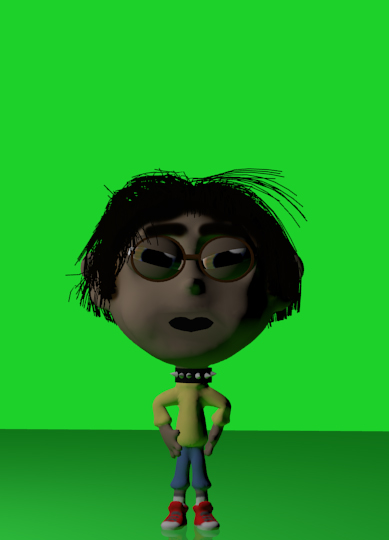 Rafael Delacruz is an artist living in New York. He has exhibited work at Levy.Delval in Brussels, the Oakland Museum of Art, the Centre for Style and Punk Cafe in Melbourne, Australia, and has a show this fall at Rope in Baltimore alongside artist (and ARTnews contributor) Quintessa Matranga. In addition to showing work under his own name, Delacruz also co-runs Last Renaissance, a frequently updated online archive of original computer–generated characters.

In one New York City week, Delacruz engages in what could be considered a classic artist activity: passively watching films while drawing. There is also quite a bit of 3-D work, some casual street photography and, of course, Seinfeld. All that and much more below, including a thrilling deep dive into the Last Renaissance archives.  —John Chiaverina

I got a very personal e-mail from Mathew Linde regarding his big move from Australia to NY. Don’t worry, it was positive <3!

Responded to an email from Marc Matchak – here is a link to his work.

Marc and I have been writing back in forth about the “South-Bay” which is somehow considered “West-Bay,” anyways, we both grew up in different times, but it’s refreshing to hear that good people come from my hometown still. We both like Tilt-Mode Army (only people who know… Will know what that is!!!) The link above is a PDF from Marc and the work is talking about “…how economies form around different people. Whereas one person might be a Zumiez shopper and another a big fan of Weird Al, all of the associations I make with those those names have somewhat free-formed throughout my life.” Quote from Marc.

I was planning a big skateboarding day with Trevor Shimizu, but I haven’t been able to buy a complete skateboard, so our plans were postponed via email. I was so spoiled in California getting everything for free :(. Especially skateboarding parts.

I sent an email to Quintessa Matranga, Leon Sadler, and Yannick Val Gesto, an image for our future group show at “BEBI” (Yanny’s new online gallery):

Leon said it was too “Broody” and Yannick said, “You guys are a bunch of incompetent designers…Love yall x”

I thought I was late responding to an email I received from Spencer Lai – they are planning an group exhibition/performance at Punk Cafe in Australia; but I made the deadline! I think I’ll make (insert character vector).

Here are some image texts:

I get an email from Matt Keegan seeing if I want a bed and bed frame for free – he is the best. <3

Quintessa and I watch Seinfeld, House, and update her mission comics YouTube Mix.

‪These were some of the choices we updated with: The variety is pretty much no rules. It’s more about music when you are bored. ‬

I get another email from Mathew Linde about moving to NY – get ready folks because he is coming!

I check my secret Twitter account and notice that one of my favorite people on there (besides Ratboy Genius) started following me – – -> Michael Guidetti.

I finished watching A Beautiful Mind for the first time.

I remember friends talking about this movie, but all I could remember Russell Crowe from was Gladiator. I always mix up Kevin Spacey with Russell Crowe. They pretty much are the same person, but I think Kevin Spacey plays more perverted parts than “intellectual” parts.

Before I leave the house I email Alex Moquist and Ian Maberley (www.lastrenaissance.tumblr.com) for our “show” ideas coming up in San Francisco. 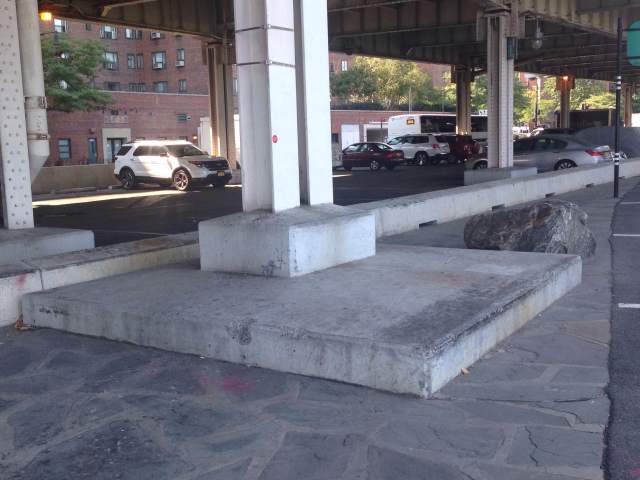 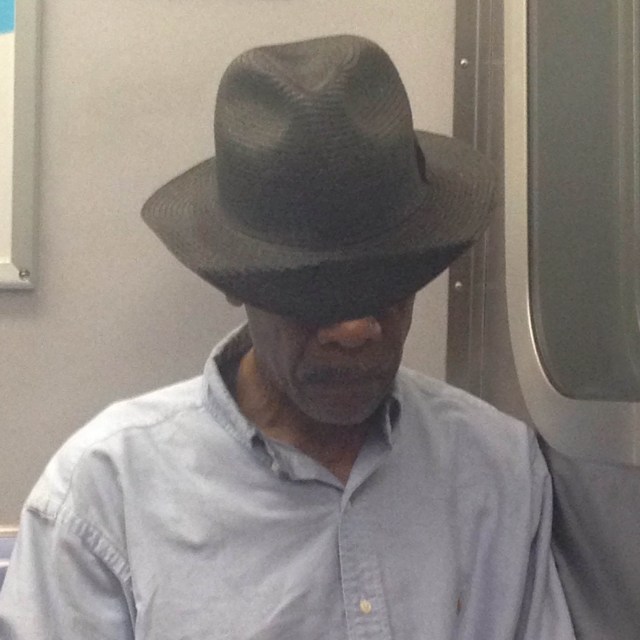 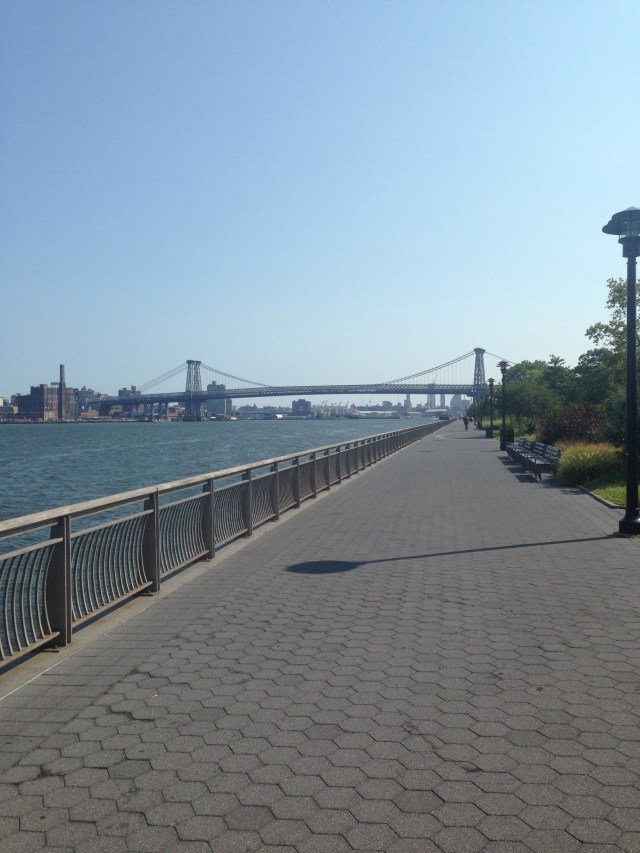 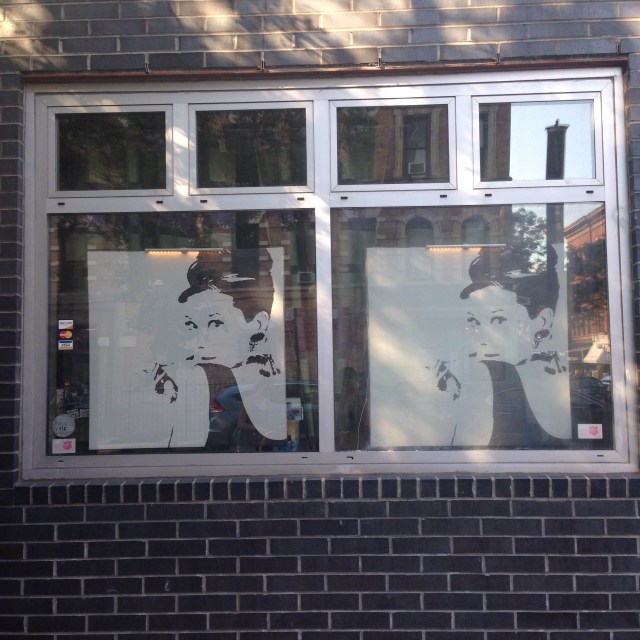 Alex wrote back to the email from this morning: “ugh i don’t knowww i think we should go realllllllly stupid for this one.”

Quintessa and I watch the video of Ben Ashlock reading a work from Brandon Drew Holmes. I recently saw this video for the first time the whole way through – I really enjoy Brandon’s writing. I can’t explain it, besides letting the audience experience it firsthand and hopefully in person someday. I recommend getting to know Brandon’s work.

I overhear Quintessa watching House – all I hear are loud screams from her laptop. Maybe someone in the show was bleeding to death; usually what happens.

I respond to Matthew’s email with some positive news – here is some proof (meanwhile—still overhearing Quintessa watching something on her laptop, it’s all car sounds like a car chase with explosions): 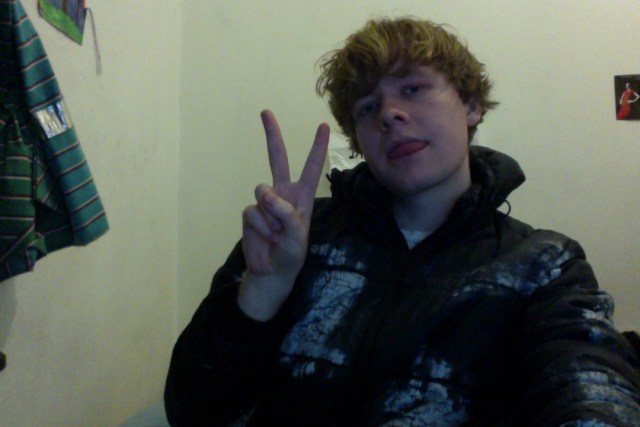 I get an email from Alex Moquist and Elliott Cost. Surprisingly they both remind me of each other. When I saw them in my email inbox I thought they were pranking me.

I receive a text message from Matt Keegan about watching his cat, Neptune.

I text Ajay Kurian when we are starting work.

Work on some new 3-D sculptures for an upcoming last renaissance project coming up in San Francisco at some gallery called Et Al in Chinatown. We are going to show 6 (?) sculptures, and I wish I could explain more, but I can’t. The one thing I can say is that the sculptures will obviously be characters and no particular theme. But we are very excited to show when we get the opportunity.

Binge watch Seinfeld with Quintessa until we both get bored of it.

Wake up and clean my “studio” (really my living room) then start watching The Plumber by Peter Weir for the second time on Hulu Plus. I love watching movies as soon as I get up, before I leave the house, or make any food. It really warps my sense of time, especially if I watch early in the morning. By 10 a.m., I still feel like it’s too early to do whatever and think about the mood of the movie through out the day.

Research other movies to watch on Hulu with trailer simultaneously on YouTube:

I have a friend’s Hulu account so it’s addictive to binge watch a bunch of films I don’t have access to, with English subtitles. I have never heard of these titles, but they all seem ultra dramatic and are great to draw to (most of the time when I watch movies I half watch and half draw, so I hear most of the film and watch in bursts). I’m always embarrassed if one of my roommates were to open my bedroom door and see me watching movies in the middle of the morning/early afternoon, while I can hear them hustling to get in the shower and then straight out the door to work. My setup is usually two laptops, phone, and a lot of pausing to listen to music while I watch/draw then continue (all of this while I’m in bed, which is the most embarrassing, or political, part) (also 10 a.m.). All of this sounds really organized, but it’s actually chaotic and lazy.

(clip from the plumber)

(1st character by cutie Alex Moquist, 2nd character from me-he is a cat dj? And the 3rd is another DJ with her head exploding)

I’ve been listening to this song a lot, it’s probably the creepiest song I’ve heard from Lil B in a while. It’s like his fake depressed emo song.

I watch the above video combined with the top video on this list. It has a sinister feel when soundtracked, 2:06 to 2:11. I don’t know how I ended up with that link.

I research some fabricators that work with fiberglass?

I go back into working on a new sculpt, but I get intercepted by an email Alex Moquist sends me. He is really good at suggesting a simple idea vs. spending “hours” in your studio in production mode. 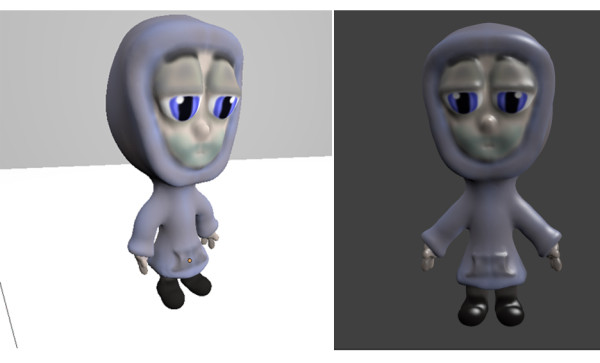 Go on to google maps and get directions to go to Governors Island.

I read an article about a Blue Whales heart – I never knew it was this big, but I guess it makes sense.

I read another article, I ended up here because I was looking for an old movie review on A.I. Artificial Intelligence (the review I was looking for was written by a 14 year old boy on creepypasta, but maybe was taken down).

My brother sends me this: 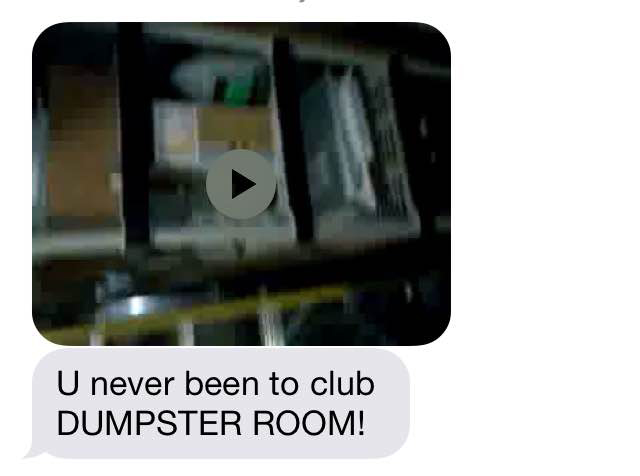 The video is really good… So I decide not to leak it.

I listen to this track on headphones while I stroll back into the Last Renaissance archives on our blog. I recently had a new friend email me that they went through a lot of the material on the blog so I decided to take a look into what they saw. I guess pretending to see it for the 1st time – which always makes me re-fall in love with last renaissance. Here are some nice moments: 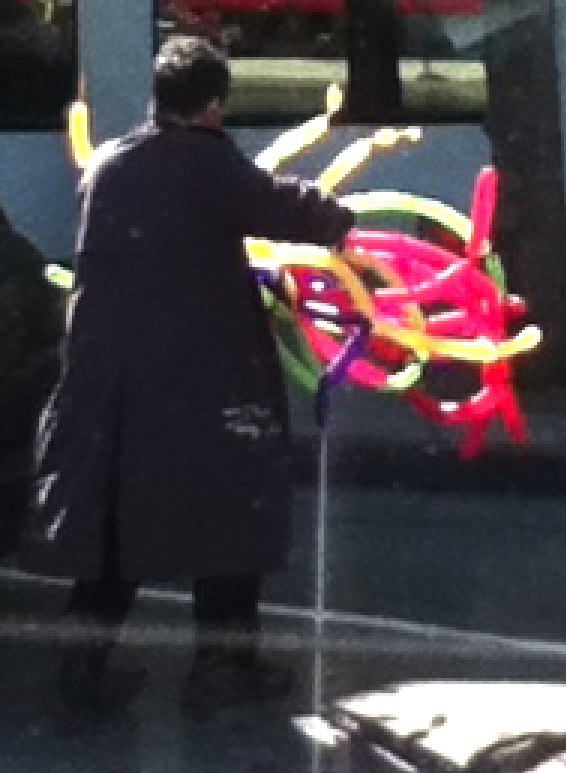 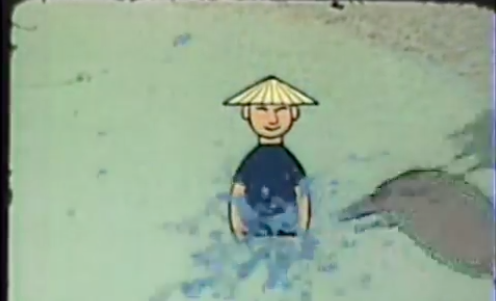 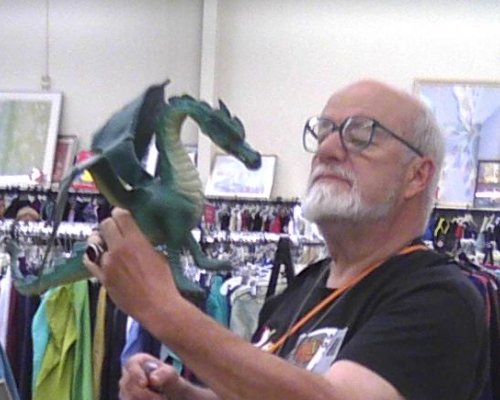 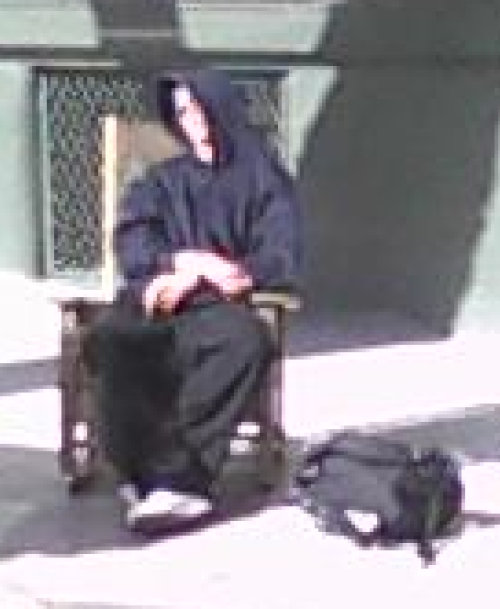 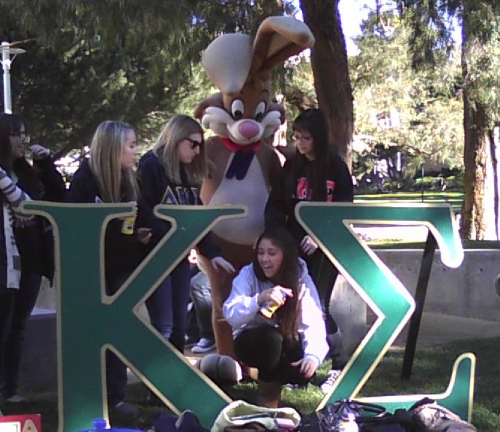 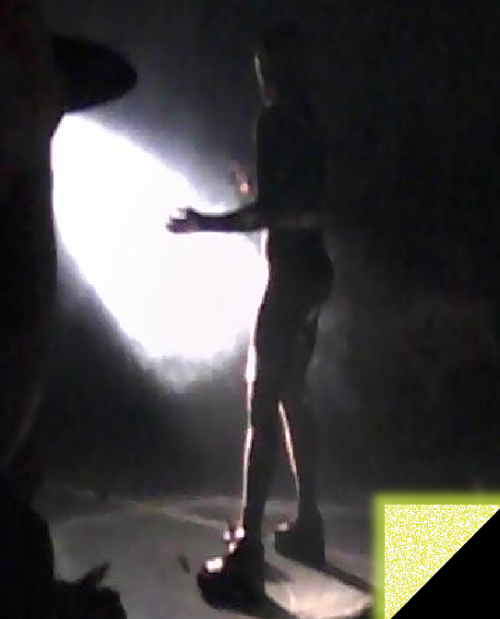 The new stage of Last Renaissance is purely characters – it’s turning into a great bank to reference when I want to see or search for something. It’s my personal search engine for past work but it’s also just work from my two favorite people in the whole world. The early stages were purely inside jokes between four friends; deep roots of humor. It was also when I was a photographer taking pictures of real life characters, who are the highest form of character, but also the scariest form of character, because of life.

I make plans with Quintessa, Hugh, and Chloe – Hugh just moved from Australia and is visiting NY then landing in London for permanent stay. (Hugh co-runs a fashion line called “HB-Peace”). We all eat dinner at Bahia. 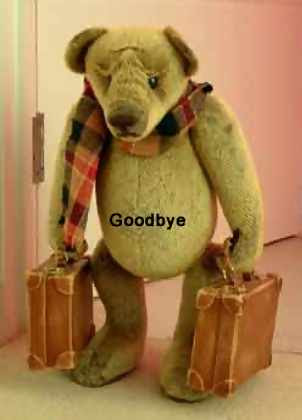 A Decade In, ThredUp Spots These Resale Trends to Watch