Theodore Darst is an artist living and working in Manhattan. His solo show “Cult Trash” is currently on view at Magenta Plains in New York. Additionally, the artist has work in the group exhibition “storefront: THIS KNOWN WORLD” at the Museum of Contemporary Art, Los Angeles. In 2016, he was included in “Dreamlands: Immersive Cinema and Art, 1905–2016” at the Whitney Museum of American Art in New York.

Darst throws down a solid Consumer Report filled with the kind of advanced media consumption that has come to define this maniacal feature over the years. Podcasts–both good and awful–are honestly reported. New work is constructed, including one piece that uses voice actors sourced from the website Fiverr to read reedited scripts from Trump campaign speeches and Alex Jones’s Infowars program. Music listened to includes the stoner metal classic Dopesmoker by Sleep, and the possibly underrated television program Young Pope is viewed. All that and more–including a trip to the Mark Leckey show at MoMA PS1 with the artist’s mother–below. —John Chiaverina

Up early. Coffee and food. Doing a thing these days where I am a total square. I basically work for the government. I do check Twitter. It’s still too early for American Twitter so nothing is fun yet.

Talk to my brother on WhatsApp and tell him about Consumer Reports. He sends me this. 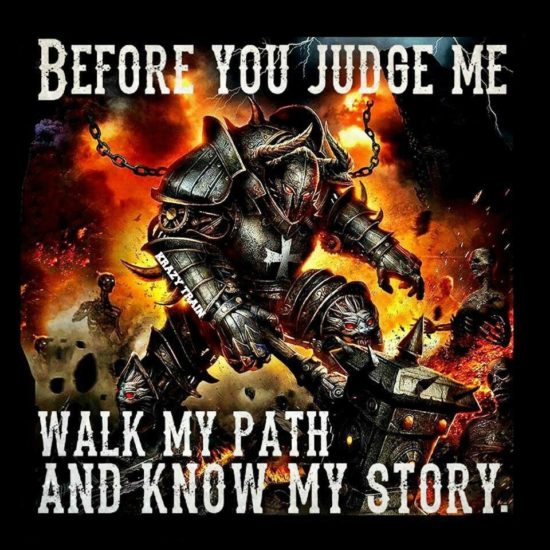 I like having a live/work setup because I usually do all the good stuff in the 2–3 hours right after I wake up or the the few hours before I go to bed. Lotta work in After Effects. Listen to the unfortunately named Intercepted with Jeremy Scahill. It’s like Punk’d. They should call it Intercept’d. Their politics are generally correct though.

Listen to Lorenzo Senni at the gym.

Get distracted by an ESPN story playing on one of the TV’s about a little boy who got Tom Brady’s number (12) carved into his skull as a tribute to his hero during brain surgery. The x-rays look like beautiful topographical maps. Waste some minutes thinking about if there’s anyone I like enough to get their number carved into my skull. Decide that I don’t. Toy with idea of getting a drawing etched into your skull and then having the skull included as a piece in your first posthumous show. Am I that type of artist?

Spend a lot of gym time text messaging on the elliptical. Make believe that I have plans or opinions involving the art fairs.

It’s nice outside. Everyone looks really beautiful to me. 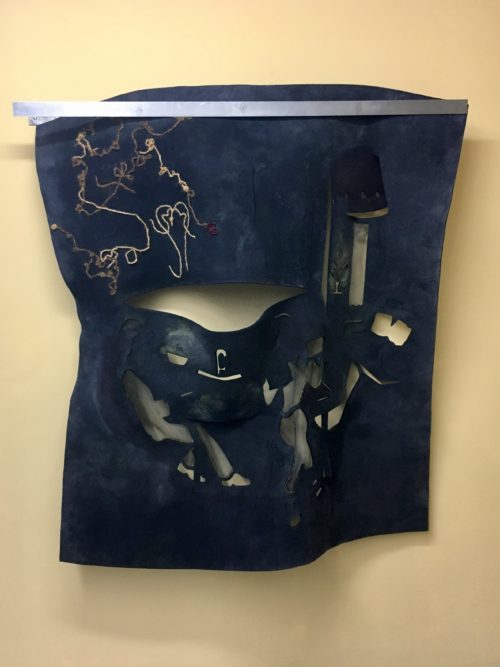 Sit at a coffee shop and read Mousse Issue #56.

Good piece from 2006 about Jason Rhoades by Gioni. Also a conversation from 2013 between Lauren Cornell and Ed Halter that feels very on point re: thinking about post-internet art and that second or third wave of web art. Interesting to see how that history is getting written.

I meet Conor at the Peter Halley show at Karma and see a few people I know. Conor and I get food to go and sit in the park and catch up. The weather is really perfect. I used to live in Hudson. Conor and I shared a studio up there and every time we hang out in the city I wish we did it more often.

Fuck around in After Effects to get renders going overnight. Wild stress about lack of progress on book I’m making. Render a scary looking man for the new video. 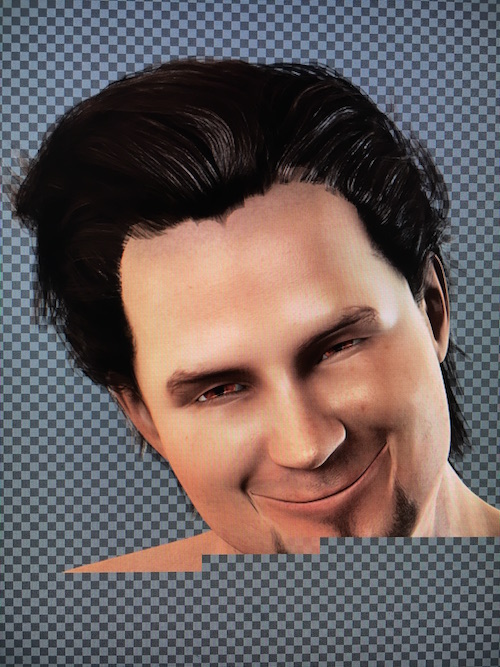 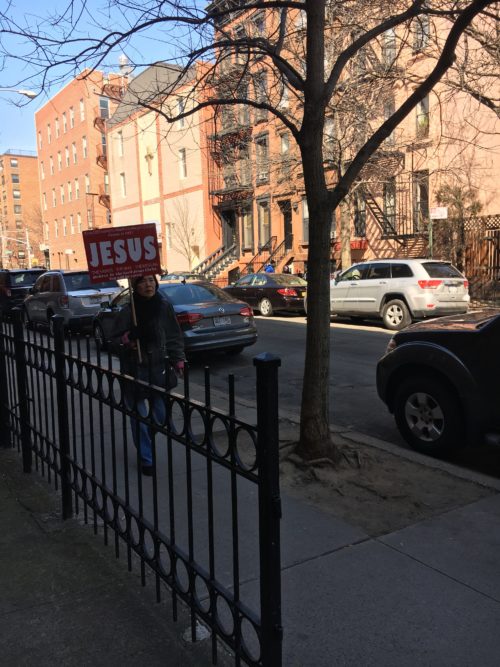 The day starts really quickly again. Listen to the new Thundercat album Drunk. It’s great. I feel legitimately happy listening to it. Sometimes I feel a little self-conscious about all the nerd referential one-liners on it but over all it just makes me happy so I go with it. Breakfast, coffee and client work until noon. Lotta stuff gets done. Take train downtown to meet Olivia and Chris from Magenta Plains at NADA.

NADA is good and doesn’t provoke any sort of soul-searching in that particular way that art fairs can do. Chris’s booth with Super Dakota looks great. 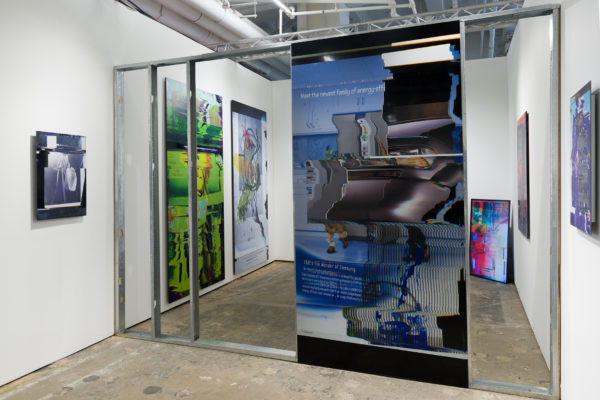 I really like Sydney Shen’s booth with Roberta Pelan that is all about Cheese.

I hang out with my friend Jaako, in town from Finland. It’s great to see him again after a year or so. He tells me about an audio piece he collaborated on with Amnesia Scanner. I bookmark it on my phone and check it out later on the train home. I recommend very highly.

Work on new animations at home. Text a lot. Listen to the audible of Insane Clown President by Taibbi. He’s an annoying writer.

My friend Kat comes over. We watch The Young Pope, which is the very best TV show.

Drinking coffee in bed while I voice chat with my brother on WhatsApp. Notice some illuminati shit on Twitter. Diagram it. Send it to Collin. 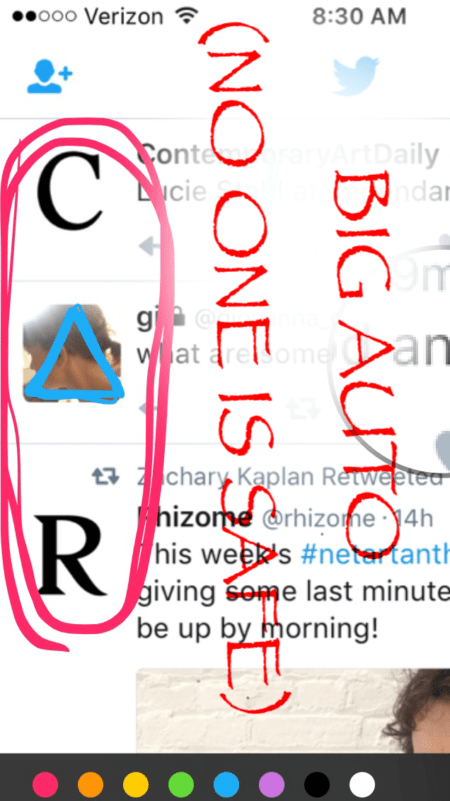 Listen to Casanova by Bryan Ferry on the train and feel cool. Meet Hadley at Union Square at noon to drop off a sweater she lent me. Have a few minutes to kill and talk on the phone to Kevin about the soundtrack for my new video. Start to feel stressed.

Talking loudly to Kevin on headset while pacing in the Petco, feel intense need for a pet bird or fish or something that doesn’t require walks and isn’t a disgusting cat (bad animals). Get outta there. It’s sunny out. Lots of beautiful people taking their outer layers off. Watch a boy/man in a leather jacket really groove out to a one-man band banjo act and smoke a yellow American Spirit. See a writer who I met on a residency walking really fast with a Starbucks iced coffee. I want to say hi but I can’t remember her name so we just make eye contact for 3 or 4 seconds. I don’t think it’s flirty.

Me and Hadley get coffee and chat. She shows me picture of the show she just did at East Hampton Shed. Beautiful curtain sculptural piece by Larissa Lockshin.

She makes a hilarious pun about someone’s last name. Get back on train at 2 p.m. Old James Ferraro (NYC, hell 3am). Wish I was crazy stoned. 3.00 p.m.

Induction Burners with Hadi and Maryam.

Work in Premiere and After Effects until way late. I can’t remember what time I crash out but I get a lot of work done. Listen to Carla del Forno. Fall asleep reading about LD50 gallery. I like a lot of the artists who showed there so the whole situation makes me feel a bit conflicted but also it has nothing to do with me so who cares.

Late start. Kat texts me a good picture of a monitor. 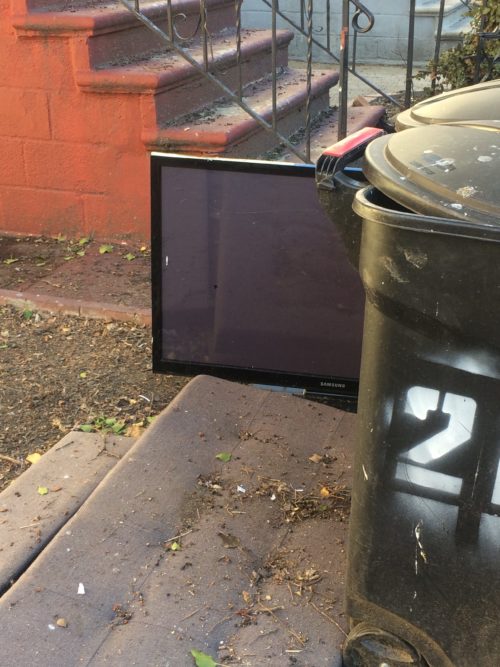 Listen to Dopesmoker. Eat a pear. 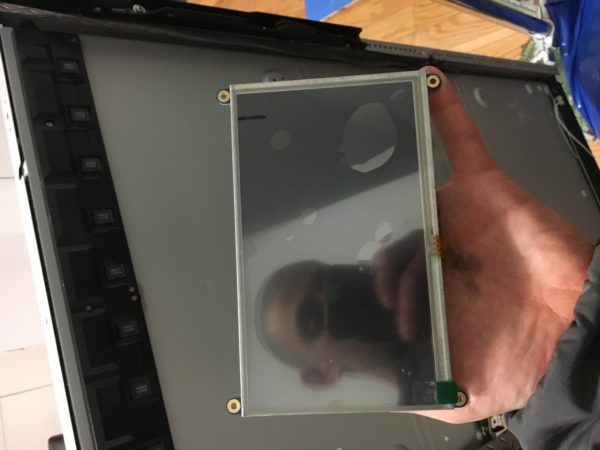 Collin comes over to watch videos for a screening we are curating. He shows me this Chip Lord video Ballplayer that is really perfect although not for the screening. We watch and greatly admire some true Red Pill Video Art by my friend Emma Pryde. I recommend both highly.

Kevin sends over new cut of the soundtrack for my new video This Machine Makes Fascists. I get really excited because it fucking SLAPS. We hired a bunch of Fiverr voice over artists to do readings of these reedited Infowars monologues and Trump campaign speeches. Without any of the surrounding audio from the video they sound pretty wild.

After initial wave of happiness. Get stressed. Lie in bed and watch three episodes of Always Sunny while text messaging wildly. Terrible nap/tv binge watch in the 8–10.30 p.m. range.

Back in the studio part of my place working on projection for my upcoming show with Magenta Plains. Do a bad job working. Just sort of unfocused flailing style of work but it calms me down.

Hit peak studio and decide to read the new Mousse magazine in bed which devolves into just watching the rest of the season of Always Sunny in Philadelphia on the projector. I usually try to just watch Marvel movies or Transformers or heavily CGI’d Sci-Fi when I’m making a new body of work, but I’m trying to take it easier on my brain and laugh more/g-pen etc.

I like what Always Sunny is doing this season with making Dennis into less of a sociopath. I feel like the show grew complacent for a few seasons with just making gay jokes about Mac and autism jokes about Charlie, but they’ve been doing a nice job working the pathos angle of Dennis’s story this season. The episode where he has a daughter surrogate/partner-in-crime at the water park is really a strong 22 minutes of video. I can’t think of a more disgusting place to be than a water park. Look at videos of wave pools while watching Always Sunny until I pass out.

Listen to James Ferraro on the crosstown bus.

Start having thoughts like “Manhattan. Capitalism. Aesthetics of reflective glass buildings. Aesthetics of white collar crime” followed by some Self Loathing. Child on bus has a pacifier but he could easily be 8 or 9 years old. He’s like a Maurizio Cattelan sculpture.

Arrive at my grandparents house. Have nice lunch with them and my mother. I help my grandfather with his scanner. He shows me this small painting he made 20 years ago. It’s beautiful. We decide to make a trade. I’m excited. 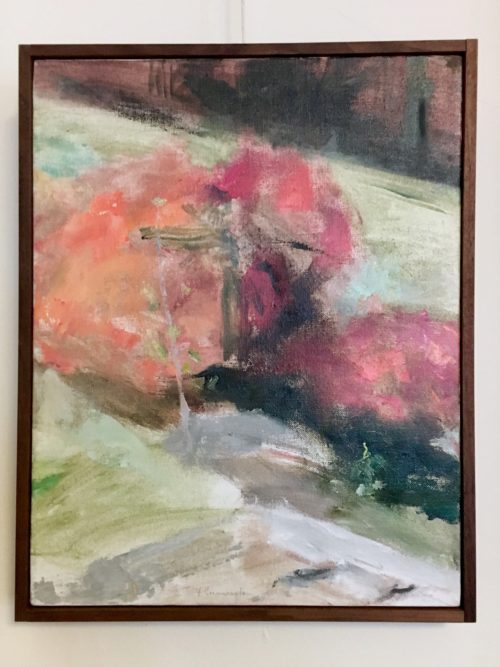 Mom and I take a cab to PS1 and catch the Mark Leckey show before it closes. I saw it at the opening but Mark Leckey is the best and I’m glad to see it again. It’s interesting to look at video work that isn’t mine with my mom. She seems to dig it. Dream English Kid makes her stressed out, but it’s also really crowded in there and that makes me stressed.

Cab back to Manhattan with mom. Ed Fornieles sends me this video. I watch it in the cab while my mom is on the phone and we’re stuck in traffic on the bridge. Sometimes your whole practice can feel very irrelevant.

Talk to Olivia entirely though voice memos for a while on iMessage. She’s better than I am at it. 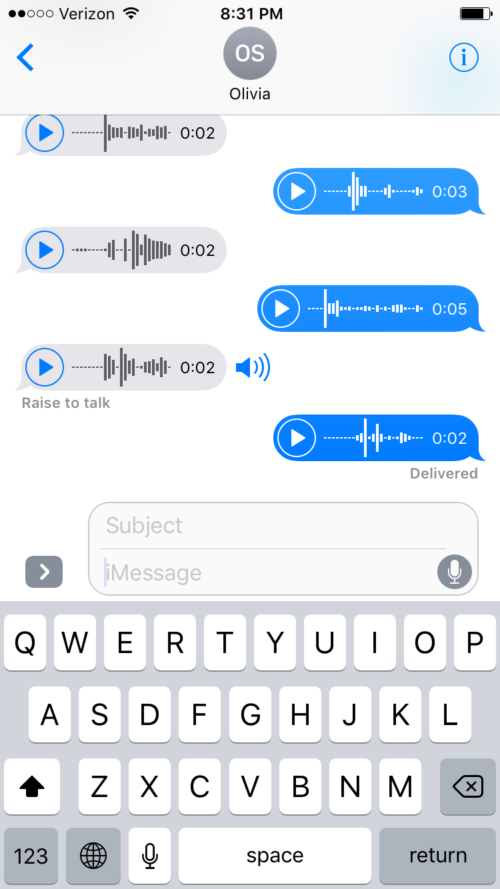 Nothing shaking on this Sunday night. I go to see the movie Logan alone. Eat half a weed gummy my friend gave me. Trailers are cool. I am fully on board with Alien: Covenant not so much with Ghost in the Shell. I think about this piece that Alex Segade wrote about X-Men for Artforum. Really great piece. We haven’t spoken about Logan yet though.

Got very emotional at the end of Logan. Single tear. One of my favorite superhero movies for sure. The second half of the film where a group of Mexican immigrant superhero children are fleeing north to Canada to avoid a government agency is particularly cathartic escapism right now. All the bad guys look like White Lives Matter activists.

Listen to Carla del Forno again on the train. Everything is quiet and a little gloomy.