Zac Segbedzi is an Australian artist working in various media. He is currently the co-director of Suicidal Oil Piglet Gallery in Melbourne, Australia, and he runs the high-quality website melbourneoffsiteindex.org with Calum Lockey, among other endeavors. Recent solo and group exhibitions include “Street Art: thanks but i can make my own shitty reality” at Punk Cafe in Melbourne, the Tarrawarra Biennial in Melbourne, “SAURSAZOBOMB,” an offsite show in Berlin, and “Backstreet Driver” at Interstate Projects in Brooklyn.

This condensed Consumer Report sees Segbedzi watching a decent amount of online food-related programs (a self-admitted guilty pleasure) as well as giving his take on the state of Australian contemporary art. There is also a trip to Ikea, music from 21 Savage, and plenty of memes. All that and more, below. —John Chiaverina

Kat gave me this book by Hana Pera Aoke (title unknown) about I Love Dick-style obsession with Tim Gentles (lol)… Was funny to see my name in there, but wasn’t completely satisfied… Said to Calum: it’s hitting all the right points, jus not extrapolating with devilish lateral force.

Craving malice… Remember that George wrote some review of Mathieu Malouf’s show at Jenny’s, ask Calum which mag it’s in. 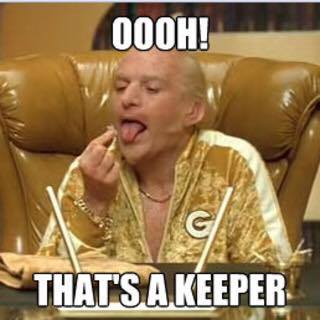 Make a list of things to read for the sake of this interview(?).
Trying not to do art this week… Addictive tendencies, need a break…

Apparently they put a security guard next to my work at Tarrawarra lol?
My dad thinks my painting was a death threat… lol, it was 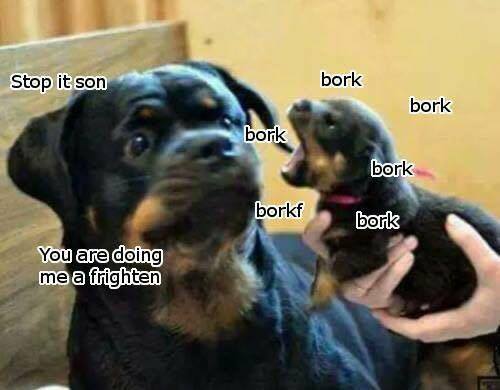 Calum and I enjoyed Simon Denny’s consumer reports…
I like how evil he is. 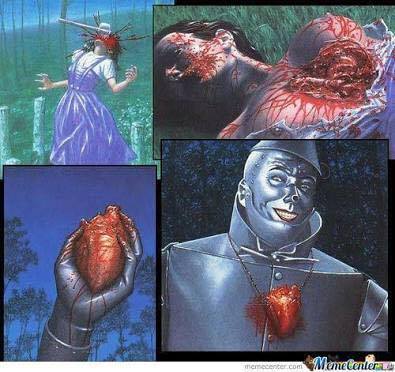 What about Australia and NZ turns everyone into anxious wrecks? Is it desperate need to obfuscate complicity/colonial guilt? … Boredom…

Wish there was more of an oceanic art scene/network… NZ art is aight. Not as dogshit as Australian art. 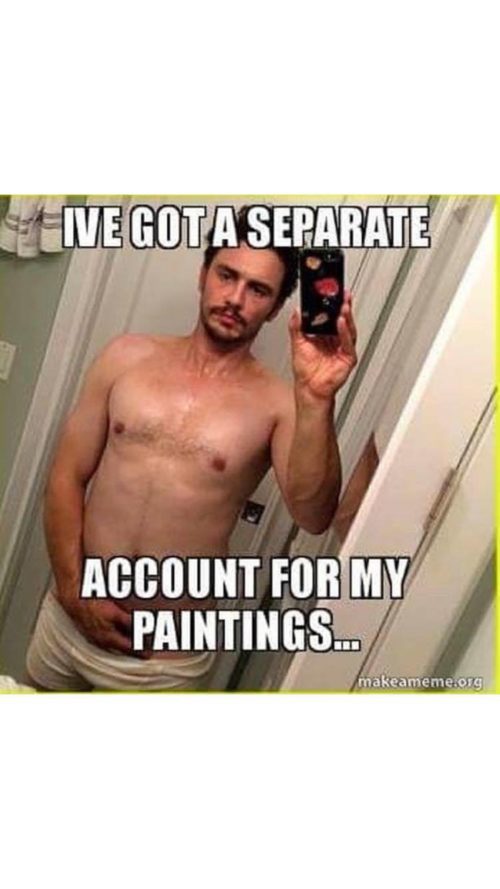 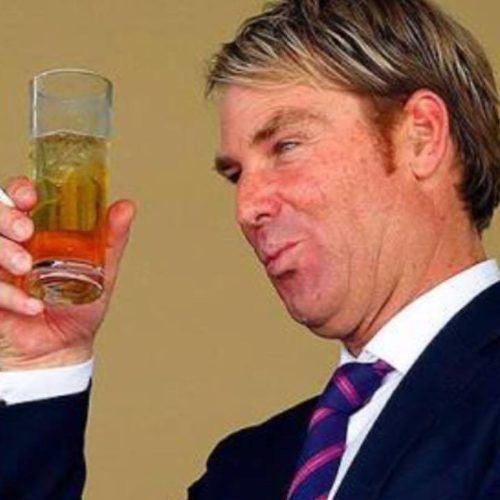 Kardashians got me into French.
That ep where he can’t say charlatan… 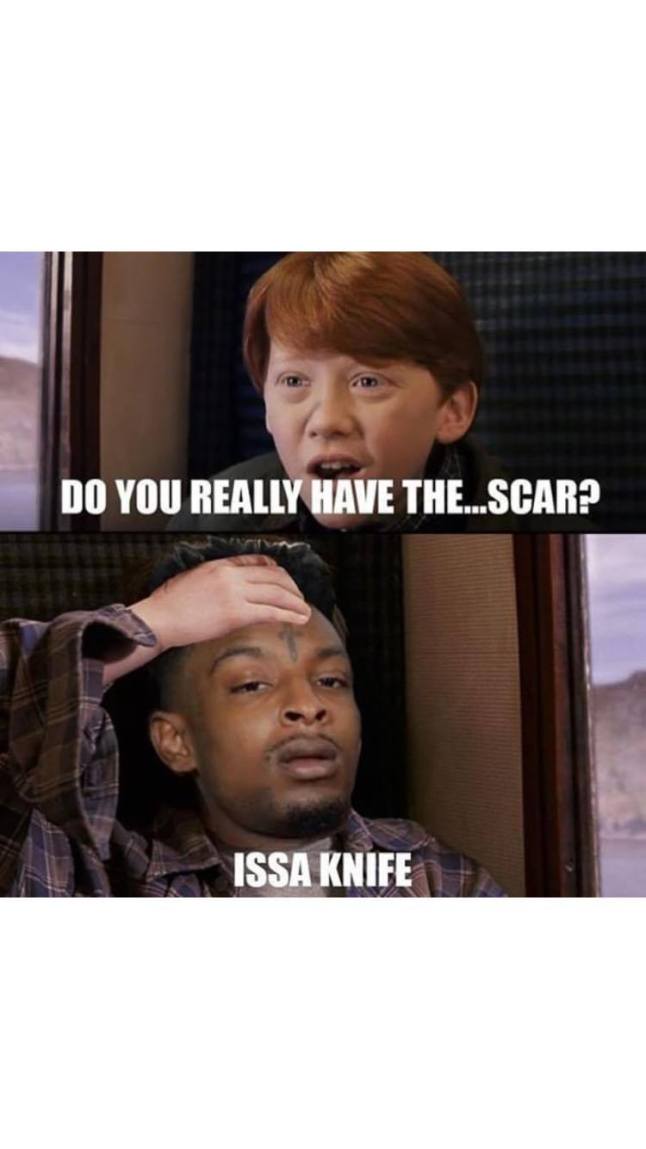 *jeremih album on repeat.
Me and my 13 yr old sister have the same fave song. 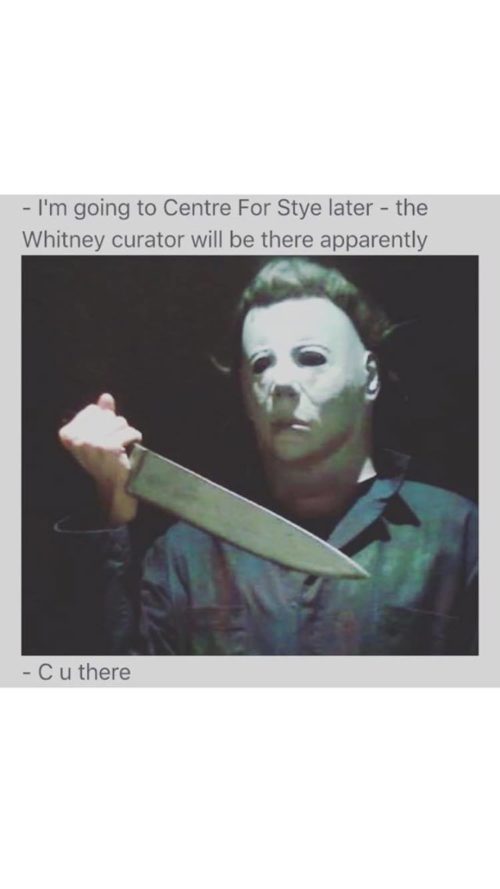 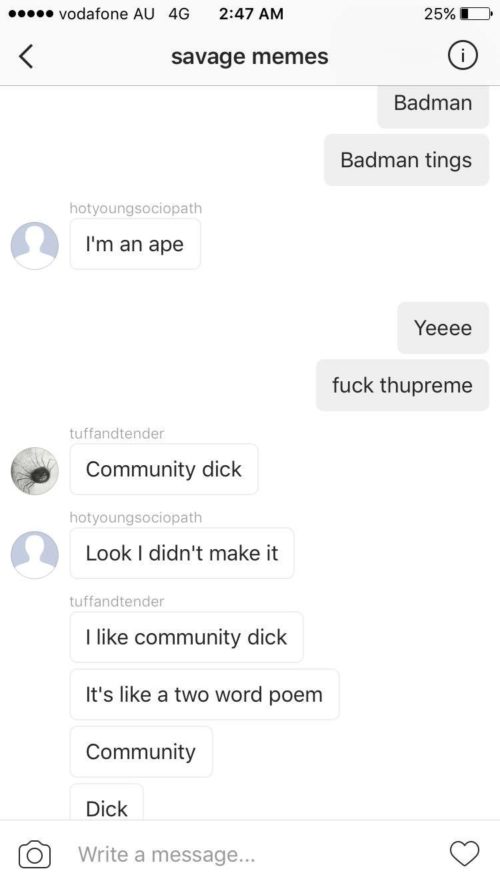 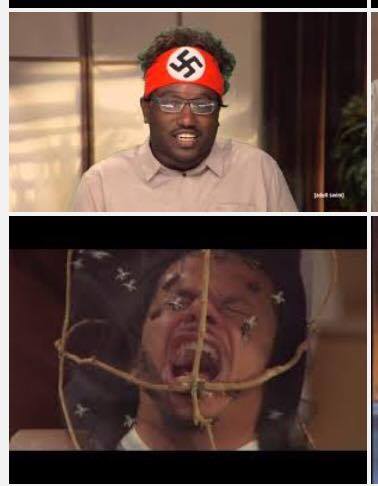 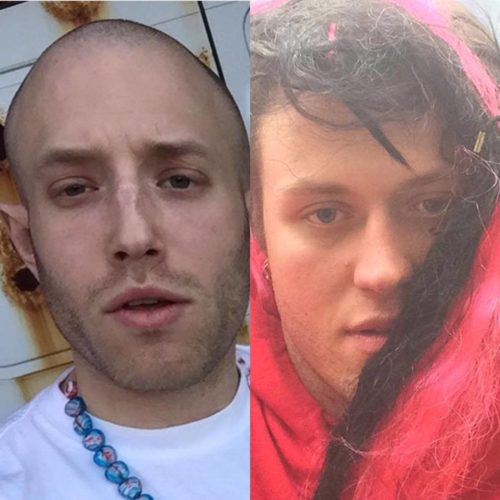 Jared Madere’s press release for his show…Calum was like ‘dude played all his cards and he had the weakest hand’ … LOL! THE PREVIOUS DISCURSIVE REGIME!!!… He oppressed yo 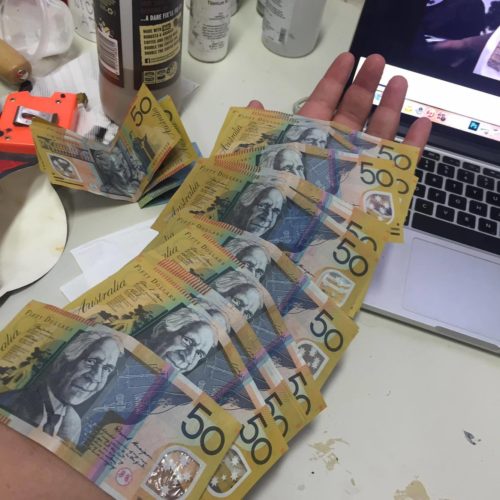 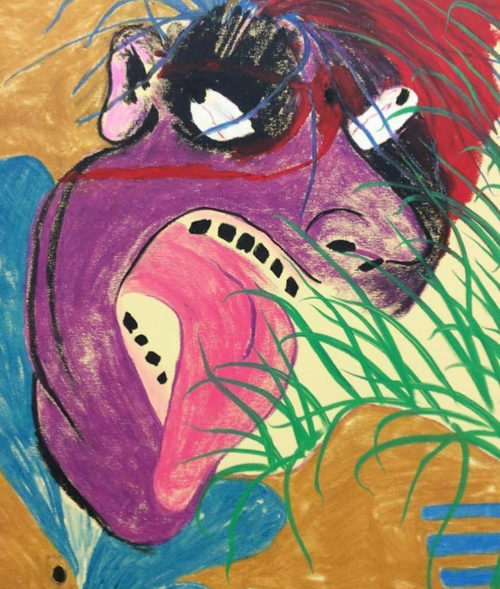 Various Munchies episodes (my guilty pleasure)
Being Frank (show about the two freaks who run frankies spuntino)
Wanted to be a chef but don’t like speed or standing up.

I saw Renee Redzepi on the street in cph. 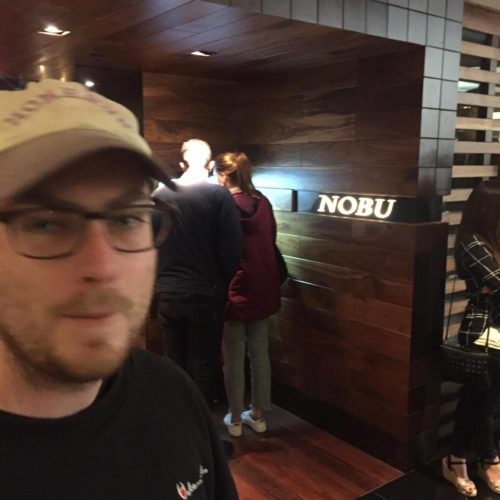 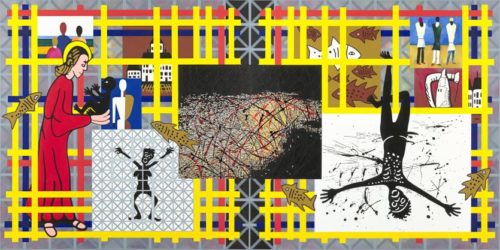 *little haiti
the bit where he screams

Those 3 lines better than that lil self flagellating rag doll.
Still like J. Wolfson tho. 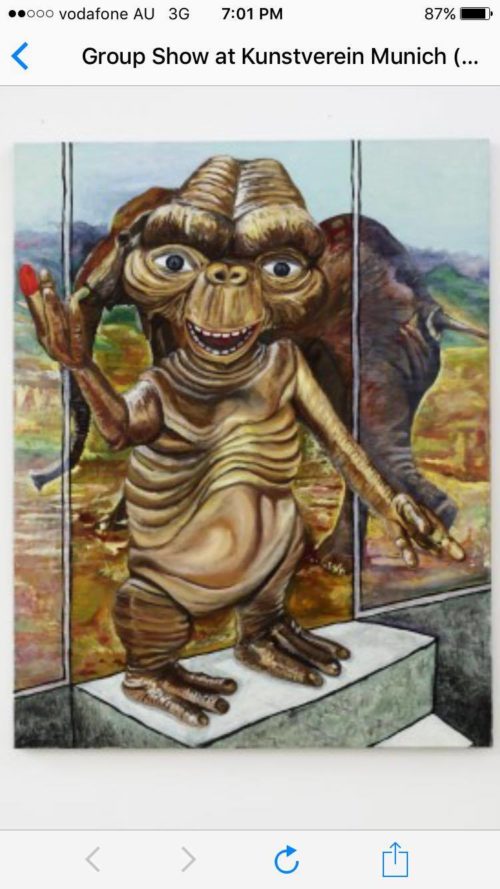 I saw Leonardo DiCaprio at David Zwirner when I was in NY. 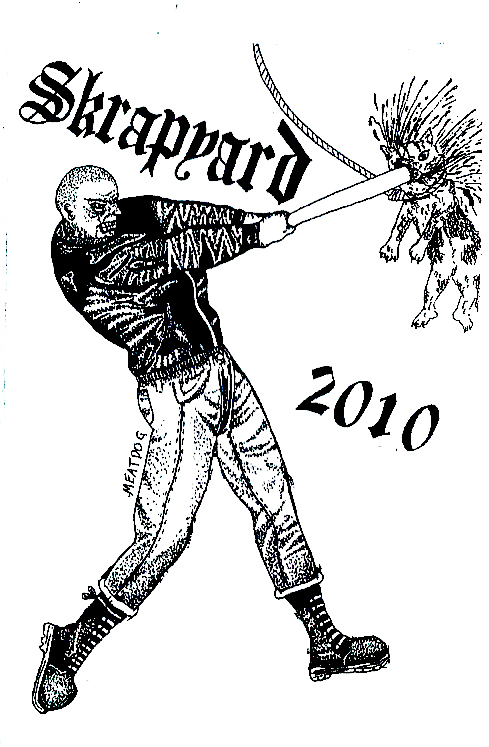 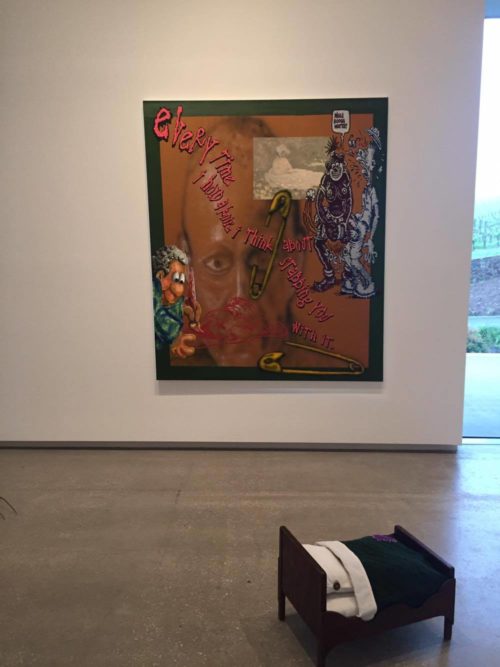 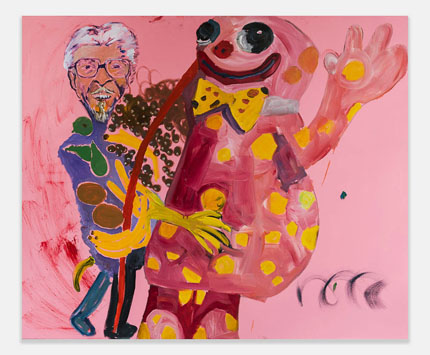 Remember Liam telling me about Eric Schmidt micro penis selfie… Went to Kavita B. Schmidt show at the new Eli Ping space when i was in NY…
I left to go get food and someone said they were scared i got shot…? 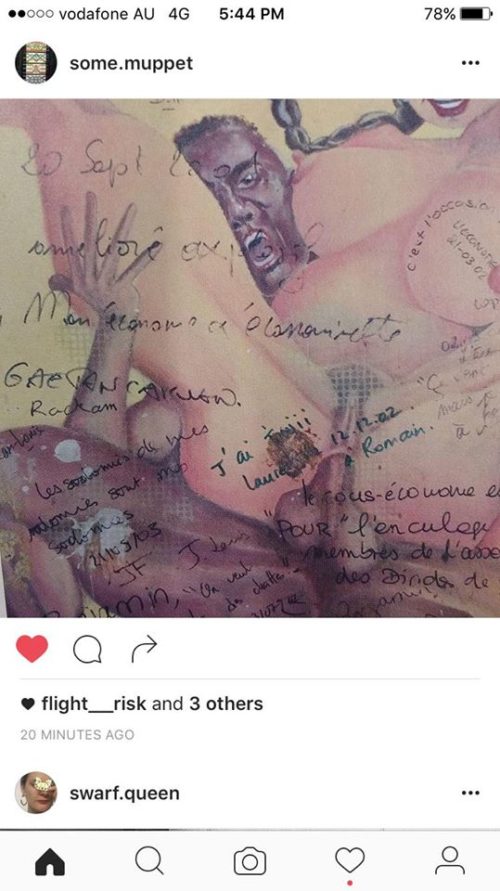 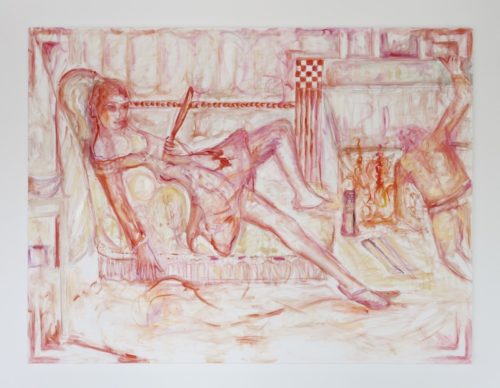 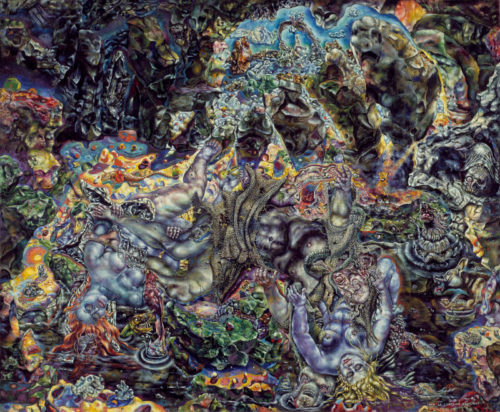 More Being Frank…
Danny Bowien is such a poser but I guess Mission Chinese is kind of like the restaurant version of offsite shows? (uh-oh) 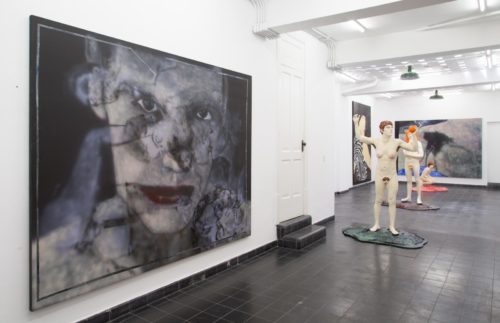 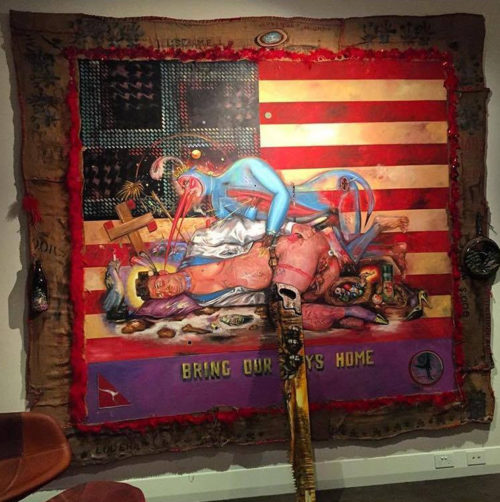 I went to Ikea. 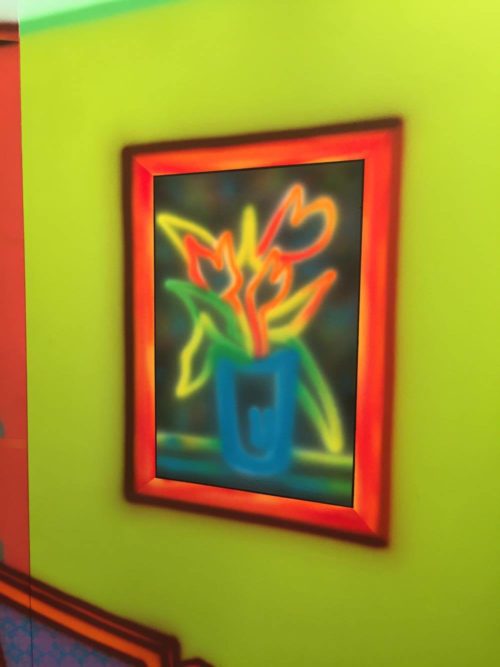 I think I listened to that 21 savage mix tape a few times.. Read the Ikea catalogues.. Probably watched a bunch more cooking things. 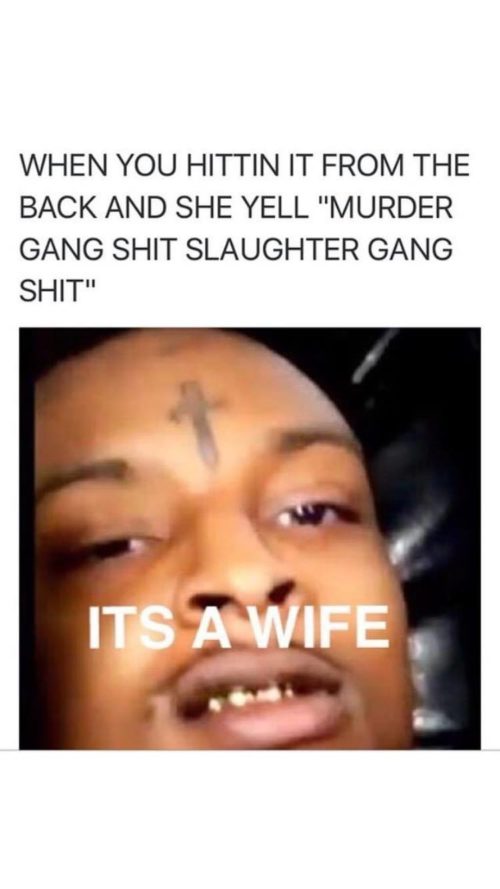 Conan Gray Details the Downfall of a Toxic Relationship on ‘Jigsaw’