Zane Reynolds is an artist and musician based in Los Angeles. Reynolds makes electronic music under the SFV Acid moniker as well as drawings and paintings that explore life in his homeland: California’s San Fernando Valley. Reynolds has a show currently on view through July 30 at The Middler, a new apartment gallery in Brooklyn.

A Reynolds week is spent traversing the SFV streets that he knows so well, emitting a constant stream of creativity along the way. Drawing happens at Starbucks, Peets Coffee, and even the local boba spot. Music is sometimes attended to bedside before sleep. Also, ruminations on the state of the contemporary freelance artist/musician, which includes perhaps the best invoice I have ever seen in my life. And more! Reynolds is a Southern California legend in the making. —John Chiaverina

It’s extremely hot in the valley now. Over 100 degrees. I go in and out of sleep in a puddle of sweat. I’ve made the decision in my head that I will not be going to the studio today considering it’s hotter than an oven. 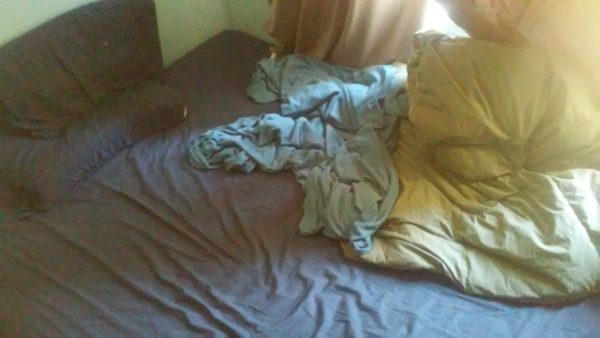 I sit around for a while and think. It’s too hot to eat, I drink a few glasses of water and I pack up some stuff for the day. Sketch pad and pens.

I sat back down again before I left, realized I should probably eat before I leave. So I made a salad with olives and canned trout.

Got into the car. I need to get gas. The gas station on Oxnard and Reseda fills up bigger than most around here. I passed the Prangeline metro stop to see the Trader Joe’s employee who had commented on my ICP T-shirt. The gas station has TVs which drive me up the wall.

Whole Foods. Lounge area was packed. Bar was packed as well. So I made my way to the BBQ area. No one was sitting there so I started to draw. I had to get a few postcard-style pieces done for some vinyls that are coming out.

I managed to do two drawings whilst listening to General Hospital in the background. Sometimes the mélange of ads will make the drawings better. A couple with their daughters were bickering the whole time I was drawing. The couple was very “South of the Boulevard” (a term that is used for people who live South of Ventura Blvd). The dad was wearing an Indiana Jones hat and had a few rings in his ear. He stared at his phone while his British wife asked him to listen to her. Work worry and problems with their beautiful anorexic daughter were all laid down on the table in public. It got extremely cold so I left. 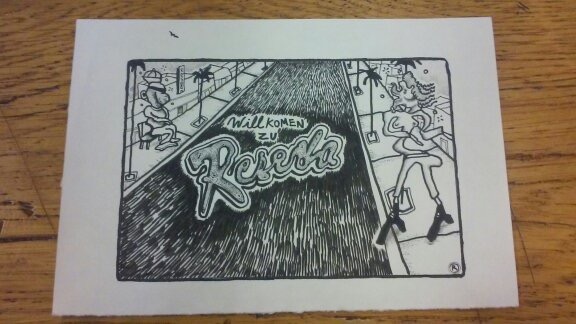 I drove up west on Ventura with the AC on. Looked at all the movie and TV ads, and thought how I will never see any of these films. Phoned my friend Tona; he informed that the studio is too hot to be in.

Stopped by Trader Joe’s for a coffee. It was cold inside. The sample lady was explaining to another employee a list of recent serial killers/mass shooters and their astrological signs she found on the net. She said most of them were Virgo and Gemini. I’m Gemini.

I sat outside on a bench where I could feel the draft from the inside of Trader Joe’s. I watched a man in a Tesla give the parking instructor an umbrella and a water for the heat. The parking instructor was not thrilled but took the umbrella and the water. As the white man slipped into his Tesla he said to himself “yup that should be better.” My Russian girlfriend messaged me. She asked me what I thought of Palmbomen and I said he’s passé. She also asked me what I was doing, I said I was doing a Consumer Report.

Drove to a Starbucks. Got bulldogged by a man with tattoo’d tears. Passed the Starbucks while talking to Anthony Atlas. Walked into my HOT studio. Anthony and I had a great conversation. Drove to a Peets and got to work on some drawing again, they were playing QUEEN at Peets. Drew for three hours. Passed a Le Pain Cafe that was offering iced tea and I grabbed one. 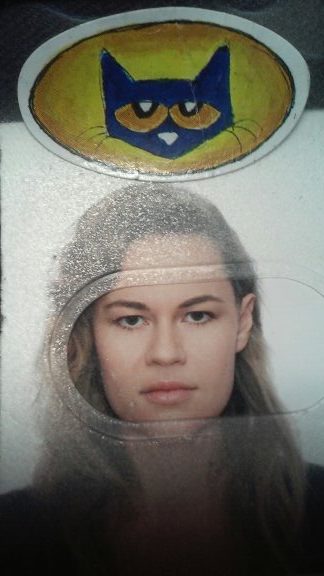 I beared the heat and went to the studio to paint. The one good thing about the heat is that you’re constantly sweating, which gives off a cleansing effect.

I have a synth rig beside my bed so when I sleep and wake I can make a lil music. 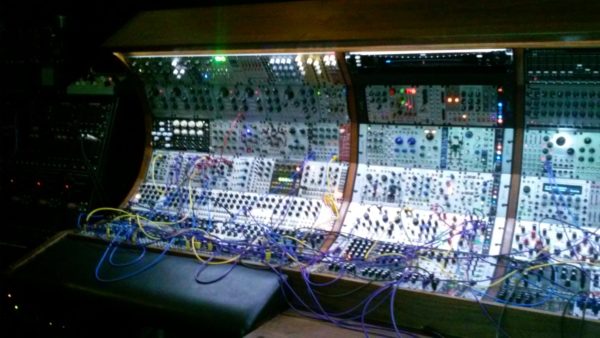 Not sweating as much today, tho the slivers of sun coming thru my drapes felt like it was searing my skin, I woke!!

The radio was on today, my mom (yes I live with my mom still) had turned on KPCC, someone was talking about the teachers protest and the Venezuela crisis. It made me immediately think the world is hot as hell, and when is Cali going to be in a serious food and water crisis. Will the poor be killing the rich? Will LAPD militarize even more and kill the poor… Most likely.

Then the wildfires, the record heat wave, the Dalai Lama talking gun control…

I open FB to see a photo of my friend Nic Amato, in front of melting glaciers. “We only have 25 years to live,” he replies. I shut that shit off.

KPCC is now talking about the Airbnb crisis. Illegalities and short-term rental use is talked about under the shade of a neoliberal non-humanitarian substructure. The talking head is speaking about a solution between short-term renters and low-income housing. For all I know we in L.A. don’t support two-state solutions for the low class. Fuck, this dude is talking about this like he’s talking to dumb children.

Going to try to get the www.dobedo.uk shirt done asap.

Walking around Reseda and I love it. Crazy people trying to use pay phones. A town of small business destroyed by mall culture. Lonely, great. 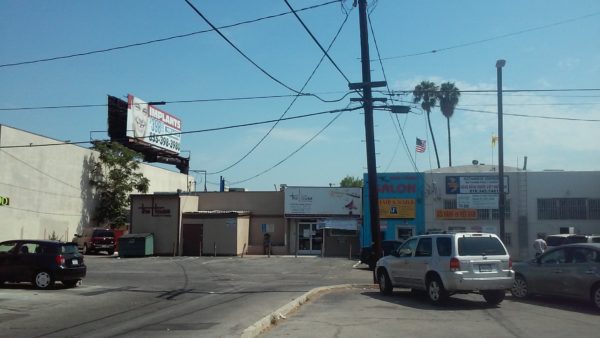 Been drawing at this boba spot on Reseda Blvd. Once again I’m slammed with a TV playing General Hospital and another playing The Steve Wilkos Show (Jerry Springer’s bouncer). I’ve got white rich people problems and trailer trash ordeals playing simultaneously. I get a text from my friend Andrew Felix asking me if I’ve ever played with a Klark Tekniks compressor. I continued amidst the TVs. 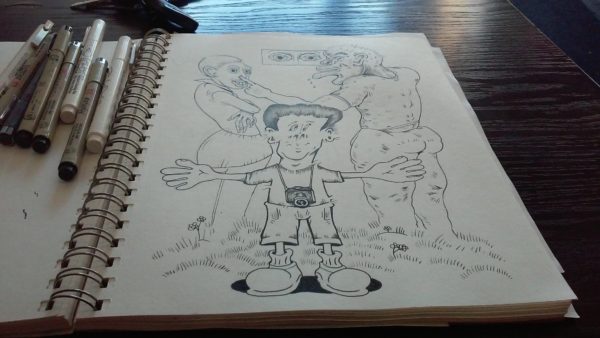 I checked FB once again, looked into that deadspace for a few minutes. Checked my Wells Fargo account………………… 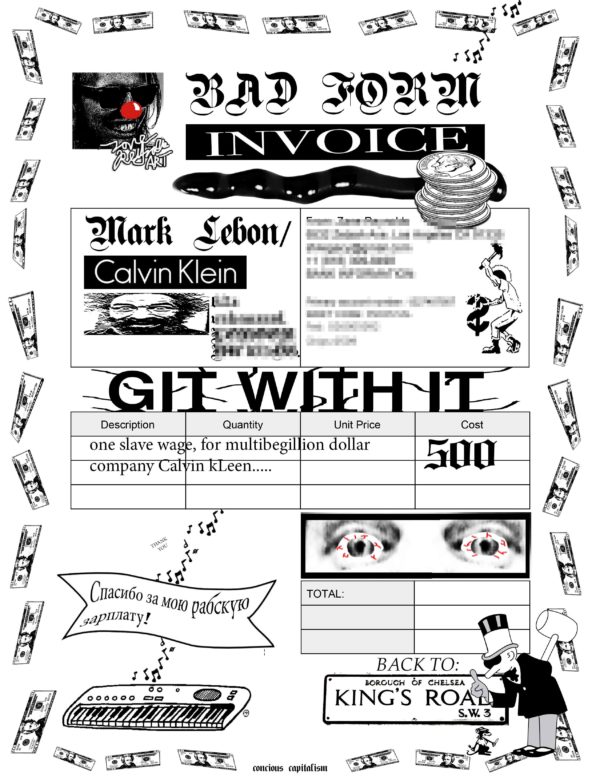 Took mom out to Paquito Mas. We talked about the lack of bookstores around and work. My mom is a freelance toy designer and we are both in similar positions with work. 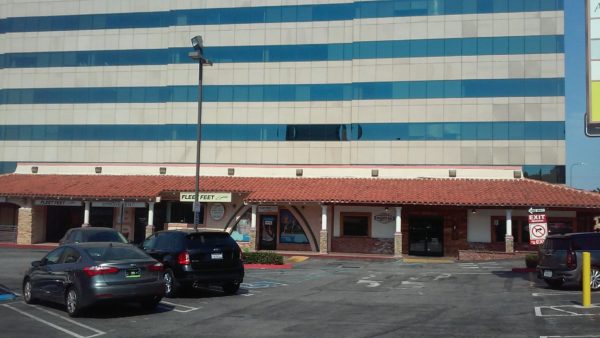 I watched ESPN during the meal…

It’s cooling down, I will probably go to the studio and get a good 7 hours in.

I left the house towards Eagle Rock/Highland Park area where Felix lives.

Got to Felix and checked my mail, I wanted to make sure Mark got my invoice, he did, he replies nice invoice and has added some money because of it (not enough money though).

Andrew and I discuss sound, we are implementing new technology for sound devices. We discuss tonal attributes to the things we enjoy, and formulate more straightforward ways to get good sounds, faster.

I go get gas to go meet someone who I had met for a brief moment at Cyrus Rex’s house. I can’t remember his name, he wants to “jam” and he works in the music biz. I get to his pad on Broadway across the street from the Orpheum Theater. We talk about music for awhile and our lives, he ghost produced many a track for Lana Del Rey, we jam, we talk more, I go more into depth about my endeavors and he tells me I need a lawyer. We jam again, we talk, it was good.

I go to TAIX’s social club to see what bored white artists are not doing with their lives. I say hello to Natasha Ghosn. I sit and talk to Nevine Mahmoud and Santi Varnetti about art stuff. Santi and I left to go to Tenants of the Trees. It looks like only cokeheads hang out here. The music was too loud. Bought 1 drink and left.

Listened to the classical station on the way to the studio at a very low volume.

Painted (looked at my phone a few dozen times).

Paced around a bunch, and thought about some ideas.

Talked to Jerry (a synth dude renting out a space in the studio), he was listening to punk on Spotify, I found that to be completely contradictory of “punk.” I told him to go full media fascist and to stop listening to any streaming services. Fuck streaming services, it’s an exploitation of everyone on all sides. Ads yo Ads, thats how they get’cha!!

I almost forgot I have to go watch Minette, my friends grandma who is 100.

I also had realized I left my PAYPAL debit card at Tenants of the Trees……………………….

I arrive, she’s watching some late-night show. We talk about the HEAT, she asks me to turn on the air conditioner in the morning. I fall asleep.

I wake in and out from a massive visual migraine (a headache which makes your vision go away).

I finally woke with a little bit of the rainbow spectrum from the migraine. I know my day will be painful from here on out.

Had some water and sat down with my hands in my head. I looked at my phone for a while and realized that was too painful.

Made it to the studio, painted for a while with this fucking headache, drank a few bottles of water. Talked to Dorian Lord on the phone. Sat around, lied down, fussed about and drank some more water. Checked my email, went on the net (did only the things one could do with a HEADACHE).

Jerry and Tony came by the studio, they wanted to get beer. OK. My headache was still around but getting better. I drove to Trader Joe’s. We created our own 6-packs.

Had a few beers, didn’t really help from my headache but it distracted me to paint. 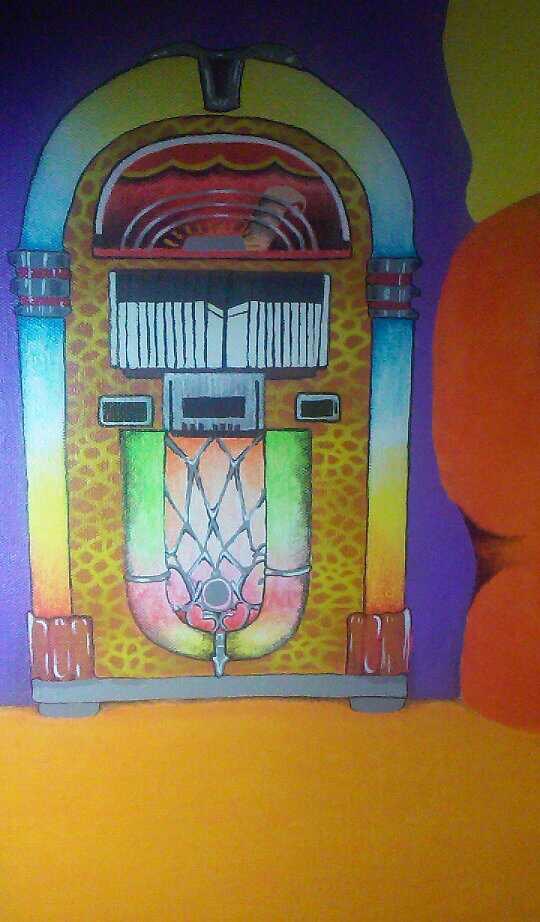 Went over to the Canby (a bar) where some rap night was happening, hung out in the back, and kicked down a few more (headache was still big).

By this time I was in a half blackout mode, probably more from dehydration and the headache, but the beer sure induced it. I threw up several times and walked around the block, then slept in my car. 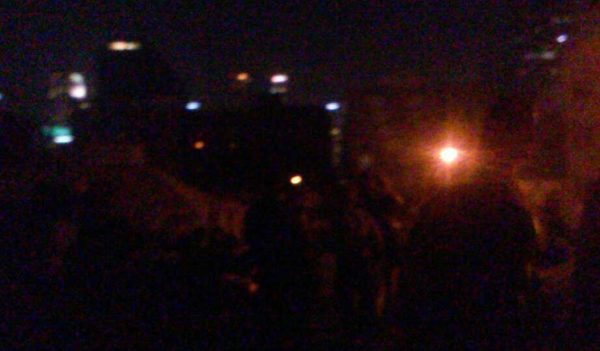