As Fever Ray, Karin Dreijer has made two albums of dark, seething electronic pop music with a booming voice and a gothic tinge. Her latest, Plunge, was released in 2017 to acclaim from critics, as well as fans of her work as one-half of the Swedish duo the Knife. Martin Falck is a designer who worked closely with Dreijer as the creative director behind the visual campaign for Plunge, including music videos, cover design design, and other aesthetic elements. —The Editors

Top of the Lake
Top of the Lake, the 2013 TV series about a missing pregnant girl by Jane Campion and Garth Davis, and its 2017 sequel Top of the Lake: China Girl are a revelation. I don’t think I have really felt the extra layers of greatness in their kind of storytelling before. Campion is extraordinary, and the actors are amazing. Both Martin and I are a bit in love with Gwendolyne Christie (we tried hard to cast her for a video recently). She’s so funny and cute.

The Red Squirrel (aka La ardilla roja)
In 1993 I was in love with Emma Suárez, who acted in this film by Julio Medem. I saw a lot of his films back then, and I was obsessed with their dreaminess and magic realness. The two main actors in The Red Squirrel trick each other—and themselves—while playing out a story about them having a relationship. You know it is all made up, but at the same time it’s not very different from a “normal” love story in which people project their wishes and desires onto each other.

The Girlfriend Experience, Season 2
Two episodes left of this TV series inspired by Steven Soderbergh’s movie from 2009 when I write this! Lesbian drama and coolness, power, sex, and money—all you need when you have a cold in snowy Sweden and need to rest for days. I try only to watch TV series when I’m sick; otherwise I stay awake and watch until I finish, which normally is impossible to combine with work and mom stuff. 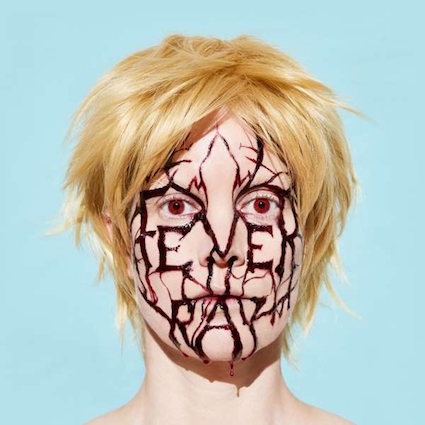 Susan Sontag
When I first read Susan Sontag’s “Notes on ‘Camp,’ ” I had a revelation. It was the first time I had contact with a text that took something that meant a lot to me but that people around me usually degraded as ”kitsch” or just bad jokes and considered it as something serious. It gave me a feeling of belonging, and it reinforced my belief in the importance of talking about taste and aesthetics. Also, reading Sontag, I never feel that it’s over intellectualized or too theoretical—I completely 100-percent understand her.

Michael Alig
I was always obsessed with the story of Michael Alig since reading the book Party Monster: A Fabulous But True Tale of Murder in Clubland by James St. James. For me, Alig took the idea of a being a chameleon to a new level. It seems like there was no real Michael Alig beyond a constantly transforming and changing character. Watching talk shows that he or James St. James were on, the message they tried to get through made so much sense—but they were so ridiculed. I know it turned out bad and that in the end he killed someone—that part is very sad, and I wish he wouldn’t have done it so he could have continued creating his spaces.

Hal Hartley
I like Hal Hartley, especially his films Amateur and Simple Men. I think they play with the border between being really bad or super good, and they always surprise without drowning you in cheese. They are a never-ending source of inspiration.

Liquid Sky
This movie directed by Slava Tsukerman in 1982 is one of the first queer sci-fi films I saw. For me all sci-fi is queer and usually has a queer theme, but in Liquid Sky it all seemed very outright. The film’s visuals also connect perfectly with the theme. It’s set in a future that looks very much like an ’80s night club, with neon lights and New York rooftops. It also has amazing computer-animated graphics that mesh different types of colors and objects. It’s so inspiring that a bunch of people made this amazing film with almost no budget.