The beloved band Yo La Tengo has been making spirited, moving, and increasingly refined rock music for more than 30 years, after first forming in Hoboken, New Jersey. The longtime core lineup of the band—Ira Kaplan, Georgia Hubley, and James McNew—recently released There’s a Riot Going On, an excellent (and decidedly non-riotous) album full of gentle but nervy art-music forays and hushed indie-rock hymns. For the latest “Muses,” Kaplan told ARTnews about some of his favorite art experiences of late. —The Editors

Vija Celmins
I’m not particularly familiar with her work, but last year I was traveling out West and went to the Anderson Collection, where they had Barrier (1986) on display. I was really moved. A lot of times people ask about influence or inspiration, and I usually run away from that question as fast as I can. But I’d say that painting did in some way inspire the cover for There’s a Riot Going On. The cover art is a photograph that Georgia took of a different artwork and then worked on with Mark Ohe—actually the photo she took got altered quite a bit in the finished version. A lot of times things just kind of resonate and I prefer not to think too hard about why that’s happening and just letting it sit in my brain and do what it wants to do. I definitely don’t like making the connection for someone else.

Lonnie Holley
We went to Mass MoCA late last year and were quivering after our thrill-ride in Laurie Anderson’s virtual-reality exhibit. We went to see what else they had on display, and the title of Lonnie Holley’s After the Revival (Vox Humana III: The Strength of Music Lives After the Instruments Are Destroyed) really registered with me. It’s a bunch of musical instruments that have been destroyed—I’m not sure if he trashed them himself or if he found them trashed—and, being a musician, it felt meaningful. It looks amazing too. A lot of experiences with art, I read the description and it’s like, “Wow, that’s really clever—an interesting idea and approach.” But then the actual work doesn’t really grab me visually as much as the thought behind it does. I don’t know what the thought behind this one is, but the work made me keep looking at it.

Dorothy B. Hughes
I read a lot of crime fiction. I think it probably goes back to when I was young and it was something I shared with my dad. I remember learning about Ross Macdonald from him and reading a lot of his books, and then having that in common with Dave Schramm, who played in our band off and on. On our first album [1986’s Ride the Tiger], Dave wrote a song called “The Way Some People Die,” which is named after a Ross Macdonald book. But Dorothy B. Hughes wrote In a Lonely Place, the novel that the Humphrey Bogart/Gloria Grahame/Nicholas Ray movie is based on. I loved the movie, and I only read the book recently. Film Forum did a series of movies based on the work of female crime writers, and I went out and found the book, which is really different than the movie. It’s sort of shockingly different. I won’t give it away, but it was a real eye-opener. Loving the movie, it was interesting to read the source material and think about how liberally source material can be adapted.

Chris Nelson
He has been performing in New York for probably close to 40 years now. He started in a “No Wave” band called Information. They didn’t last very long, but he and Phil Dray from Information formed another band—the Scene Is Now—that continues to this day. On occasion he’s sung with us, kind of channeling his love for Iggy Pop. He sang Stooges songs with us, in complete terrifying verisimilitude. Over the summer we went to a little bar in Brooklyn where he and one of the members of the Scene Is Now sang Frank Sinatra songs. He’s not the person most likely to sing Frank Sinatra songs, but it was really powerful. Everything he does is inspiring, particularly because there’s so little of an audience for him. He’s just doing it out of his kind of expression, and his whole group is incredible. It always disappoints me that every time they play it’s their same friends going to see them. I think the whole world should be hearing the music they’re making. 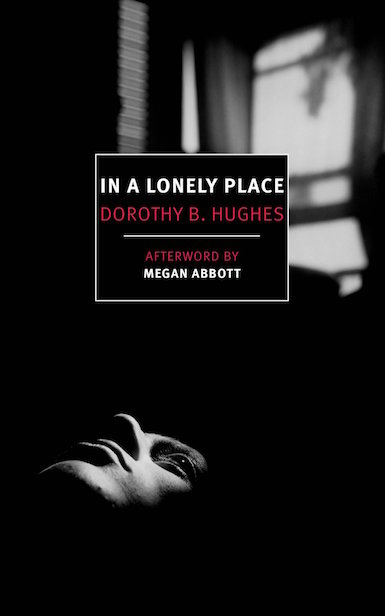 Agnès Varda
I love going to the movies—I’m not big on watching them at home. I’ve owned a DVD of Agnès Varda’s The Gleaners and I for a long time and have never gotten around to watching it. But her most current movie, Faces Places, is just incredible. She is so compelling and her relationship with her collaborator, JR, is really moving and funny and interesting. Looking over this list, all of these are people with long careers, and most are older than me and still working. There’s something to watching Varda think about her age and deal with her age—her past and her future—and turn it into incredibly moving art. The humanistic aspect of it, in these times especially, is so resonant.

Yayoi Kusama
To go back to the first one, the jumping-off point for our [2013] record Fade was Yayoi Kusama. I have a funny background with her. When I was 11, my parents for a birthday present said I could pick a show at the Fillmore East and go. It was a remarkable experience for me, because I always wished I was old enough to go there but wasn’t. In some kind of panic, I picked a show that for a long time I regretted choosing: I wished I had shown more patience and gone to see Jefferson Airplane or Jimi Hendrix or something, but instead I chose a show headlined by Country Joe and the Fish, who didn’t really matter that much to me. But that show has really improved over the years, because the middle act was the original Fleetwood Mac, with Peter Green, Jeremy Spencer, and Danny Kirwan. I remember thinking they were incredibly great. Another thing was that there was this performance piece, Yayoi Kusama’s Self-Obliteration, a strip show—that’s essentially what it was—with people getting on stage, taking off their clothes, and painting polka dots on each other. I didn’t even realize until way after the fact that I had seen this authentic 1960s Happening. So I sort of bumbled into a pretty great show. Anyway, we were thinking about her work a little bit, and it led—either obviously or not so obviously—to Fade.