Steve Gunn is a New York–based musician whose intricate guitar-playing supports stories and visions transmitted through a smart singer-songwriter mode. His new album, The Unseen in Between, is his third for the beloved indie label Matador Records (see a video for the great song “Vagabond” here), and it features a song about Walter De Maria’s The Lightning Field—an artwork Gunn learned about while working for the Dia Art Foundation years ago. For “Muses,” Gunn told ARTnews about artists he’s come to consider significant in his life and work. —Andy Battaglia 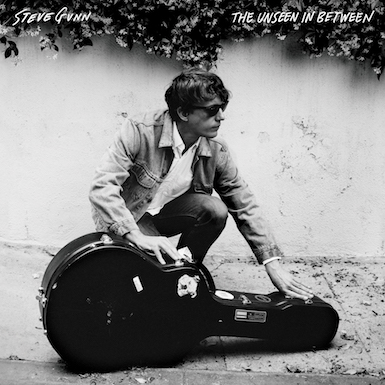 Robert Irwin
I worked as an art handler when I first moved up to New York and installed a lot of shows for the Dia Art Foundation. I got to meet a lot of artists, and I think the most respectful and interesting and welcoming and open artist I worked for was Robert Irwin. He had a true artist’s personality and vision. I installed this installation at PaceWildenstein gallery with him— Who’s Afraid of Red, Yellow and Blue—with colored panels. Watching the way he conducted himself and watching him work was incredible to me. I got to hear him tell stories. As an installer, you often have to pretend you’re not there and not get in the way, but Robert Irwin was aware of everyone around him and just really present and respectful to everyone. We valued that. I became more interested in him and read Seeing Is Forgetting the Name of the Thing One Sees [a book about Irwin by Lawrence Weschler]. It’s an important book, and I became even more interested in him and his trajectory—how he really focused on his process and was able to reduce his work. And the fact that he was so generous as a teacher—that was really awesome.

William Parker
I’m from Philadelphia and, as an aspiring musician, got into record-collecting and discovering jazz and all different kinds of music. There was a promotor in Philadelphia that put on free-jazz concerts, and William Parker was in a band with the David S. Ware Quartet. Their music completely floored me. It was a really formative time for me, and it had a profound effect. I discovered that William Parker was doing this festival called the Vision Festival [still active in New York, with the next one scheduled for June 11–16]. He was the leader of a downtown music community in a way, and he cultivated community. He and his wife [dancer Patricia Parker] were important people in the music scene, and they seemed very generous and open and kind to musicians who needed help. It cracked open a whole new world of understanding music. William Parker’s approach to improvising and to playing—and his whole philosophy behind listening as well—opened up a whole different world to me. He’s so humble and still plays small clubs and pours out this incredible music. He’s still pursuing it.

Hilma af Klint
I knew a little bit about her life and work, but the show at the Guggenheim Museum hit me in a really profound way—how she made paintings and intended for them not to be shown until 20 years after her death. She felt like the future viewer could understand the message after she was gone. I find that really powerful. Sometimes I don’t think the Guggenheim is the right space to spend time with works of art, but it’s perfect for this show, with the recurring theme of spirals in Hilma’s work. And when you get to the top, you get to go back and descend through the show again.

Fred Sandback
Another artist I think about a lot and got to hang out with is Fred Sandback. I was working at Dia:Beacon before it opened in 2003. I worked for Sol LeWitt on the wall drawings there. I was spending a lot of time there with a crew. There was all this hubbub—people building different things, drilling circles in concrete, breaking glass and all this stuff. One day, this guy arrived, and it was Fred Sandback. He basically just showed up with a manila envelope full of yarn and he was like, “Yeah, I’m here to do my installation.” He and an assistant got a bunch of ladders and positioned these colored yarn pieces. For me, he knocked it out of the park and completely blew my mind with the most simple objects an artist could use. For me that was the strongest work in the whole museum. He was such a humble and unassuming person—he had this welcoming kind of personality. He was also a deep music appreciator. We were always listening to music and he would chime in and say, “Oh, I heard you listening to Coltrane…” He was also into different kinds of folk music, and we talked about Harry Smith’s Anthology of American Folk Music. 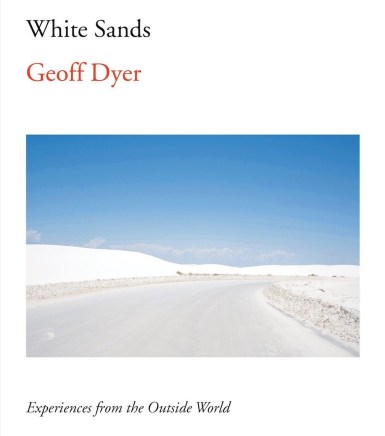 Geoff Dyer
White Sands by Geoff Dyer had an amazing effect on me. It’s a collection of essays about his experience with different art installations, and also he writes about music. He talked about visiting Walter De Maria’s The Lighting Field and he talks about Robert Smithson’s Spiral Jetty. The way he writes about them is through a personal narrative, and I find that interesting because usually when you read about those, either you’re reading the artist’s or an art historian’s take. It’s usually more cut-and-dry and theoretical, but he’s talking about art and mixing it with his own life. I found that refreshing. I was just telling my friends about it because, for me, I feel like, particularly with The Lighting Field, there’s a certain sense that you don’t go to see lightning and it turns into another experience where you go to this small house and observe these poles that are placed in exact spots—and there’s a dimension where you don’t know what it means. It’s almost this sort of joke. Geoff Dyer contextualizes that in a perfect way for me.

Walter De Maria
I’d never written a song specifically about a certain artwork before [writing “Lightning Field” for The Unseen in Between]. I had an album before called Eyes on the Lines; there are a lot of different meanings within that, but one I took from Robert Irwin drawing and perfecting lines, how he lived with the line and kind of reduced it to nothing. As a music appreciator, I was drawn to the fact that Walter De Maria played in the Primitives [a band with Lou Reed, John Cale, and Tony Conrad that preceded the Velvet Underground]. My concept for the song—I actually haven’t been there but want to go. I’ve heard about people going and read Geoff Dyer’s writing about it. So it’s more of a general idea of how you experience something other than what you intend as far as a destination—there’s always a sub-experience, if you’re perceptive enough. I’m always looking and observing things of that nature—an improvised nature. I was thinking about going to The Lightning Field and all of the sudden it’s like a kind of a social experiment, where you’re in this little living room with a fireplace and you’re with people you don’t know—and you don’t see any lightning.