[Follow all of ARTnews’s continuously updated coverage from in and around Art Basel 2018.]

On Monday, the Art Basel fair in Switzerland opened its Unlimited section, which is devoted to the kinds of artworks that do not fit handily into art fair booths, like huge sculptures, unwieldy installations, and space-intensive video pieces. Among the highlights this year are Camille Henrot’s exhilarating new video about faith, Saturday (2017), which screened in her recent Palais de Tokyo retrospective in Paris; a new “Breathers” sculpture by Paul Chan inspired by The Odyssey; and a 1966 Bruce Conner classic, Breakaway. Below, a look at the section via numbers.

72: The total number of projects in Unlimited. 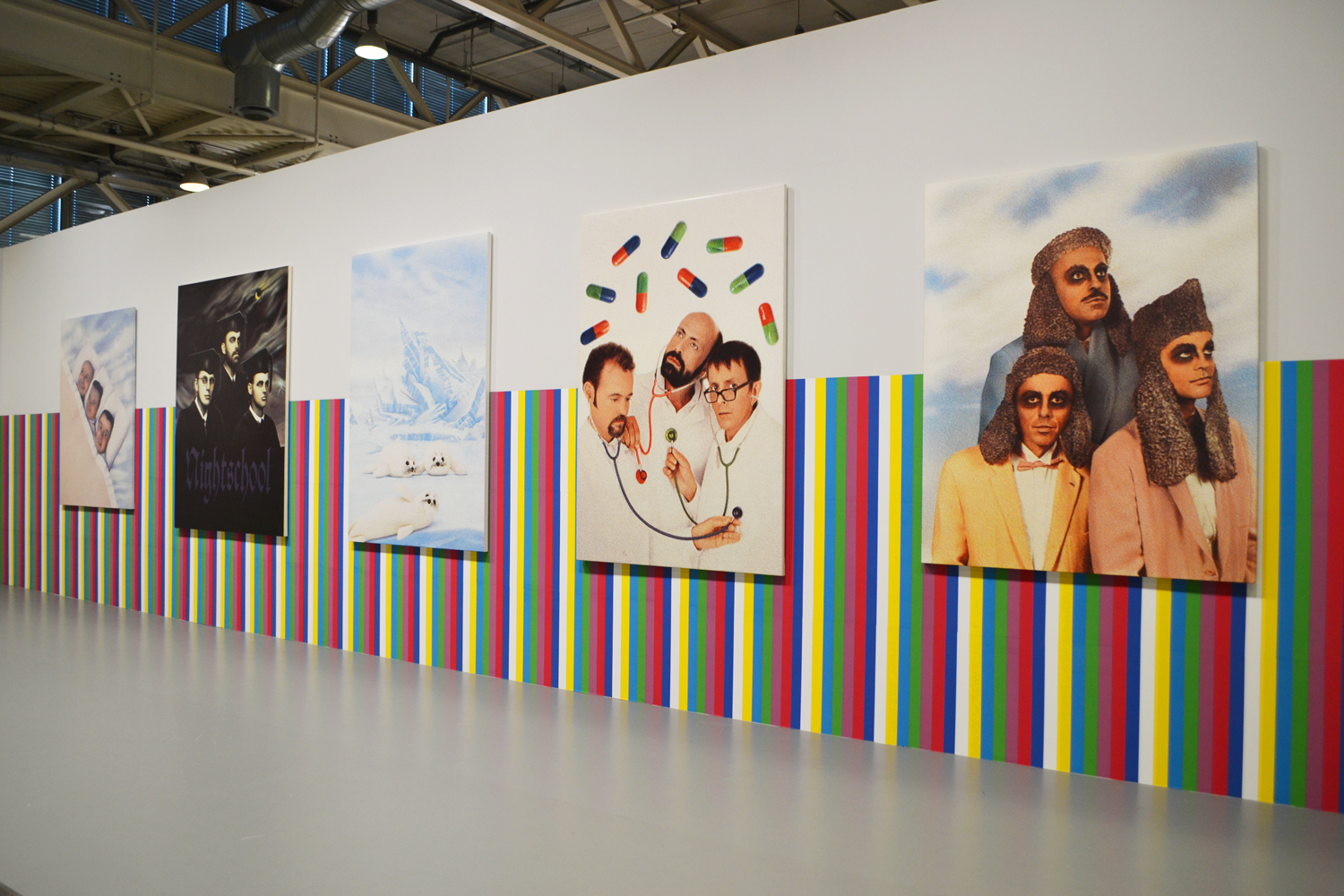 5: The number of self-portraits included in General Idea’s incredible Complete Set of Five Self Portraits (1983/94), in which the three members—AA Bronson, Felix Partz, and Jorge Zontal—present themselves as doctors, baby seal, and college graduates, in full regalia, among other things. 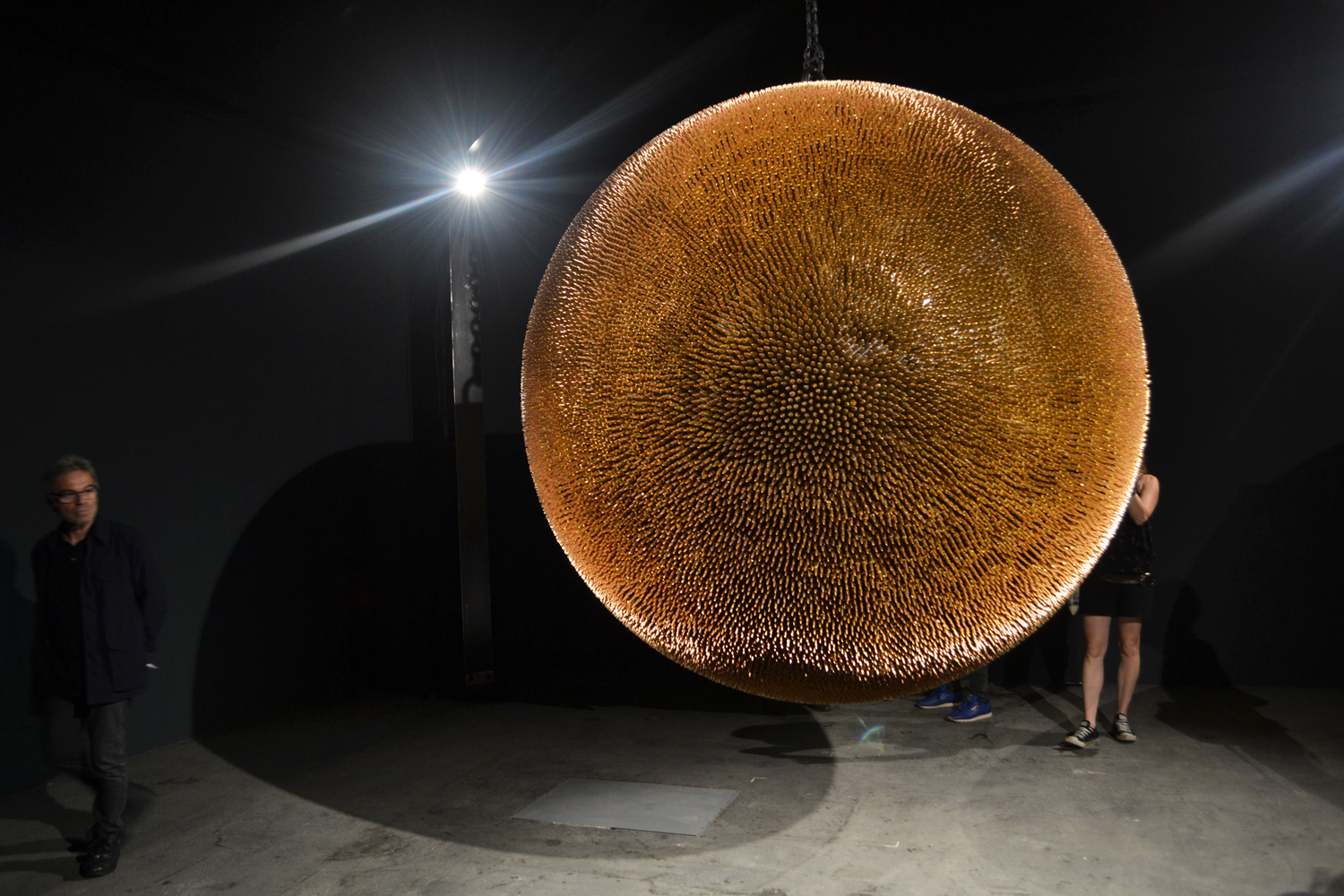 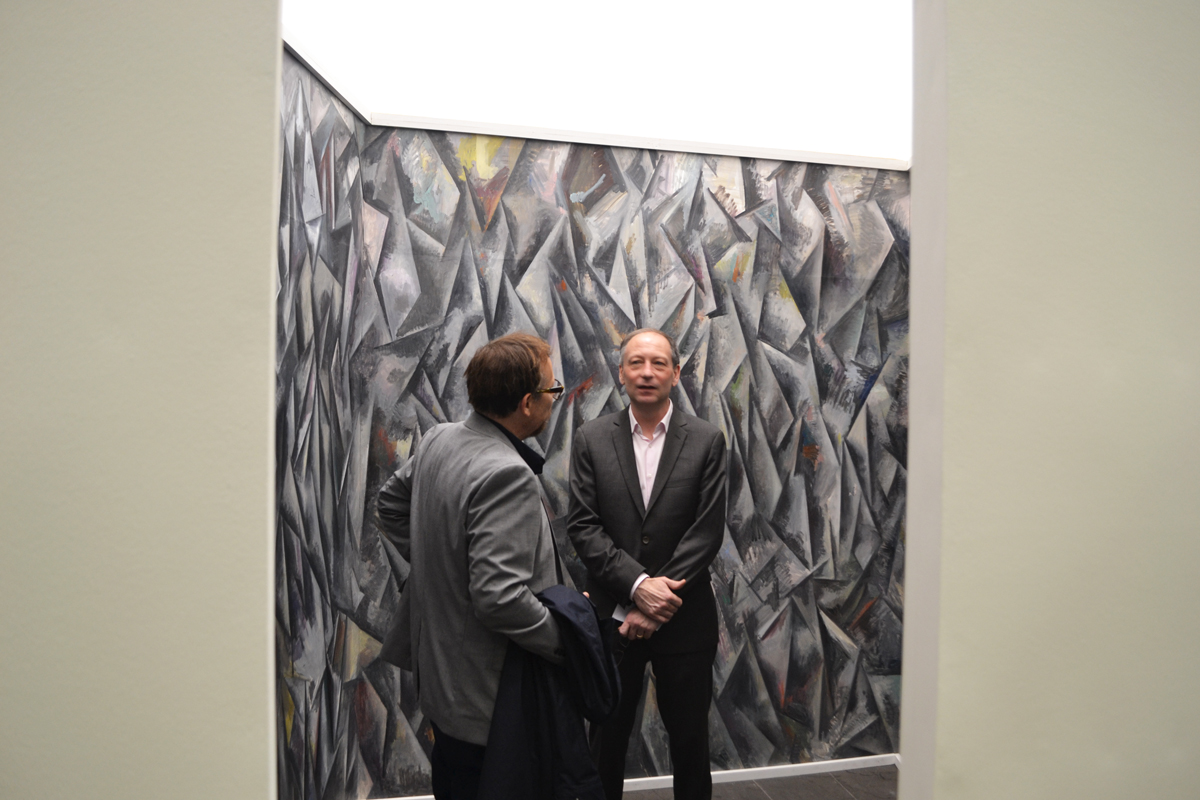 2: The number of people allowed into Guillermo Kuitca’s Untitled (2014) installation, whose walls he has fully painted. 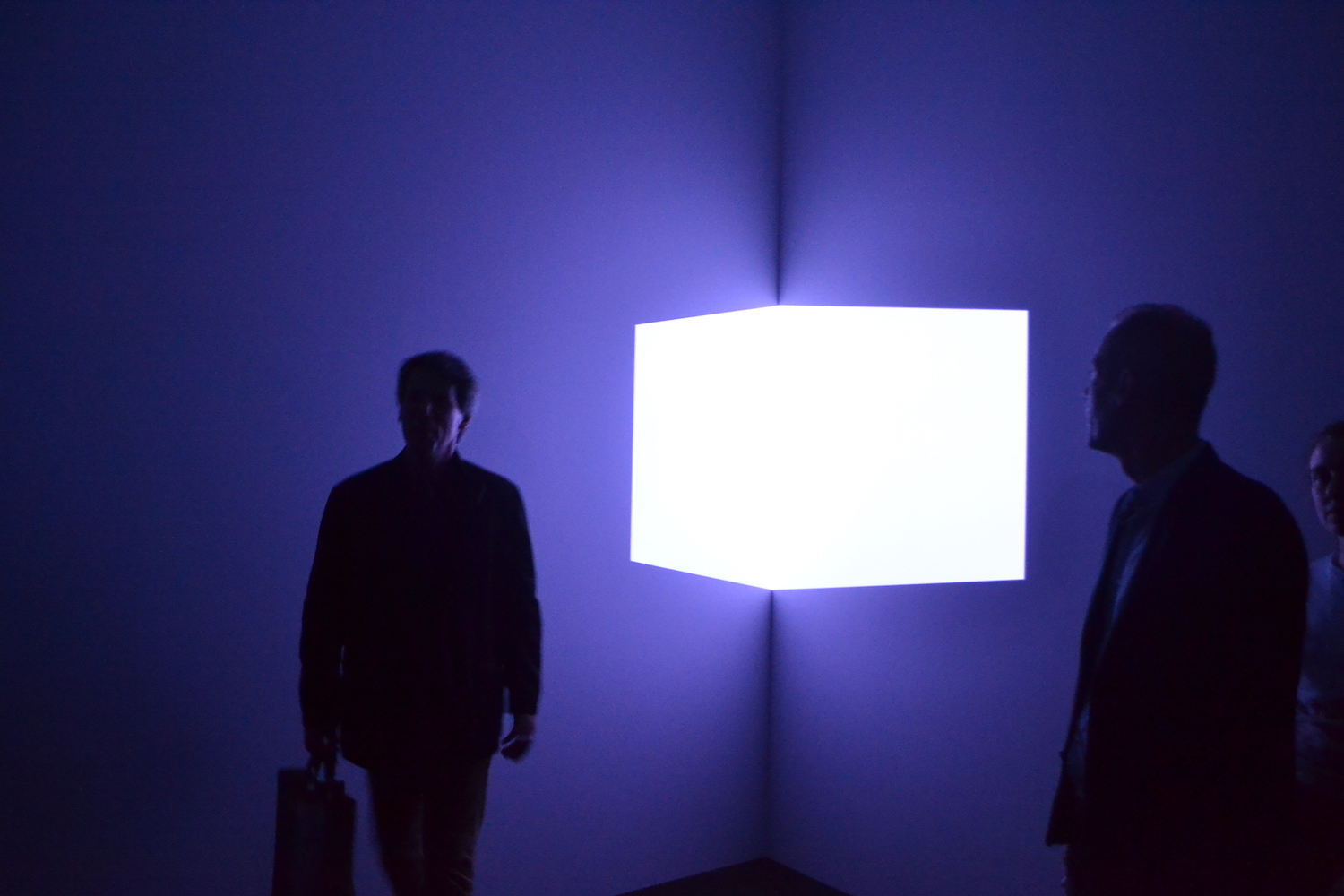 1967: The year that James Turrell made Catso Violet (1967), a purple cube of light, as part of his key early series “Cross Corner Projections.”

24: The age that Turrell turned the year that he made the work. 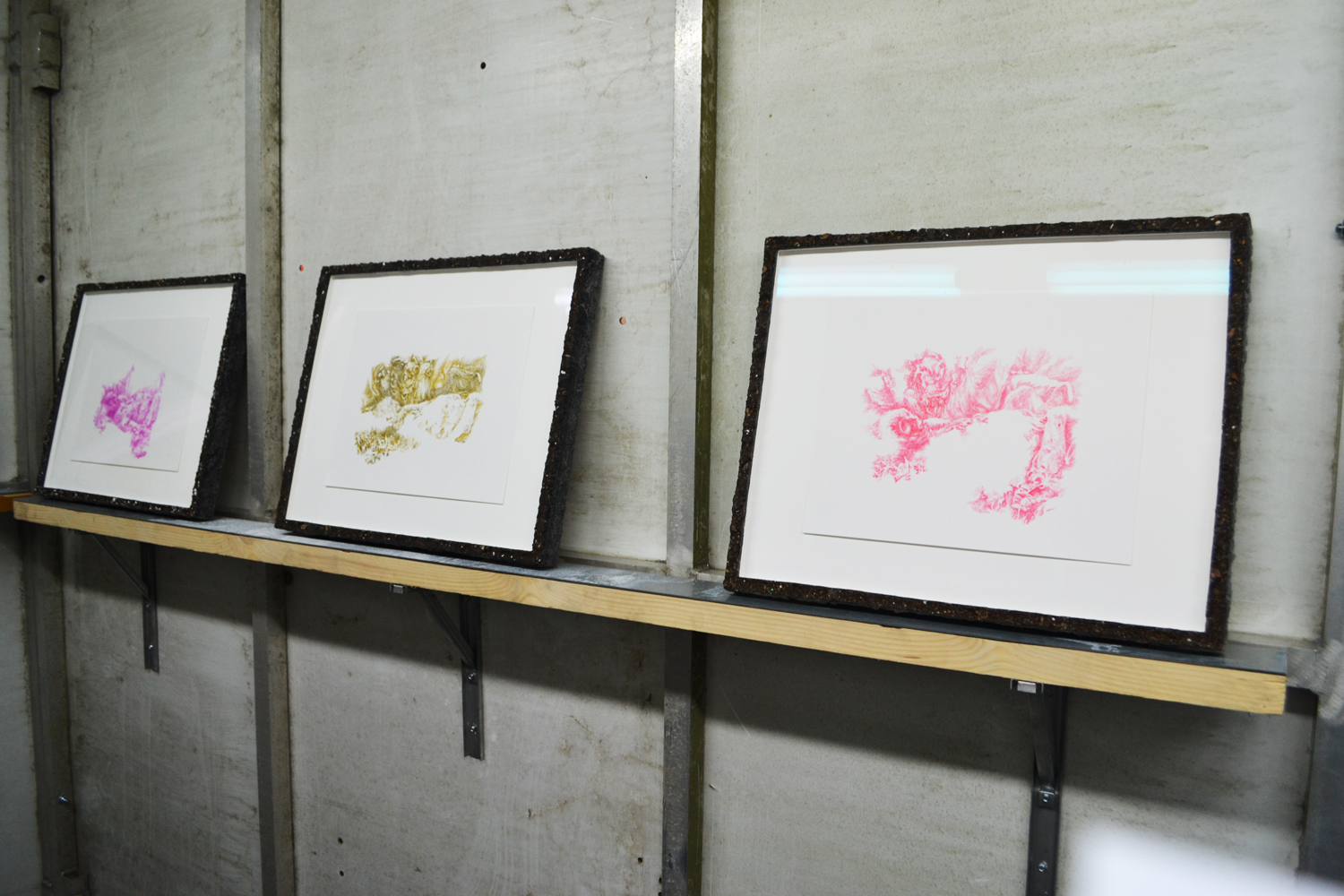 100: The number of drawings of that the indefatigable, wonderfully unpredictable Andra Ursuta made from an image of a dead body that she found on a website about Russian atrocities in the wars in Chechnya during the 1990s for her The Man From the Internet (2017).

15: The total number of drawings from Ursuta’s series that are being shown in Unlimited within a type of trailer that was sometimes left on the sides of roads, filled with dead bodies, during the conflicts. It’s almost certainly a disturbing inclusion in Unlimited.

10: The number of years that the artist has spent on the project. 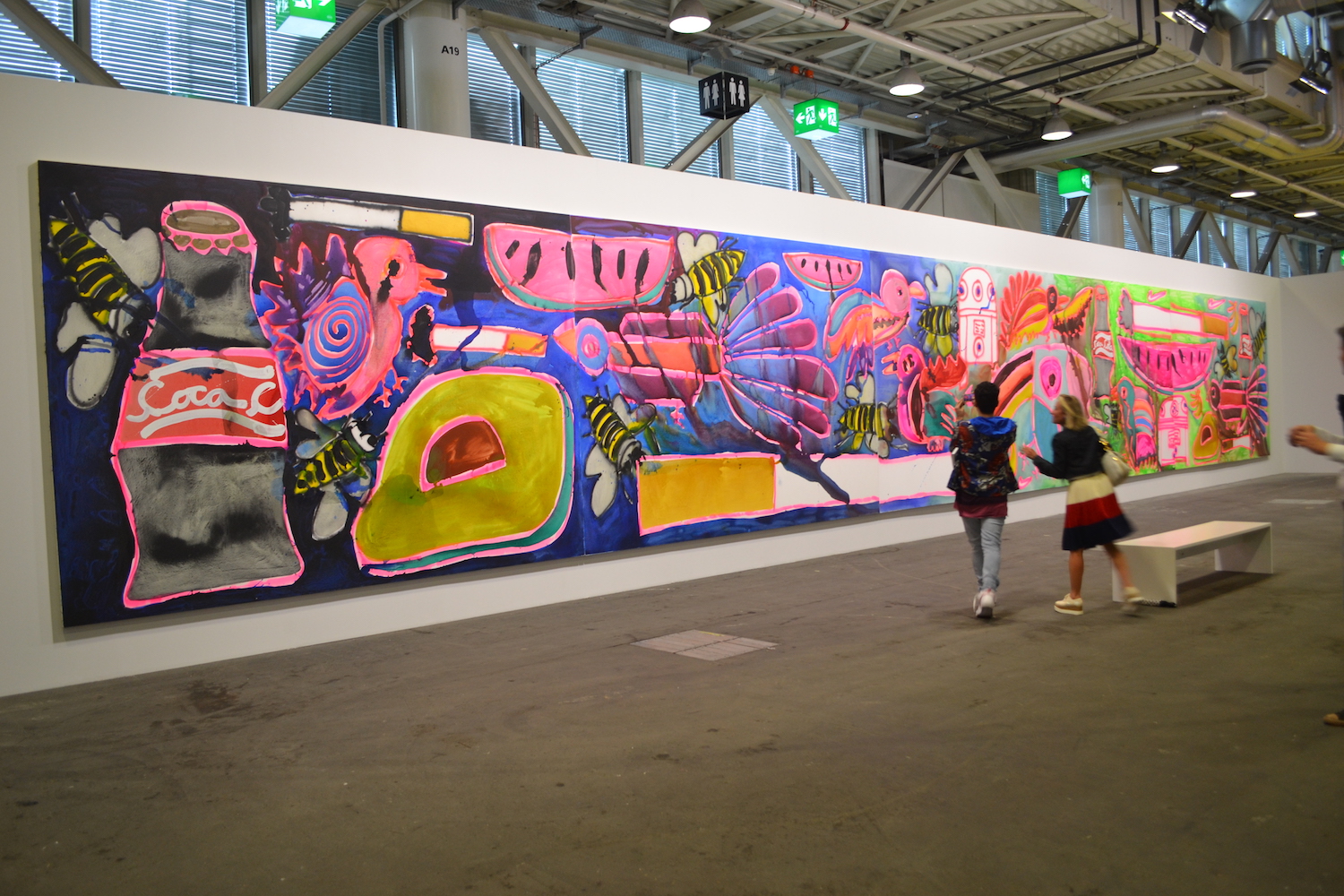 2128: The length of Katherine Bernhardt’s Blue Skies (2018) in centimeters, which is equal to about 69.8 feet, but this is Europe, so we’re going with centimeters for the main number. The work amounts to a virtual compendium of Bernhardt motifs: birds, Coke, cigarettes, and more. Something for everyone. 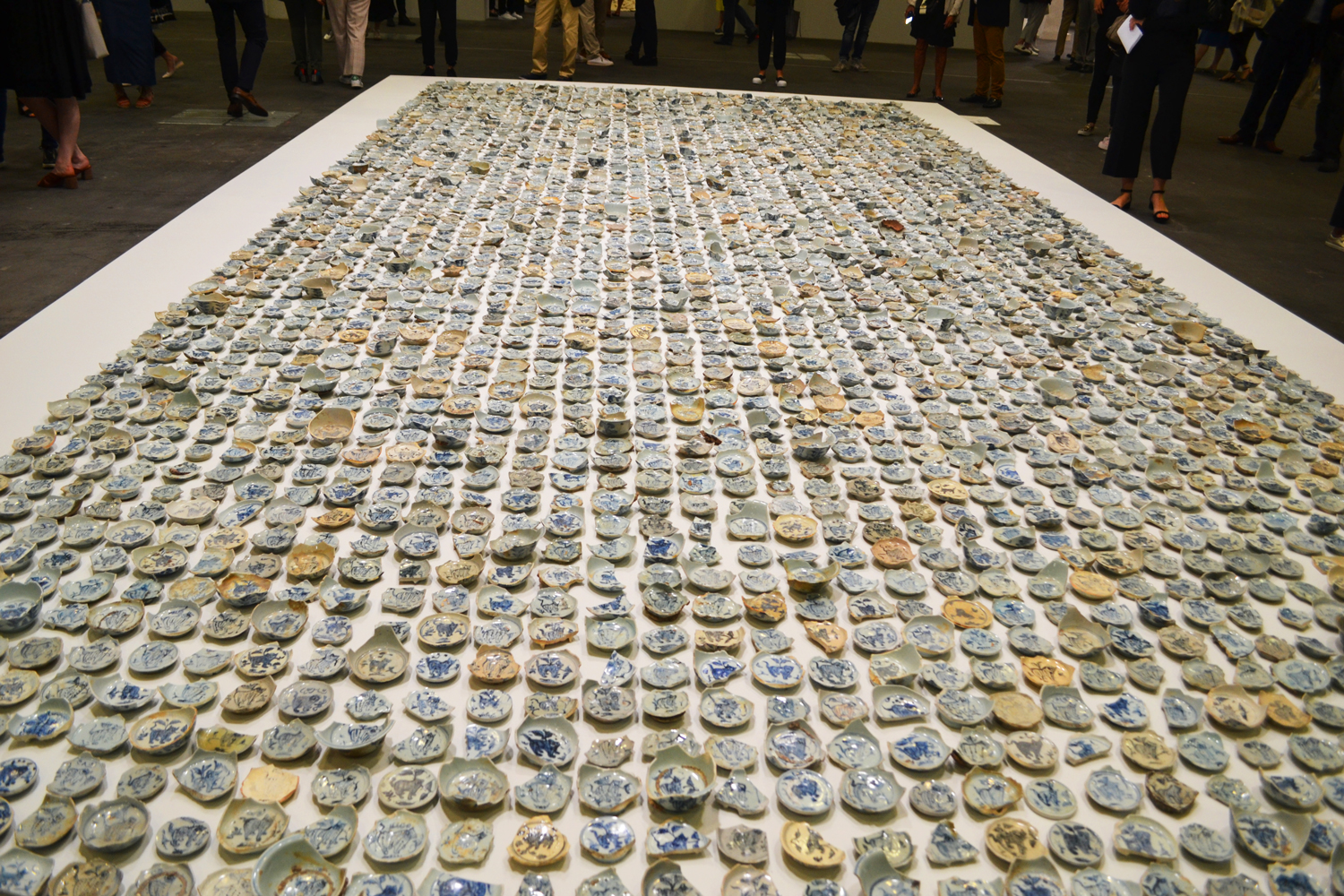 3,020: The number of porcelain vessels arrays on the floor in Tiger, Tiger, Tiger (2015) by Ai Weiwei, who a master of the Unlimited form. 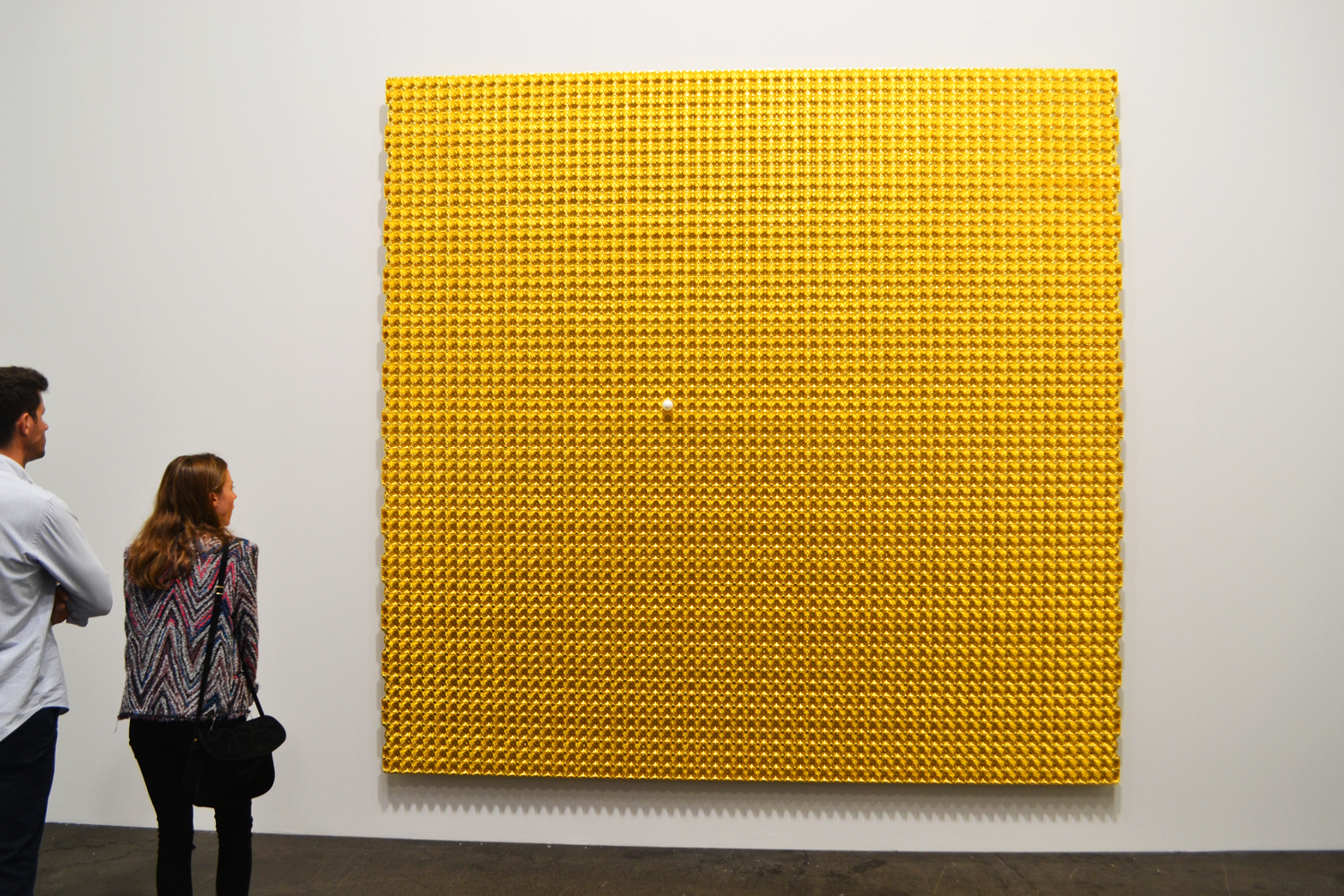 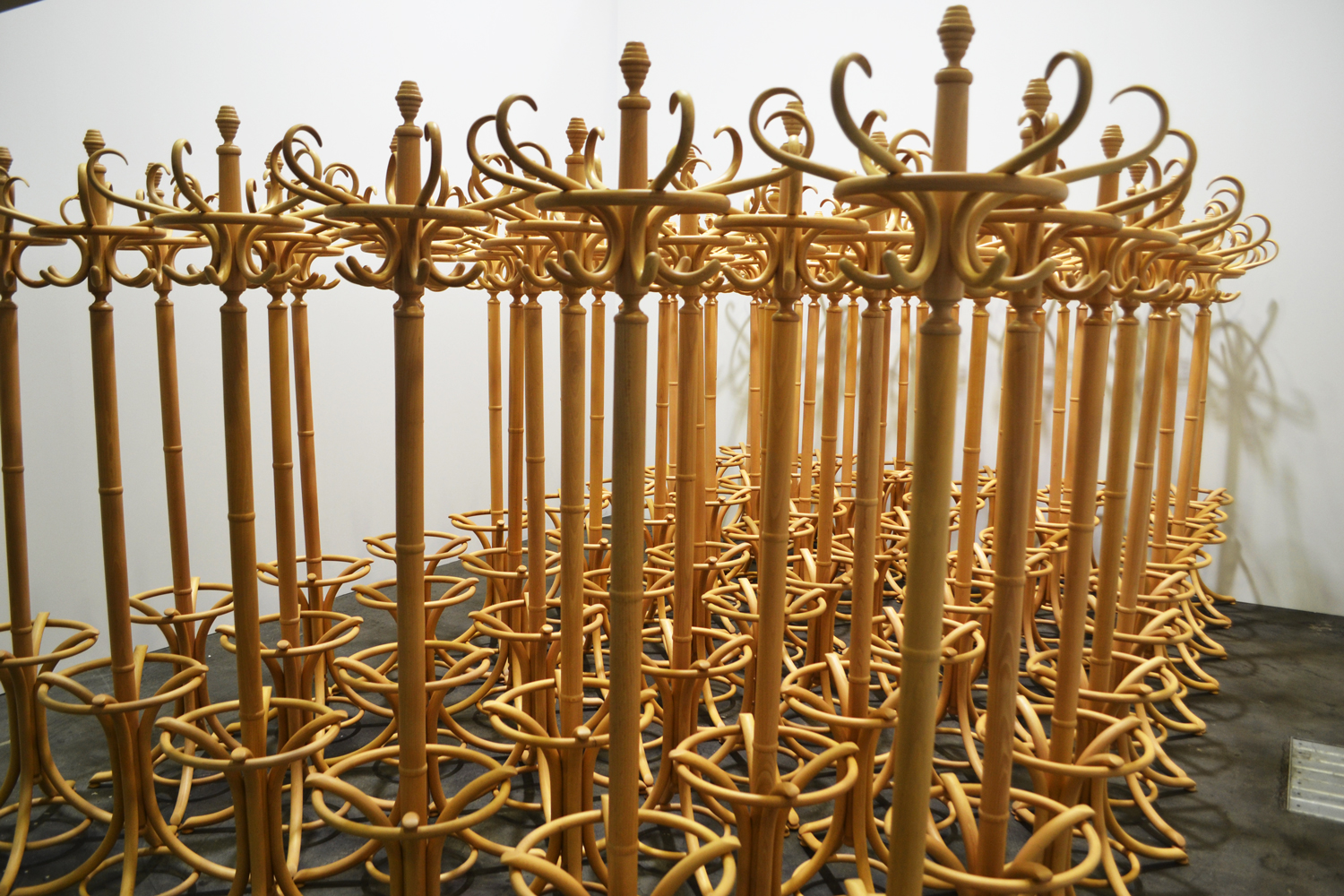 60: The number of coat racks that Arman assembled for Fleurs (1959/2001), which he first presented in Nice, where he was living at the time. It was the very first “Accumulation” work that the exponent of Nouveau Réalisme ever made, and he re-created it in 2001 for a show in Nice, which is the version shown here. (He discarded the original because he did not, at the time, have the space required to store it.)

How to Make a Widow’s Kiss, the Apple Brandy Cocktail That’ll Make You Weak in the Knees

The Best Massage Oils for Every Purpose and Occasion