The performance appears to be a reference to the skatewear brand Supreme. Barbara Kruger Is Selling Hoodies in SoHo as a Performa Project, Prompting Long Lines of Hypebeasts – ARTnews.com
Skip to main content

This afternoon, a long line of stylish people snaked around a boutique in SoHo. That’s not all too unusual a sight in this part of downtown New York, where a Supreme drop can have streetwear fans camped out before dawn. But upon closer inspection, the line was not for Palace or some other temple of crispy fits, but for Performa. The performance art biennial was selling hoodies, beanies, boards, and T-shirts designed by the artist Barbara Kruger.

This wasn’t a typical new-line drop, however. It’s billed as Kruger’s first-ever performance, and it’s part of a Performa roster that includes the artist’s take on a skatepark and a bus emblazoned with slogans printed in her iconic aesthetic. While no details were provided beforehand, the performance is called Untitled (The Drop), which led some to believe that she would be referencing the way in which the kids line up for the unveiling of a new Supreme line.

And it turns out that, yes, Kruger is having a bit of fun with the fact that Supreme drew on—perhaps a bit too liberally—her font and color scheme. It’s on a pretty credible spot on Howard Street, which is home to Palace, Rick Owens, agnès b., and Opening Ceremony—indeed, some have called this the Most Interesting Street in SoHo! When you put a Barbara Kruger box logo on a T-shirt, why, look at that, it looks a lot like a Supreme shirt. But here, the threads are made by that classic surf- and skate-wear company, Volcom.

Whatever the artist’s intent, all we know is, the hypebeasts need to cop grails. When I walked by a few minutes after the grand opening at 4 p.m., nearly 100 people were happily waiting, credit card in hand, to pay for $70 hoodies. After braving the queue, I was faced with a number of options. The $15 patches say “WHO OWNS WHAT?” and the hoodie says “WANT IT BUY IT FORGET IT.”

Better get in line now. 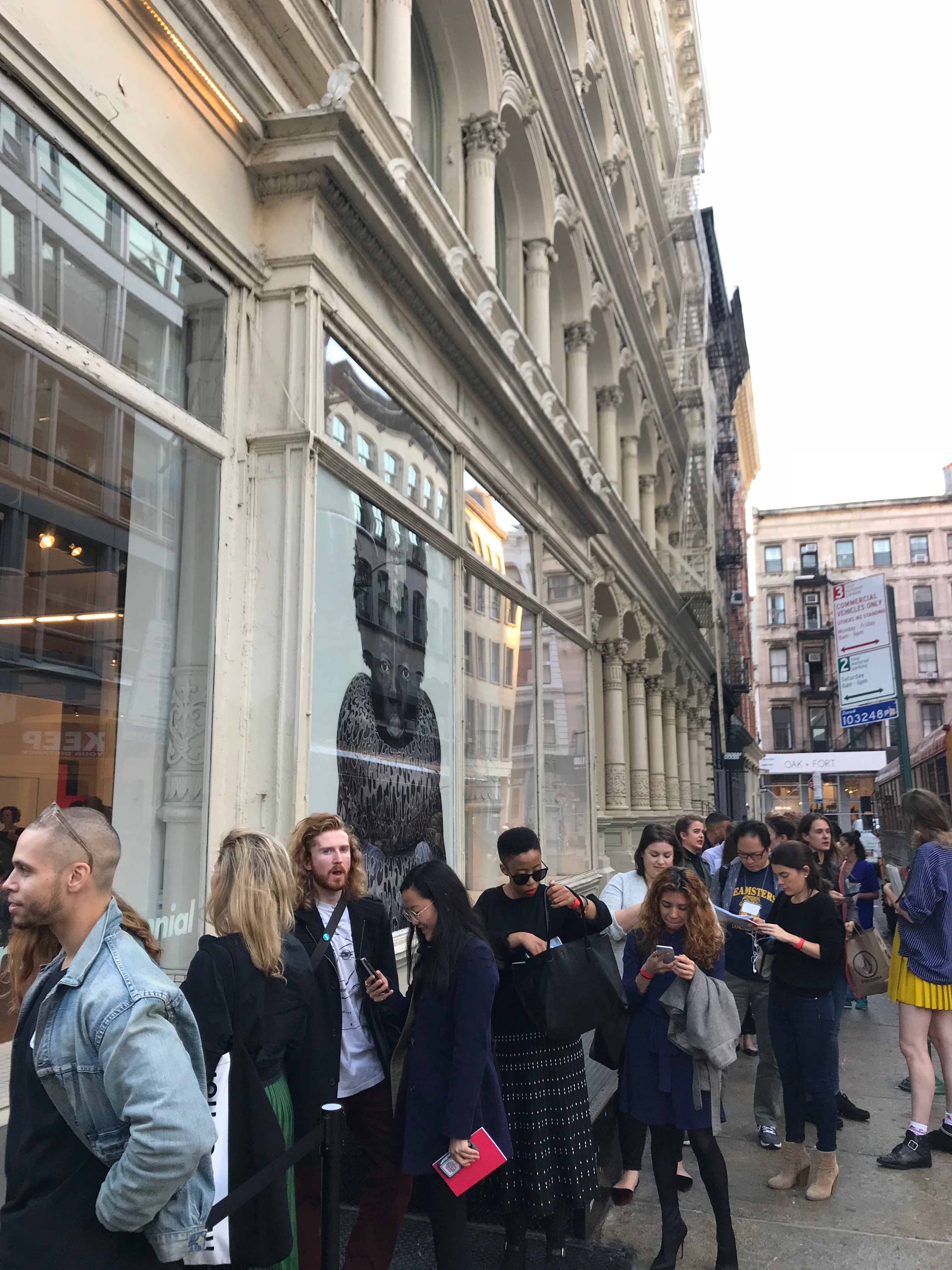 FaceTiming With Holograms? The New Portl M Adds a New Dimension to Your Video Calls

Djokovic Deported on Eve of Australian Open, Flies to Dubai