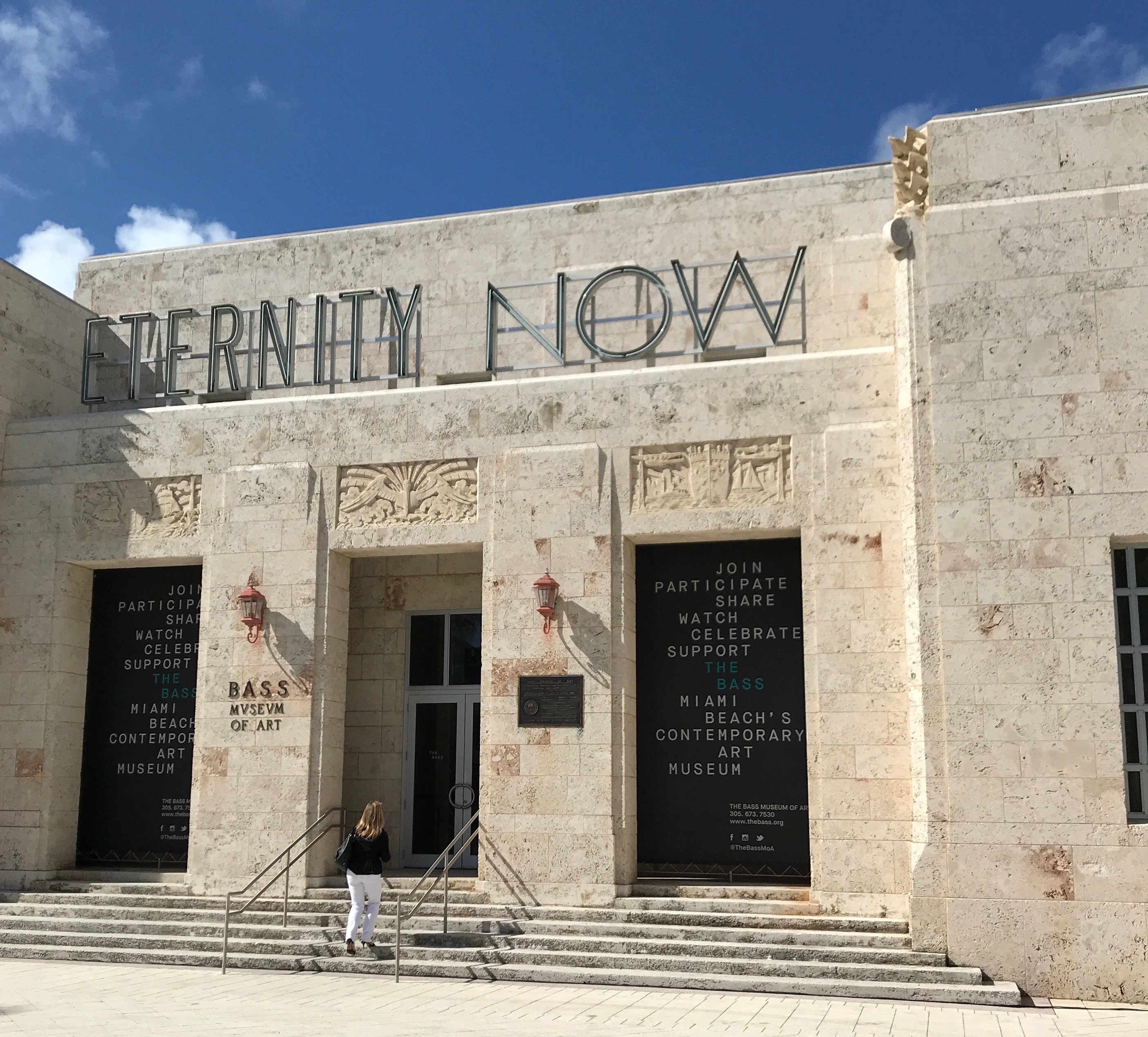 After sitting out two straight editions of Art Basel Miami Beach due to renovations, the Bass Museum, located on a traffic-heavy stretch of Collins Avenue, is back in action. This morning, the recast institution swung open its doors to press, showing off a $12 million facelift that doubled total exhibition space without adding a wing, a floor, or a basement.

Much of the new breathing room came from converting a grand if cumbersome ramp into a neat center staircase, clearing enough square footage to create several distinct exhibition spaces on the ground floor, as well as little cafe kiosk that leads to a glass-lined atrium with views of palm trees outside.

At the preview, visitors got an early look at a show of Mika Rottenberg’s work from the last two years—including NoNoseKnows (AP), a video and installation work from 2015 that was one of the more gabbed-about pieces that year in the Venice Biennale. The Rottenberg exhibition opens to the public on Thursday, after two other shows opened earlier when the renovations officially ceased in October. One of those features work by Cameroon-born, Ghent-based artist Pascale Marthine Tayou; the other is a retrospective of work by Ugo Rondinone under the title “Good Evening Beautiful Blue.”

The museum began its decade-long acquisitions initiative by buying Rondinone’s Miami Mountain (2016), a riff on his popular Seven Magic Mountains work that is on view in deeps of the Nevada desert until the middle of 2018. It was installed permanently in front of the museum in November 2016, to give Miami natives a bit of public contemporary art outside the museum to make up for the lack of programming inside.

As I made my way through the preview, I saw Bass director Silvia Karman Cubiñá getting ready to give the Brooklyn Museum’s director, Anne Pasternak, a tour—but asked a few questions first. “We were very excited to expand this museum, of course within the same footprint, but one of our goals was to enhance the visitor experience—and I think we did pretty much achieve it!” Cubiñá said, standing in front of Tayou’s massive Welcome Wall (2015), which consists of 75 blinking LED signs. “We added more social space, and we organized visits so now you really know where you’re going. The transitional spaces make sense. ”

Cubiñá said that the location on Collins comes in handy when Art Basel Miami Beach VIPs are staying in hotels a block or two away. But this is a museum that, for Miami, is a landmark for more than just a few days. “We have a blessed location, we have great visitors—and not only this week, but year-round,” the director said.

The Rondinone show, in particular, seems to be a hit, especially Vocabulary of Solitude (2014–16), which has been shown at the Museum Boijmans Van Beuningen in Rotterdam and the MACRO Testaccio in Rome. It features 45 lifelike clowns in full regalia engaged in mundane acts of daily life while sitting on the floor. In other words, it’s excellent selfie fodder: kids with their phones were out in full-force, snapping shots next to clown figures either chilling or napping.

The selfie-takers didn’t seem to realize that Rondinone’s Sunrise Sunset (2014) had also been installed around the space, with purple acrylic cloud-forms blooming on the walls. As one visitor leaned against the work to get that perfect picture, a museum guard ran over screaming, “Not on the wall—the wall’s art too!”