There’s a big art fair in Miami Beach next week, but we don’t get a wild ’n’ crazy art world hootenanny in New York until Armory Week in March, when the Armory Show takes over Piers 92 and 94 along the Hudson River. To remind us of that impending fair, this morning I can share with you the exhibitors list, which includes 207 participants from 30 countries in sectors such as Galleries, Insights, Presents, Focus, and Platform.

“The Armory Show team has spent the last year listening to our gallery clients and visitors, and in response, we have made many radical changes and improvements to the show,” Benjamin Genocchio, the fair’s director, said in a statement. “This is reflected in greatly expanded VIP and visitor services as well as, I am proud to say, the strongest exhibitor list in several years.”

About those “greatly expanded VIP and visitor services”: as we previously reported, the Armory Show is rolling out some “bespoke culinary offerings,” and from looking at the fair’s floor plan, we can now reveal that such offerings will include a pop-up version of Hotel Americano. Just in case anyone got homesick for West Chelsea, I guess? Check out this floor plan—it’s lit. 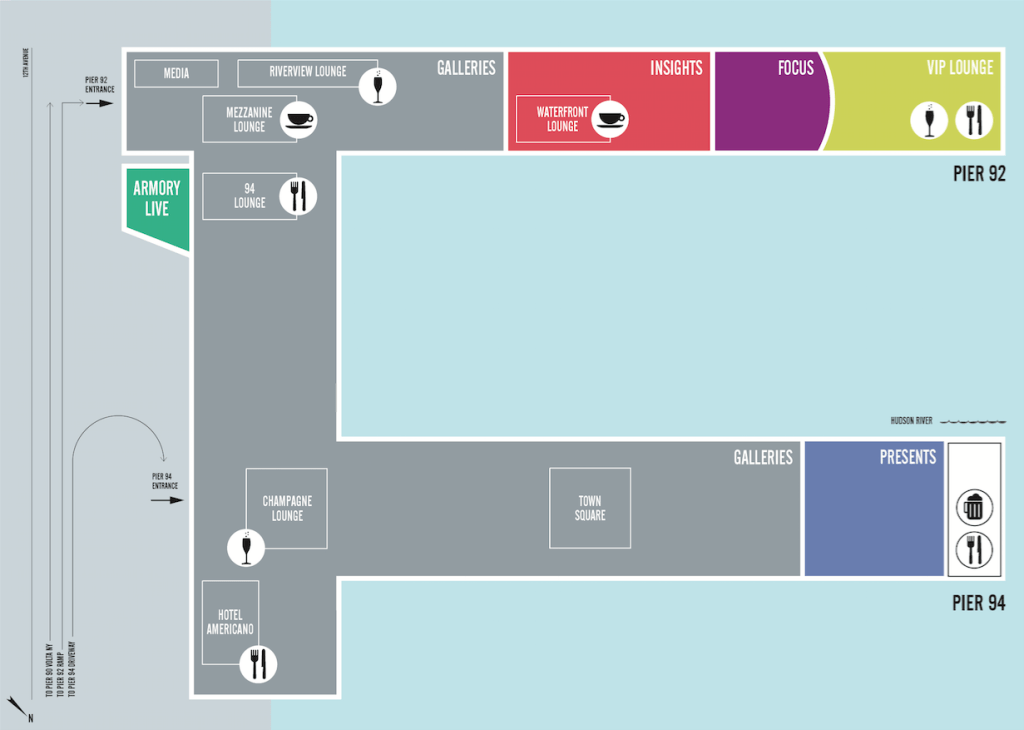 Boat of the Week: This Historic, 90-Year-Old Sailing Yacht Was Once a Floating Playground for Ernest Hemingway, Cole Porter and More

Turner Sports Finds Studio Success With a ‘Treehouse’ of Personalities

Keep Your Fire Pit Burning With the Best Pokers This Summer