No matter where you were strolling today at London’s Frieze Art Fair, a group of 10 young people wearing bright pink hats always seemed to walk by, performing James Lee Byars’s 10 in a Hat (c. 1969/2012) piece. Who was responsible? An answer came on an early afternoon visit to the Michael Werner Gallery, where I found them sitting down quietly in a circle around a Byars sculpture vitrine.

The gallery, which is located in New York and London, is offering the performance for $300,000, director Mariana Clayton explained, noting that Byars also did a 1,000 in a Hat performance (though that may have been a bit much for a crowded fair). “They are all interconnected by their heads and their brains and their ideas as they walk around,” she said quietly, “and this is a moment of rest.”

A moments later they stood up and were off. 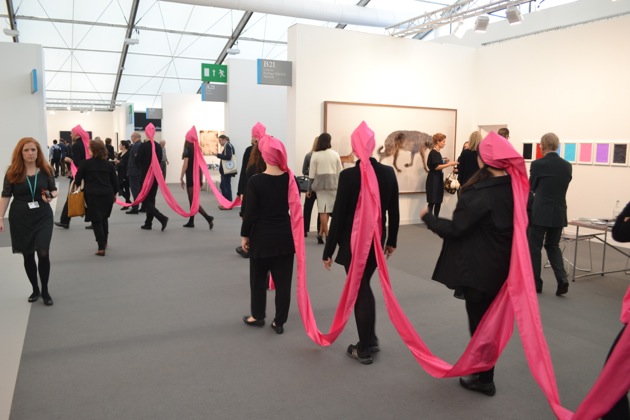 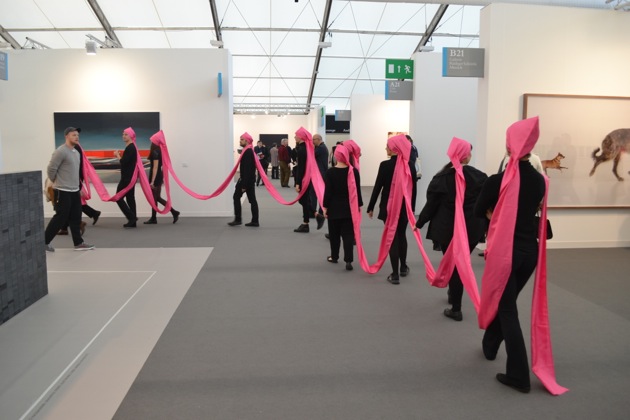 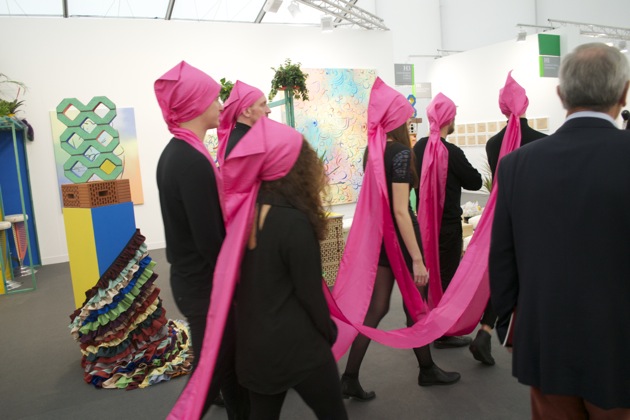