Tracy Williams, Ltd., the gallery that over the past 12 years has resided in the West Village, Chelsea, and then the Lower East Side, will close and cease operations after its current show, its eponymous owner announced in a statement. Its current exhibition, “People, Places, Things,” ends July 27.

“As the art world is in a constant state of flux, business calls for a corresponding fleetness and fluidity,” Williams said. “With that said, I am announcing a change in my strategy of presenting contemporary art; I will move away from the gallery model.”

Williams said she will continue to represent her artists—who include Simryn Gill, Barbara Bloom, and Peter Stichbury—and will work as a private advisor to collectors.

After serving as a gallery director at Michael Klein and Zwirner & Wirth galleries in New York, and working as a senior vice president in the contemporary department at both Christie’s and Sotheby’s, Williams opened her gallery at her townhouse in the West Village, at 313 West 4th Street. She moved to West 23rd Street in Chelsea in 2010, and in May 2015, she moved into the space at 55 Hester Street that was previously occupied by the gallery Lu Magnus.

The news comes as the Lower East Side has experienced a bit of of upheaval in the last 12 months, as several galleries have changed locations or shuttered outposts. Laurel Gitlen Gallery closed in February, and Marianne Boesky announced she would close her Clinton Street space, Boesky East, and consolidate all her efforts in Chelsea.

Williams said that she will be announcing details regarding new endeavors this fall. Her complete letter follows below. 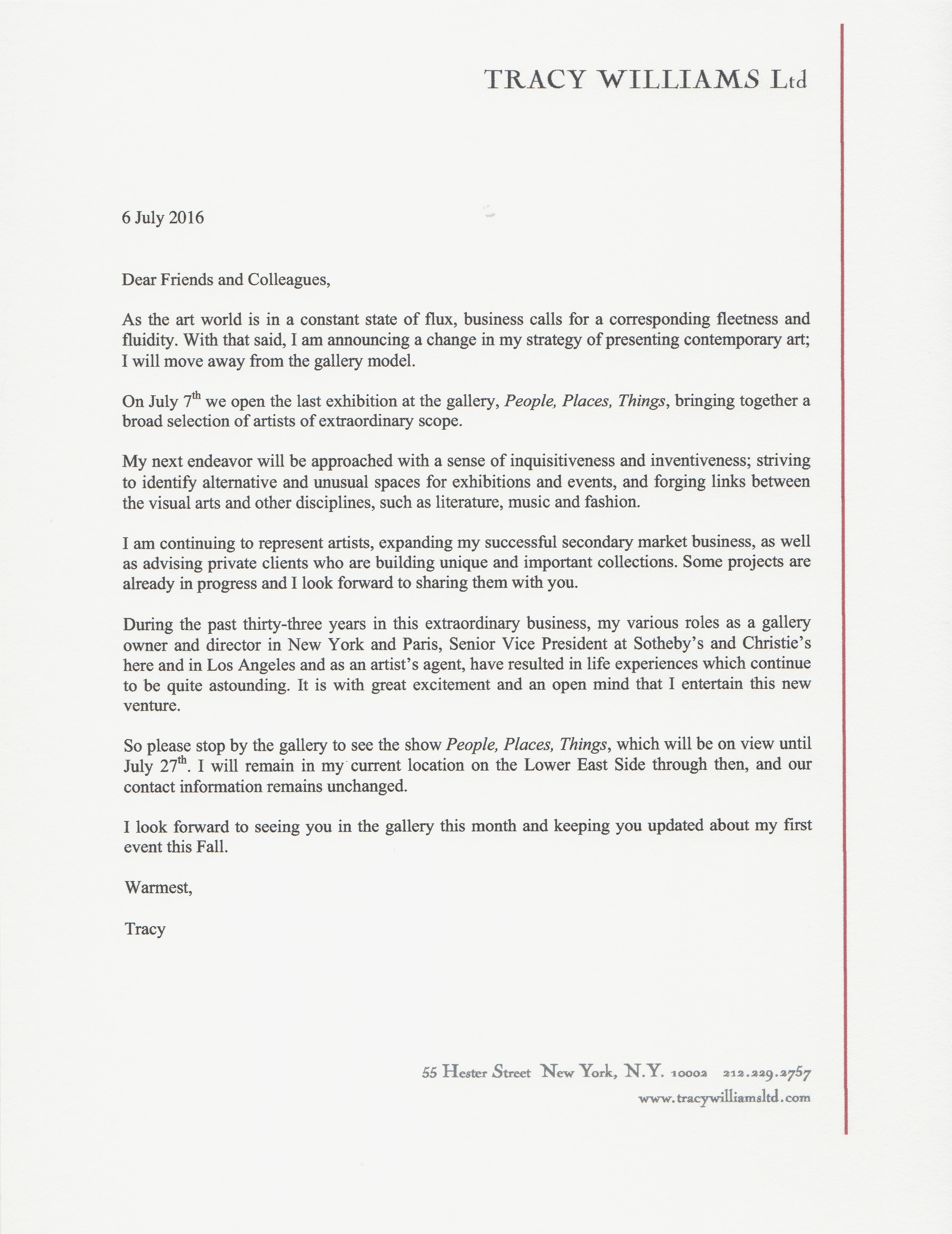