Yesterday afternoon, Art Basel’s Unlimited section, which is devoted predominantly to works that are too large or cumbersome for typical art fair booths, opened to the public. The conceit is both awesome and a little sad: “Here’s a bunch of huge work!” The quality, of course, varies dramatically, but there are some excellent things to see, like a trippy, funny video by Darren Bader, a vintage Haim Steinbach wall, Display #26–Barn Wall (1991), which includes a big pail of milk, and the formidable speaker system that Gary Simmons made for Prospect 3 last year. Below, a brief guide to what is on view. 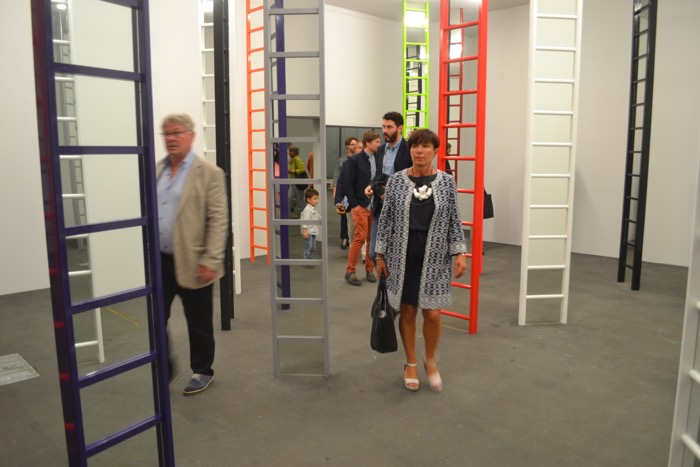 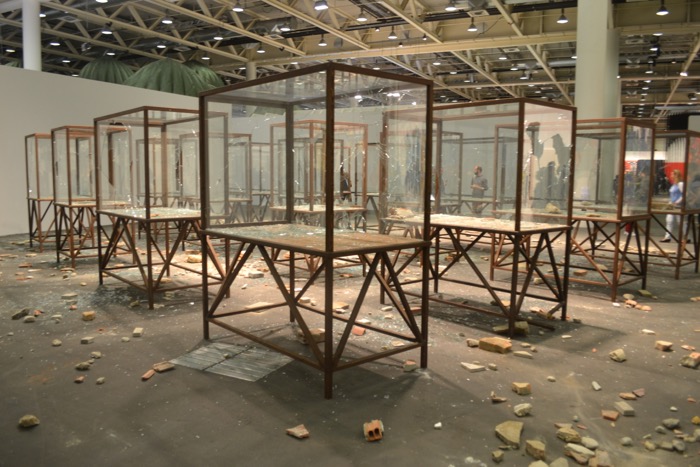 16: The number of glass-paneled vitrines shattered by Kader Attia in a performance during the opening preview.

2: The number of glasses I heard shatter on the ground during the preview. 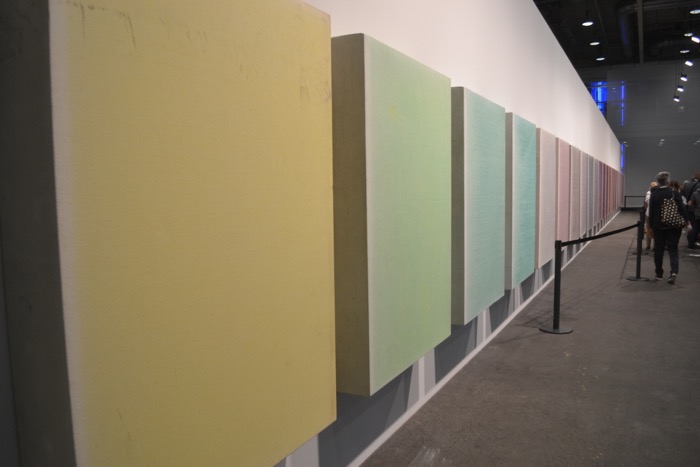 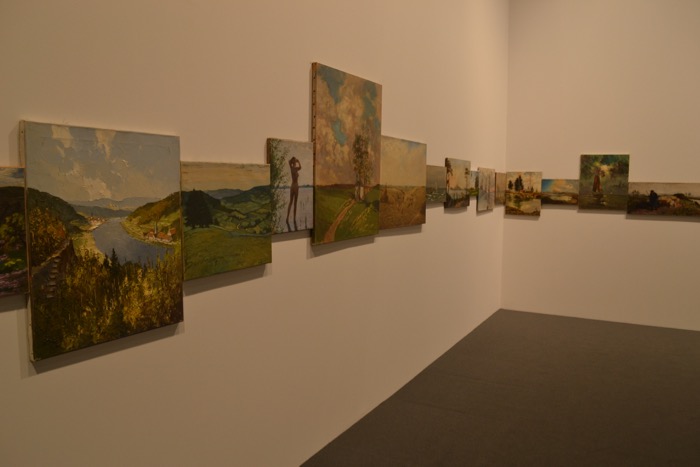 33: The number of found oil paintings that Hans-Peter Feldmann has placed next to each other in Horizon (2014), aligning them so that their horizons form one continuous line. 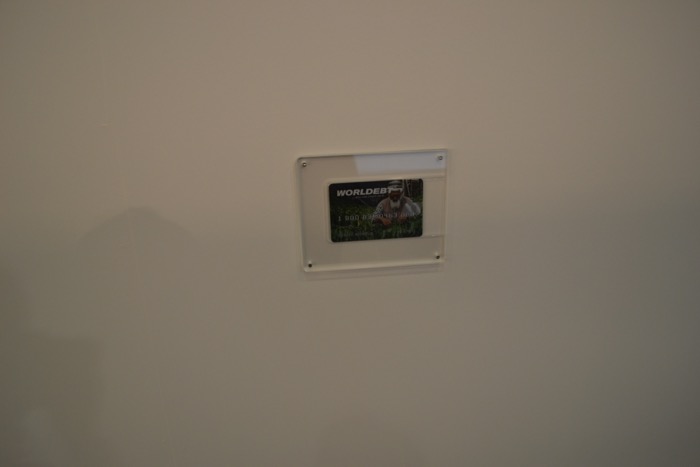 165: The total number of credit cards installed all around the Unlimited space for John Knight’s Worldebt (1994) piece, each one for a different member nation of the International Monetary Fund and World Bank. 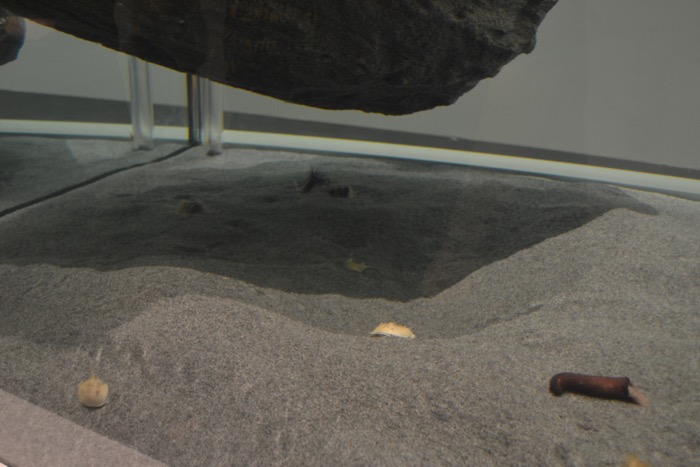 2: The number of horseshoe crabs in Pierre Huyghe’s Cambrian Explosion (2014).

2: The number of arrow crabs in Pierre Huyghe’s Cambrian Explosion (2014). 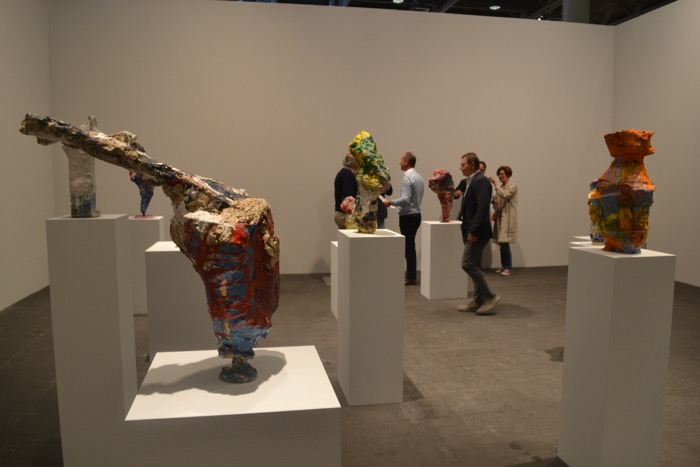 10: The number of sculptures in Franz West’s very exciting Untitled (10 Sculptures) (1990–97), each of them arranged on individual pedestals. It pretty much took all of my energy to keep me from putting one under each of my arms and running for the exit. 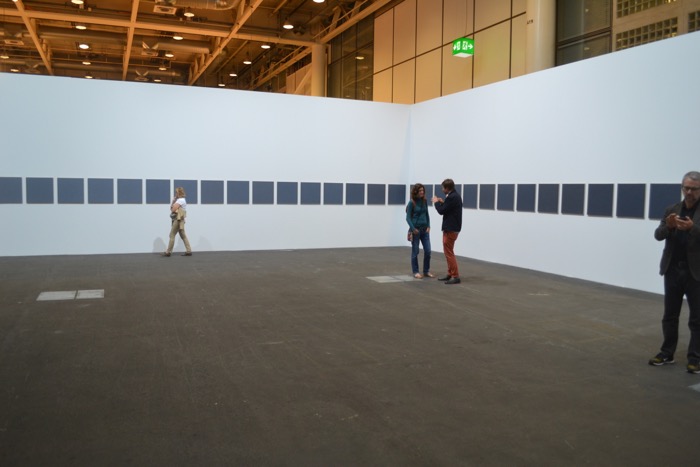 106: The total number of gray paintings, each a slightly different shade, that Marcia Hafif included in An Extended Gray Scale (1973).

22: The length of one side of each of those square paintings.

51,304: The surface area, in square inches, of all the Hafif paintings together. 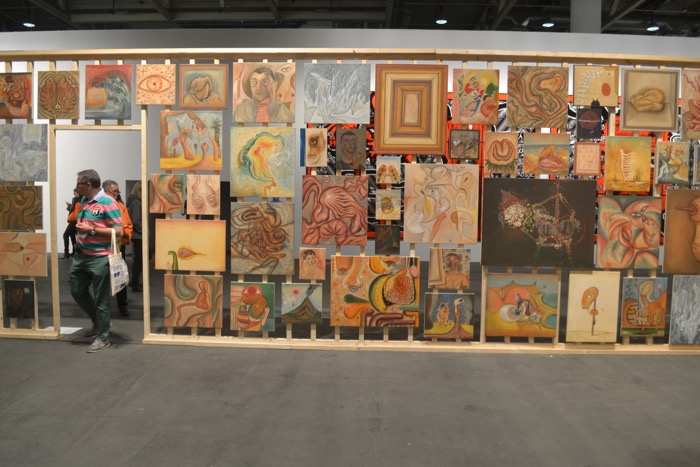 196: The number of paintings that Jakub Julian Ziolkowski has made and hung salon style in his freestanding room and painting display Imagorea (2014).

760: The number of stacked bicycles in Ai Weiwei’s gargantuan sculpture Stacked (2012), which is a tribute to Yang Jia, who was arrested in China for riding on a bicycle rental that was unlicensed. He was subsequently charged with murdering six police officers, and then executed by the state. 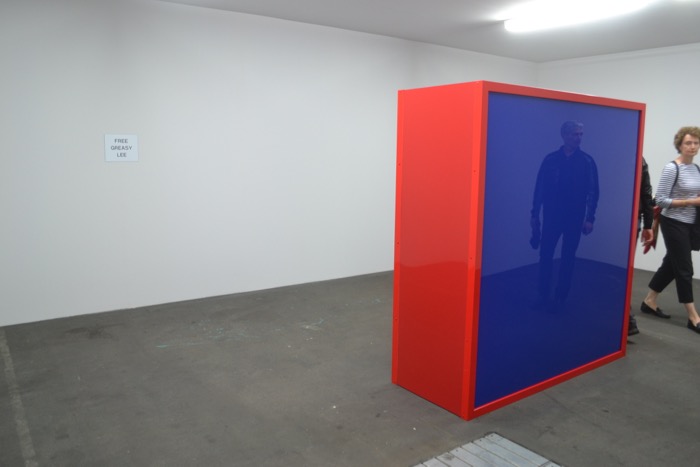 8: The number of signs reading “FREE GREASY LEE” in a mysterious new work by Joe Bradley. 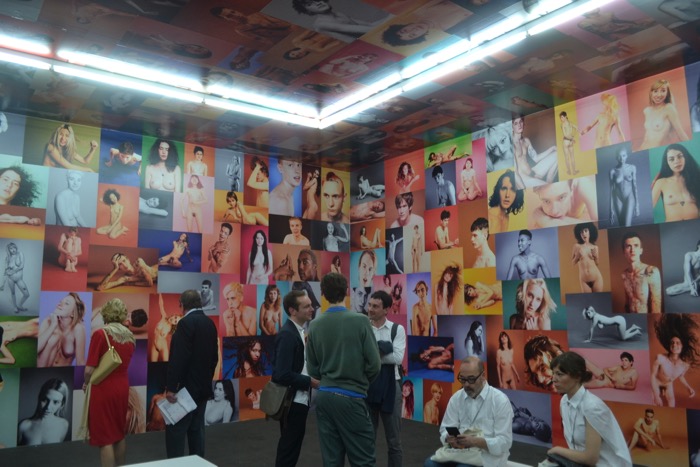 200: The approximate number of models in Ryan McGinley’s YEARBOOK (2014) installation, for which he’s covered every inch of a room with photos.

500: The minimum number of portraits that are in that room. 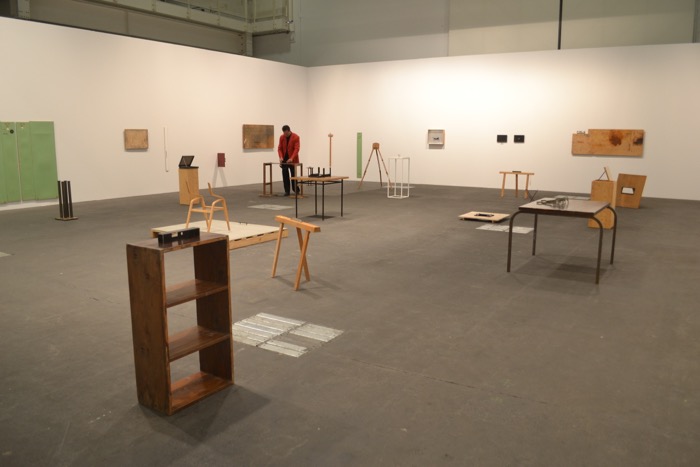 50: The number of curious objects that Roman Ondák included in his work Signature (2014). 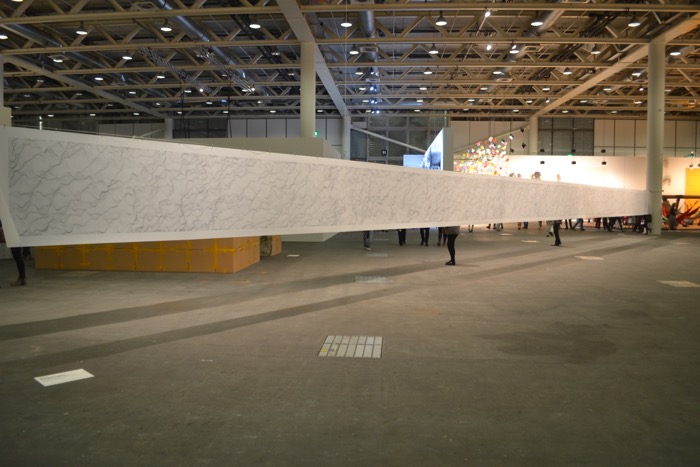 3,000: The length, in centimeters, of Dadamaino’s drawing Il movement delle cose (1999), which stretches across a good portion of the hall.

98.4: That measurement in feet, approximately. 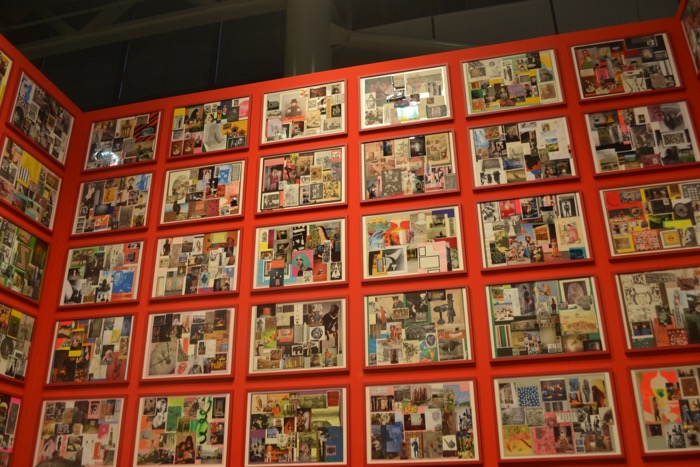 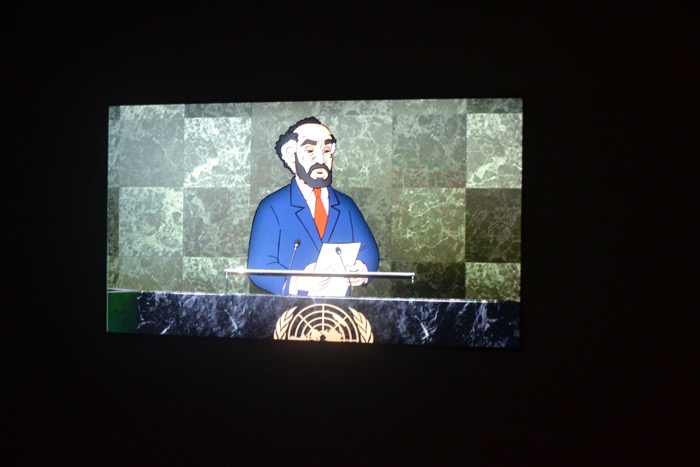 1,500: The years covered (into the future) in Darren Bader’s cartoon video The Vagrant, which is about the development of sculpture in outer space. It is completely hilarious and wonderful, and worth the 13 minutes it asks of you. 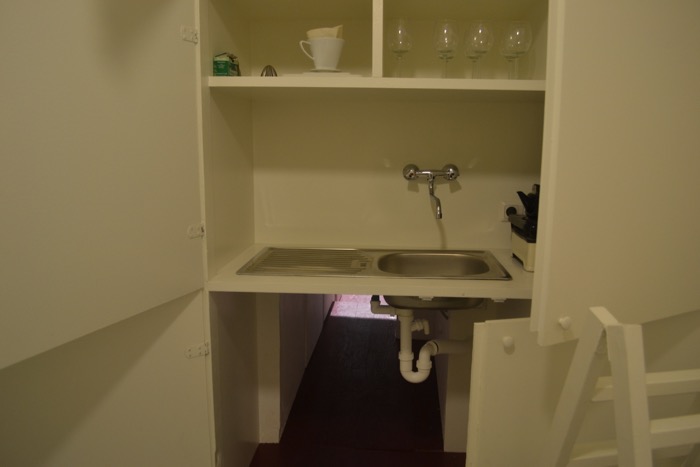 1: The number of people I heard loudly sighing after crawling through the very cramped tunnel into Gregor Schneider’s installation u r 19, LIEBESLAUBE (1995–96) and seeing that the only things inside are a spare bed, some plumbing, and a few cabinets.

$3,400,000,000: The total estimated value of all the work on offer at Art Basel, which begins today, according to the AXA insurance company.