On the evening of Friday, January 19, ARTnews will co-present a symposium titled “Morton Subotnick and the Many Orbits of Silver Apples of the Moon” at New York University. Free and open to the public, the event—organized in collaboration with the NYU Music Technology and the Humanities Initiative—was conceived as one of several to commemorate the 50th anniversary of Subotnick’s 1967 album Silver Apples of the Moon, which he created in an early electronic-music studio that he helped establish on Bleecker Street in Greenwich Village. 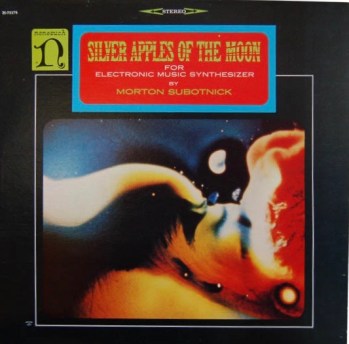 The studio became a locus for many avant-garde composers and practitioners of emerging forms of multimedia art, and work from there was integral to the Electric Circus, an East Village nightclub and discotheque that played home to sights and sounds that remain futuristic and forward-thinking many decades later. Tony Martin, who developed the visual presentations that accompanied Subotnick’s proto-techno musical performances there, will join in the talk on stage, as will Laurie Spiegel, a composer who worked in the Bleecker Street studio before pioneering early modes of computer music with works including her 1980 album The Expanding Universe.

Materials to be discussed include archival finds relating to the filmmaker/kinetic sculptor Len Lye, an “Electric Christmas” concert at Carnegie Hall in 1967, and other happenings from the era, as well as reminiscences among composers including Charlemagne Palestine, Eliane Radigue, and others mined by the documentarians behind Subotnick: Portrait of an Electronic Music Pioneer, a feature-length film currently in the works.

Andy Battaglia, deputy editor of ARTnews, will moderate the discussion, which will be held at the NYU Black Box Theatre at 82 Washington Square East. Further details can be found here.