From conservators and framers to fabricators and handlers, a look at how art happens. Habitat: Peer into the World of Framers, Fabricators, Conservators, and More – ARTnews.com
Skip to main content

Anyone who visits a museum or gallery on install days can attest to the mass of crates and many multipurpose professionals ushering artworks into place. And that doesn’t even begin to consider the labor involved behind the scenes, before the art arrives. With a sense of craft and care comparable to that of the artists whose work they tend, art-service professionals play a crucial role in making sure artworks get where they need to go, in preserved condition and suited to be seen in the proper light. For this installment of Habitat, ARTnews visited art services in and around New York City to see how paintings get framed, sculptures get forged, and more. 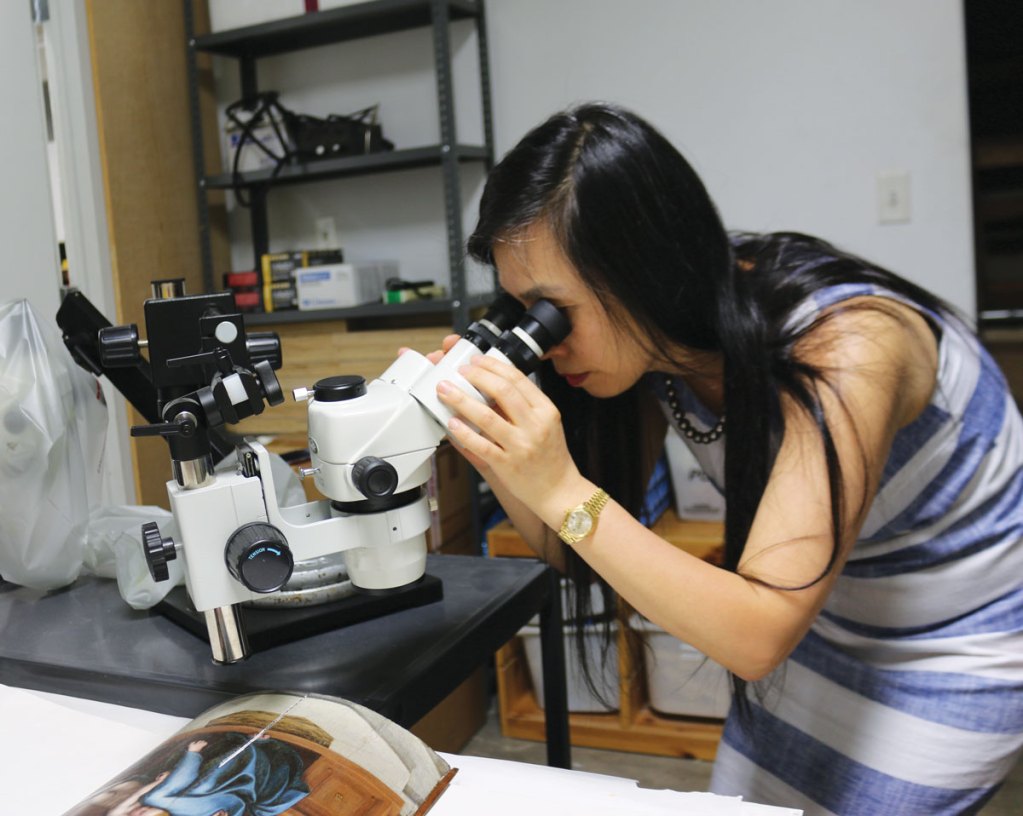 Suyeon Kim, peering through a microscope at a 16th-century painting by Marcello Venusti, is a cofounder of the Fine Art Conservation Group in New York, which specializes in the care and repair of art in different mediums. Kim estimates that 60 percent of her clients are galleries and 35 percent are collectors—the last 5 percent being people who bring in belongings with sentimental value. 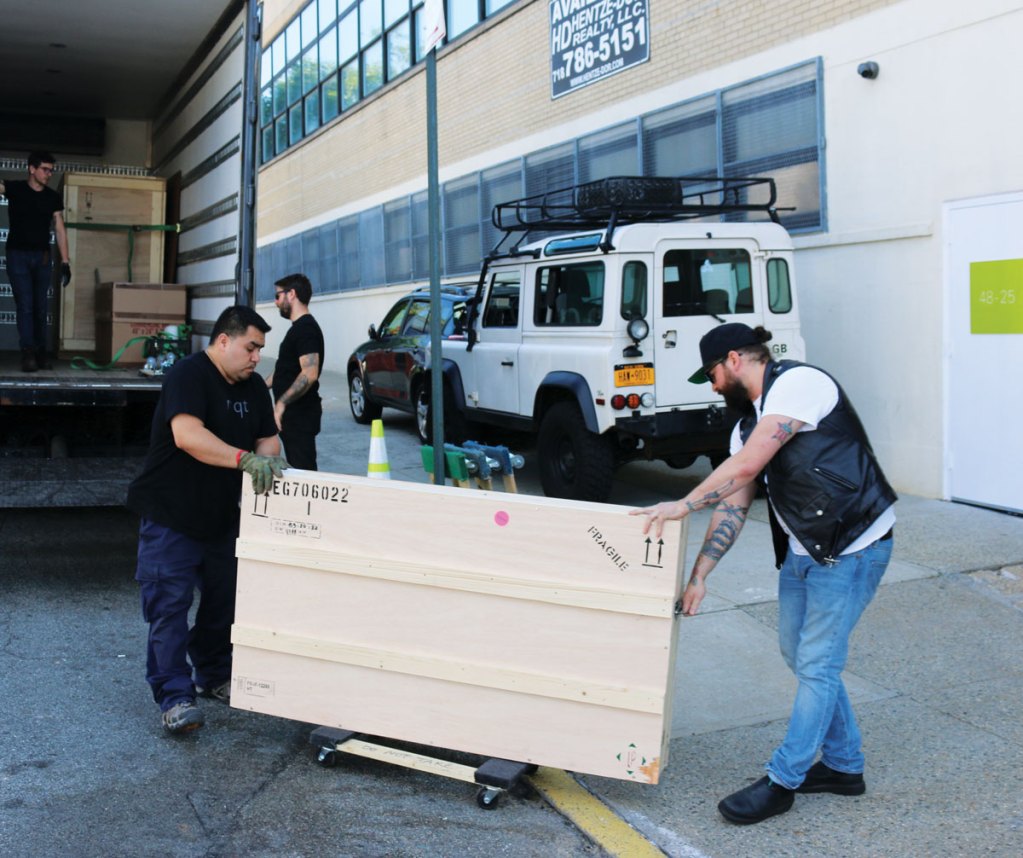 Here, moving professionals transfer artworks belonging to collectors and institutions from a Maquette Fine Art Services location in Long Island City, Queens. Maquette, a multiservice operation that provides transport, packing, storage, shipping, and assistance with installation, has a fine pedigree, having been founded in 2011 by a head preparator for Pace/MacGill Gallery and a lead art handler for Paul Sipos, a 1970s-era art-handling pioneer who counted composer Philip Glass and critic Jerry Saltz among his early employees. 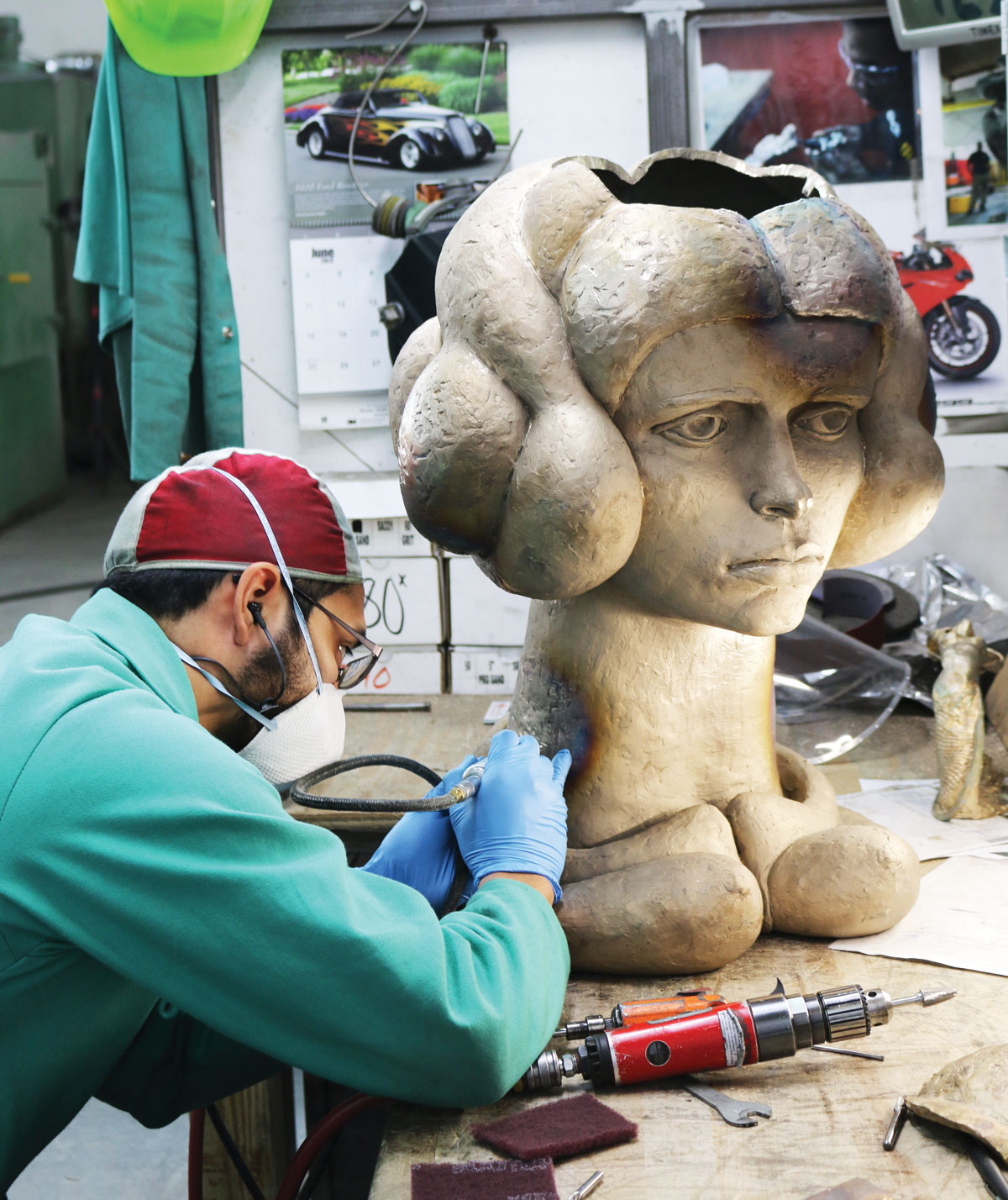 Polich Tallix is a fabricator in the Hudson River Valley that, since opening in 1968, has helped realize work by artists including Jeff Koons, Matthew Barney, Louise Bourgeois, Frank Benson, Ursula von Rydingsvard, and Charles Ray. (The foundry also makes the Oscar statuettes for the Academy Awards.) Here, a finisher works on texture in bronze for Patricia von Musulin’s Gloria @ 17. 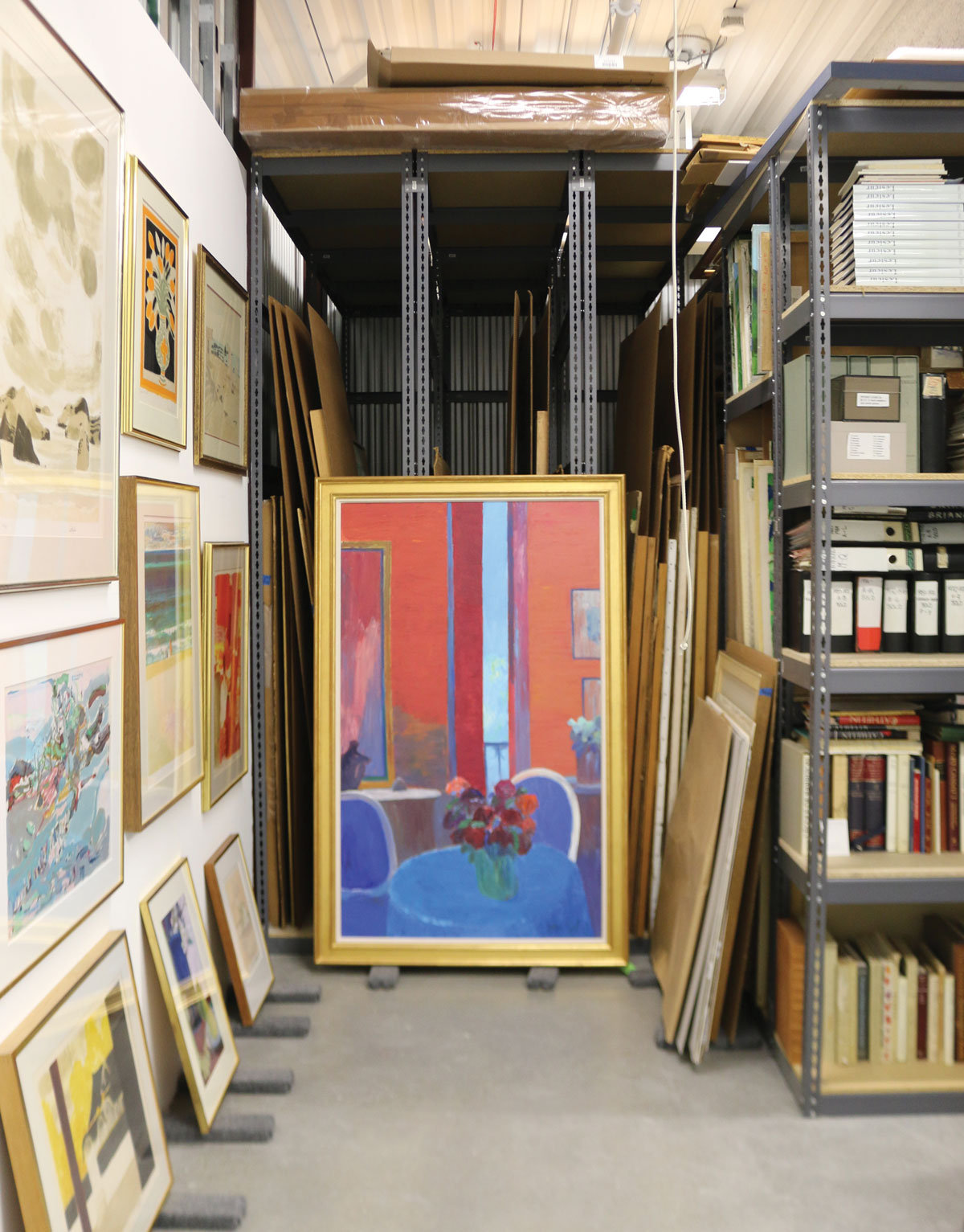 The storage unit at Uovo for the New York gallery Artioli Findlay functions as a holding bay as well as a quasi-gallery space where works can be discreetly shown to potential buyers. As a collector himself, Steven Guttman recognized the need for a one-stop shop and established Uovo in 2014. Named for the Italian word for “egg”—a delicate object requiring gentle care—Uovo specializes in storage and transportation services, with 500,000 square feet of space at three locations in New York City as well as in upstate New York. Its flagship space in Long Island City plays home to nearly 500 storage spaces, six viewing rooms, and a café with iced coffee on tap. 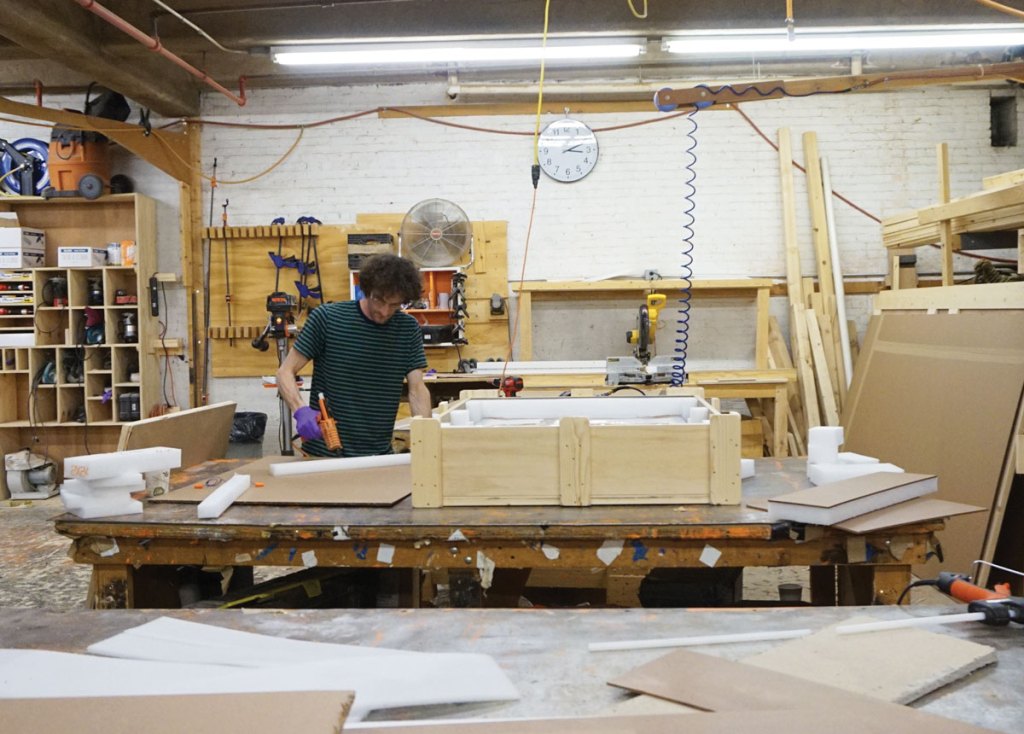 When art is involved, a crate is much more than an arrangement of wood planks. The ones here, under construction at Crozier Fine Arts, come with a stamp marking them as ISPM 15-compliant, which stands for International Standards for Phytosanitary Measures. This standard, in plainer language, assures that there is no risk of insects that could damage the goods. A self-described “art logistics” company, Crozier opened up shop in New York in 1976. Decades later, artworks are constantly crisscrossing the globe: Crozier made more than 2,000 custom crates last year and plans to exceed that number in 2017. 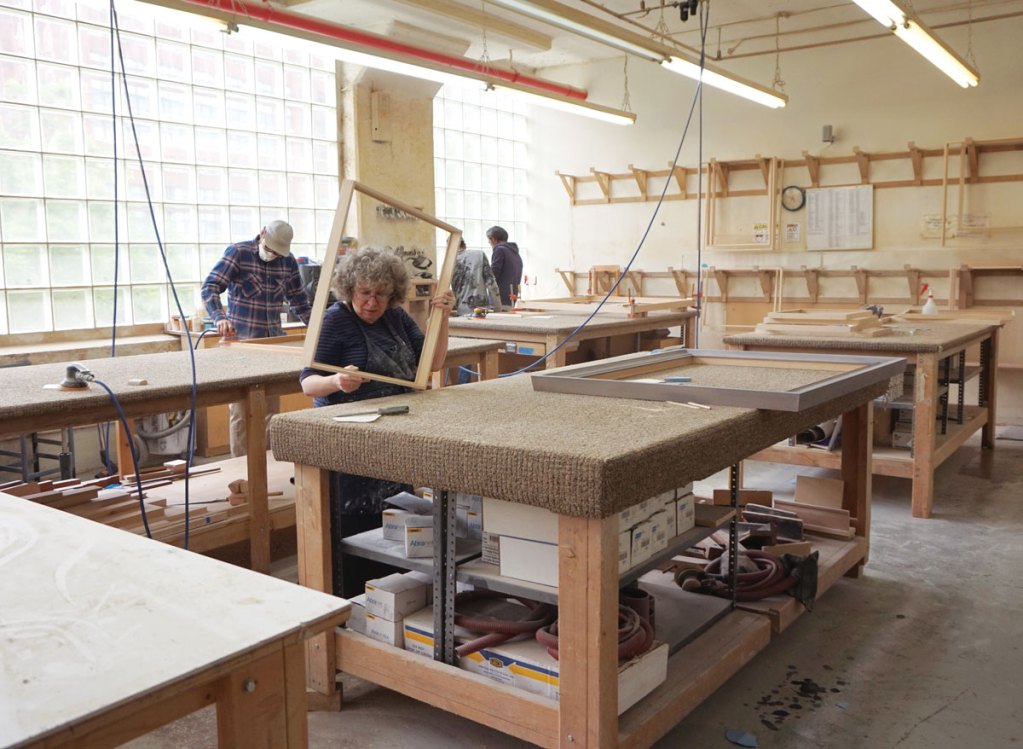 At Bark Frameworks, veteran gilder Yelena Budylin inspects a custom frame and, in a room reserved for the practice, a worker demonstrates a centuries-old gilding technique by applying one thin gold sheet at a time. Jared Bark started his company in 1969 as a one-man operation in a SoHo loft. He made frames for friends while working as an artist as well in the burgeoning downtown scene. Today, the company occupies a 27,000-square-foot facility in Long Island City, with 42 workers enlisted in an employee stock-ownership plan. They make approximately 5,000 frames per year, for museums and many of New York’s biggest galleries.