Was there ever a more heartfelt ode to the car than that of Ed Kienholz, the late Los Angeles artist and cofounder of Ferus Gallery who insisted on being buried in his 1940 Packard coupe? Cars are a fact of life for everyone in L.A., and for artists they can also become a rolling studio and a space for contemplation—how else to deal with a standstill on the 405. ARTnews asked nine L.A. artists how they roll. 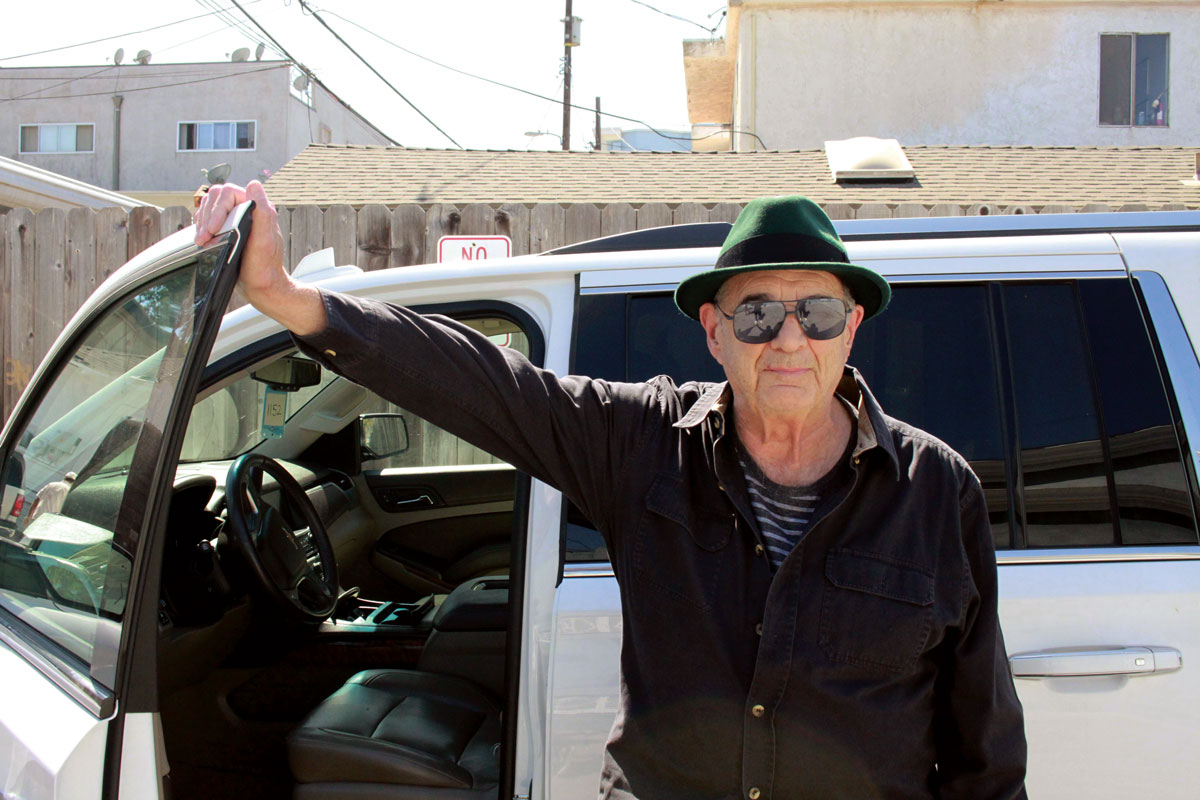 Larry Bell bought his first car, a 1957 Chevrolet, from Robert Irwin, and drove a Ford pickup for a while after that. He takes his current car, a 2015 Chevy Suburban, on frequent 14-hour trips between his homes in L.A. and Taos, New Mexico. In lieu of a soundtrack for the scenic drive, Bell likes to simplify: “I take out my hearing aid and turn off the radio,”  he said. 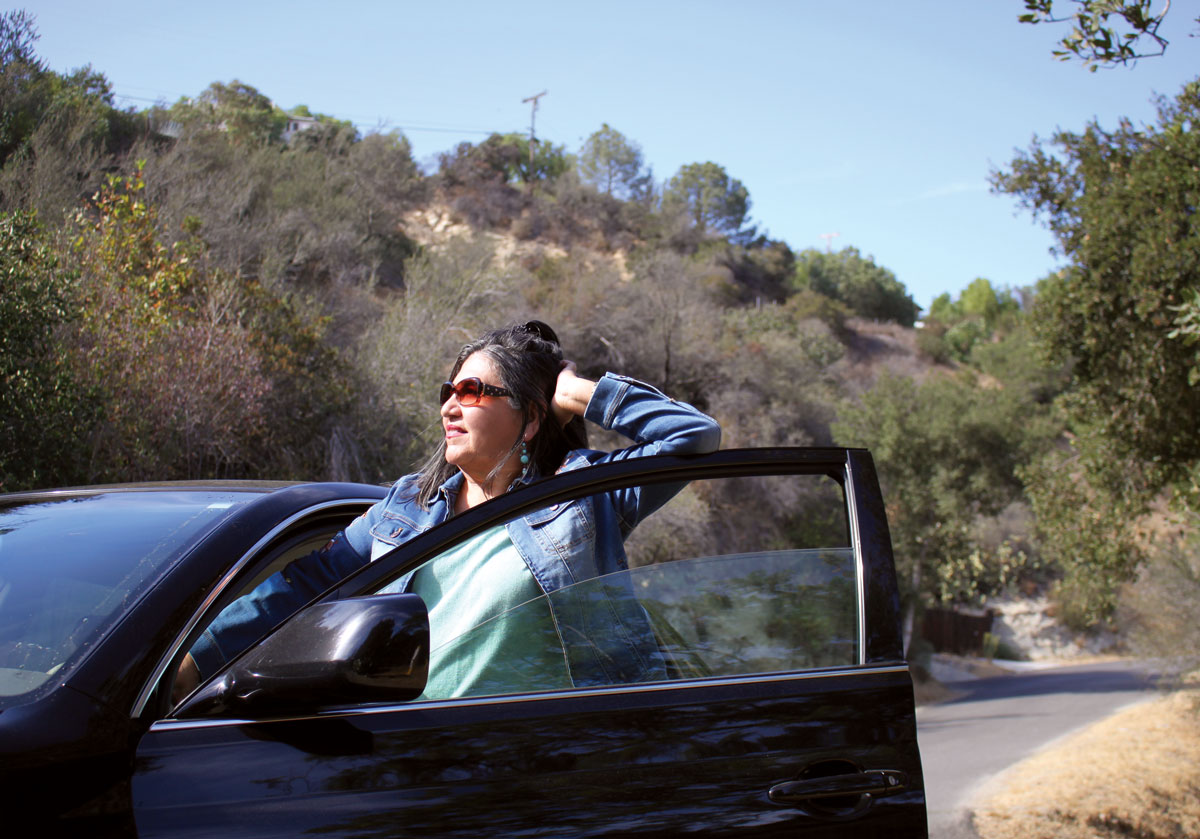 L.A.-born painter Linda Vallejo does a lot of thinking in her 2009 Toyota Avalon, which carries her to and from her home in Topanga Canyon. “I work through images in my mind while driving,” she said. Traffic can be a bad influence. “Because of the congestion, a lot of us are becoming rude drivers.” But there’s an upside too: “When people think of California, they think of a classic car driving down Santa Monica Boulevard. It’s an iconic American image.” 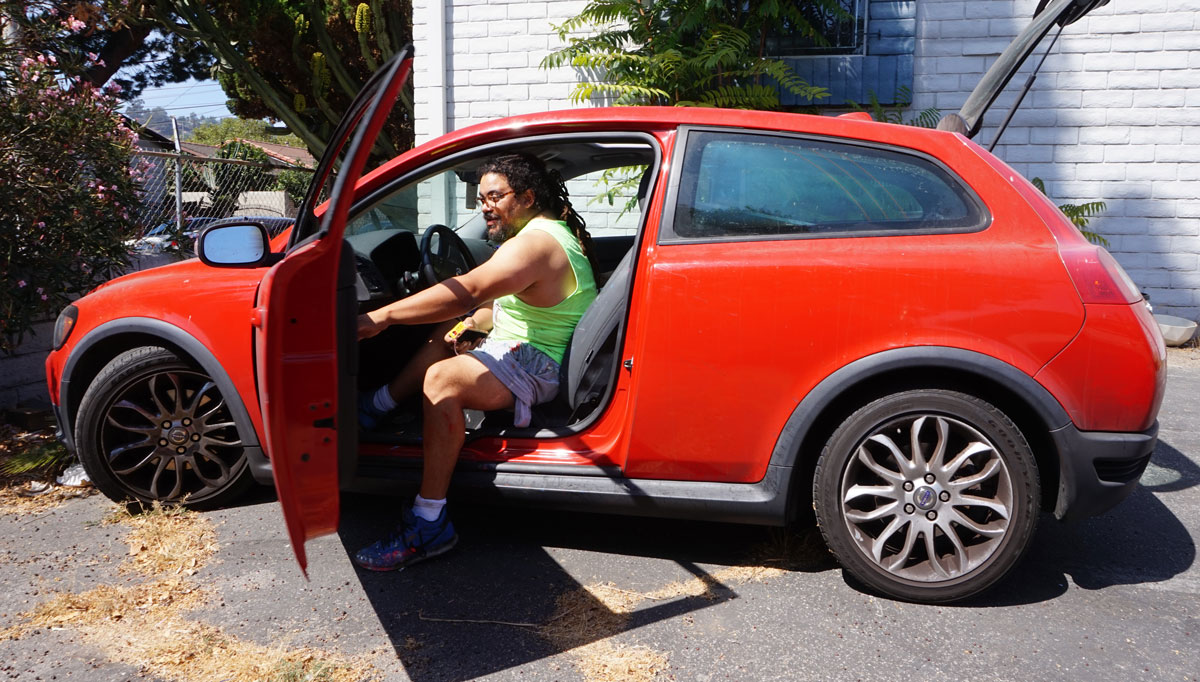 “When I first moved to L.A., the only thing I didn’t like was the traffic,” said Spencer Lewis. After getting in an accident in his Toyota Prius last year, the painter now drives a red 2009 Volvo C30 that doubles as a mobile workstation of sorts. In addition to selling custom T-shirts out of his trunk, he said, “I like to sit in my car, eat in my car, smoke in my car. I take a picture of my paintings and draw on my phone what I want to do next. In those moments my car is like an office.” 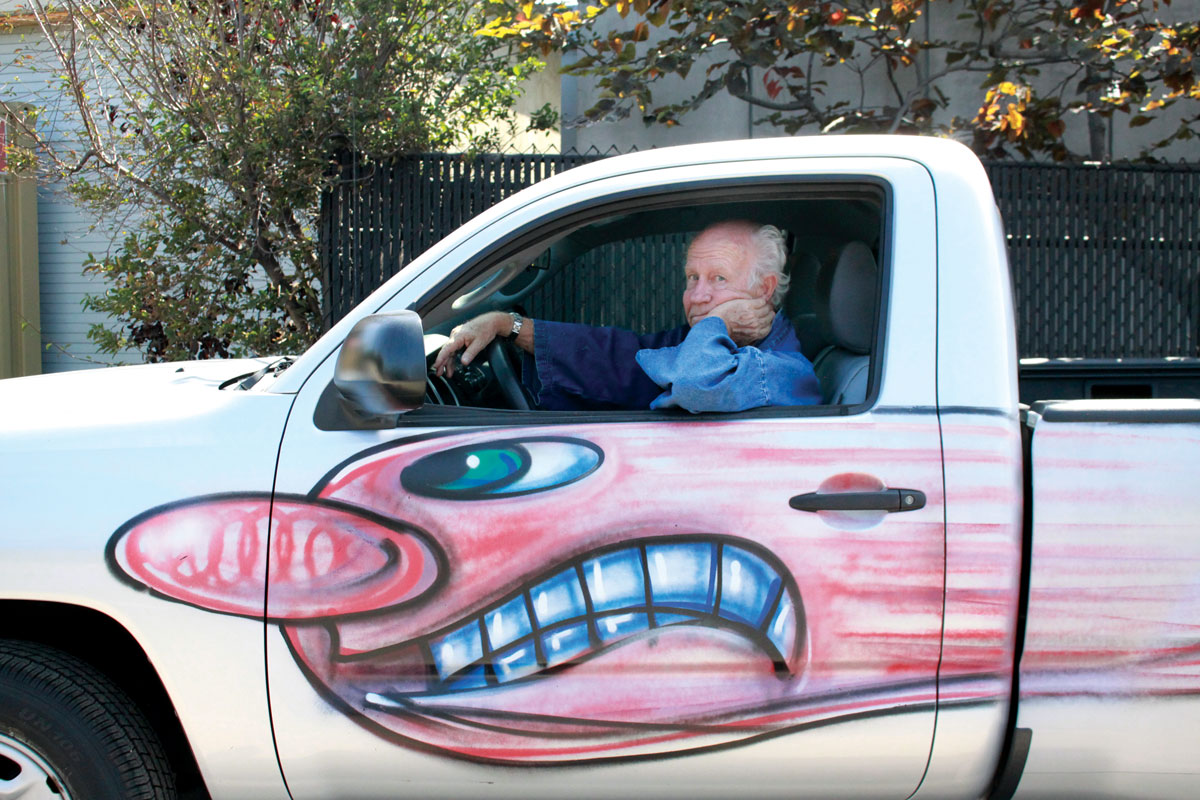 Joe Goode’s 2012 Toyota Tacoma is emblazoned with a custom painting by his friend Kenny Scharf. And Goode’s appreciation of automobiles goes back a ways: In 1969 he photographed 12 fellow artists in their cars—including Ed Ruscha, James Turrell, and John McCracken—for a calendar that is now in the collection of the National Gallery of Australia and the National Gallery of Victoria. “Maybe it wasn’t consciously,” Goode said, “but in many ways their cars expressed their personality.” 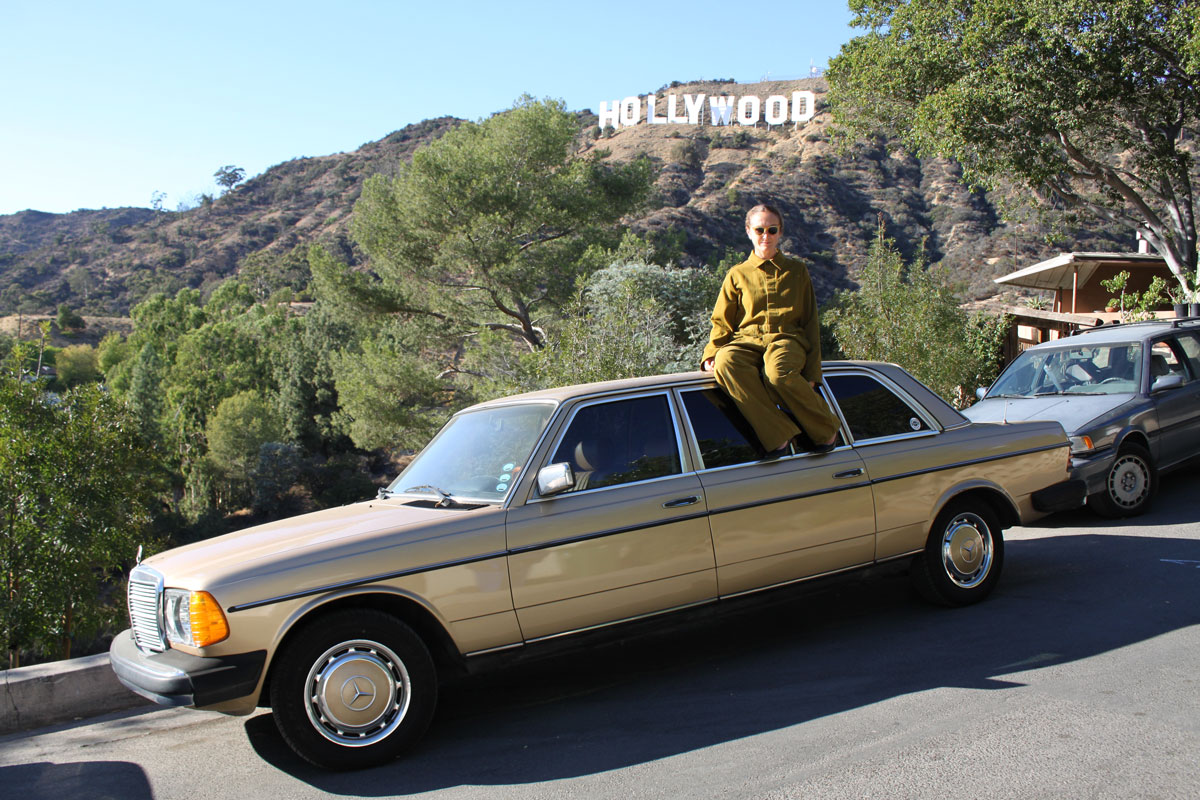 Around her home in the Hollywood Hills, the Italian-born performance artist Vanessa Beecroft travels in style in her gold ’80s era Mercedes-Benz limousine. She’s a loyal customer too. “I own two Mercedes limousines, one Mercedes coupe, and one Mercedes wagon, all from the 1980s. I refuse to drive anything else!” 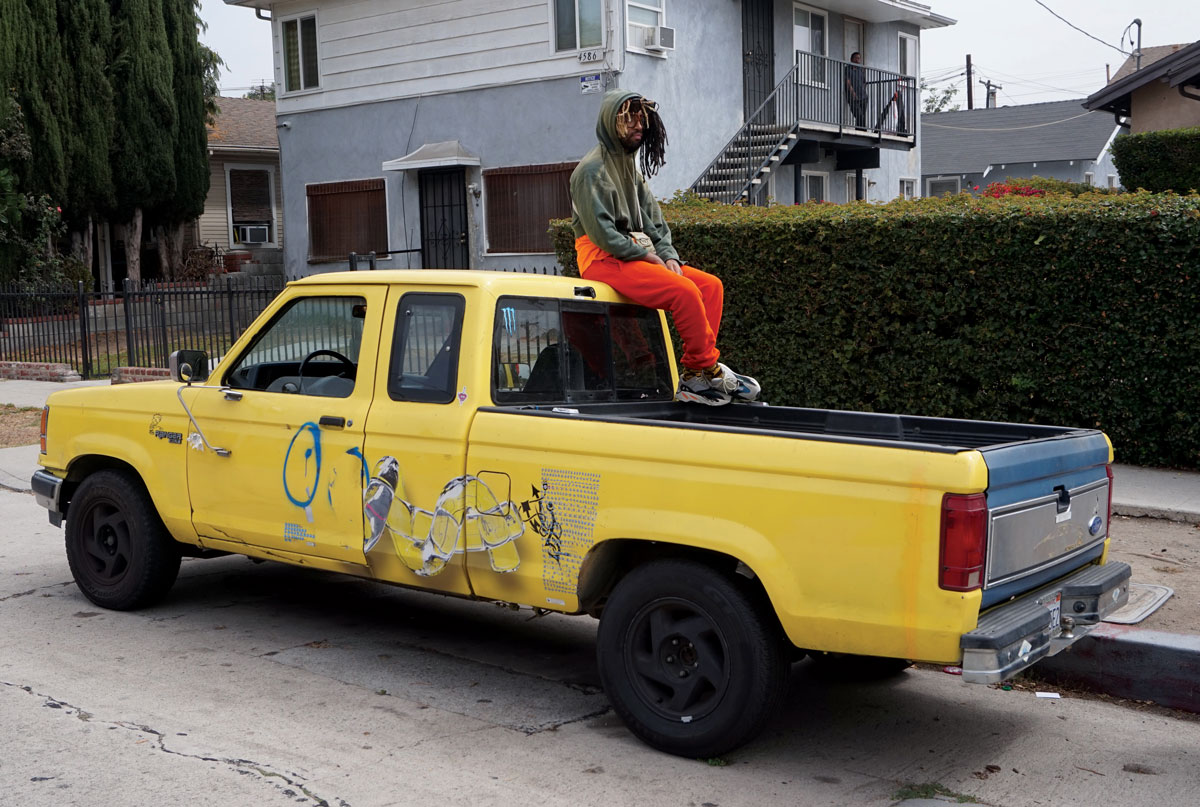 Yung Jake’s 1991 Ford Ranger has served as the centerpiece of a 2017 exhibition at Steven Turner Gallery (otherwise populated by his paintings) and a stage for hip-hop shows with rappers at work in the back. It’s also good for carting stuff around. “It’s not a necessity to drive here because of Uber,” Jake said, “but my truck is good for moving large objects.” 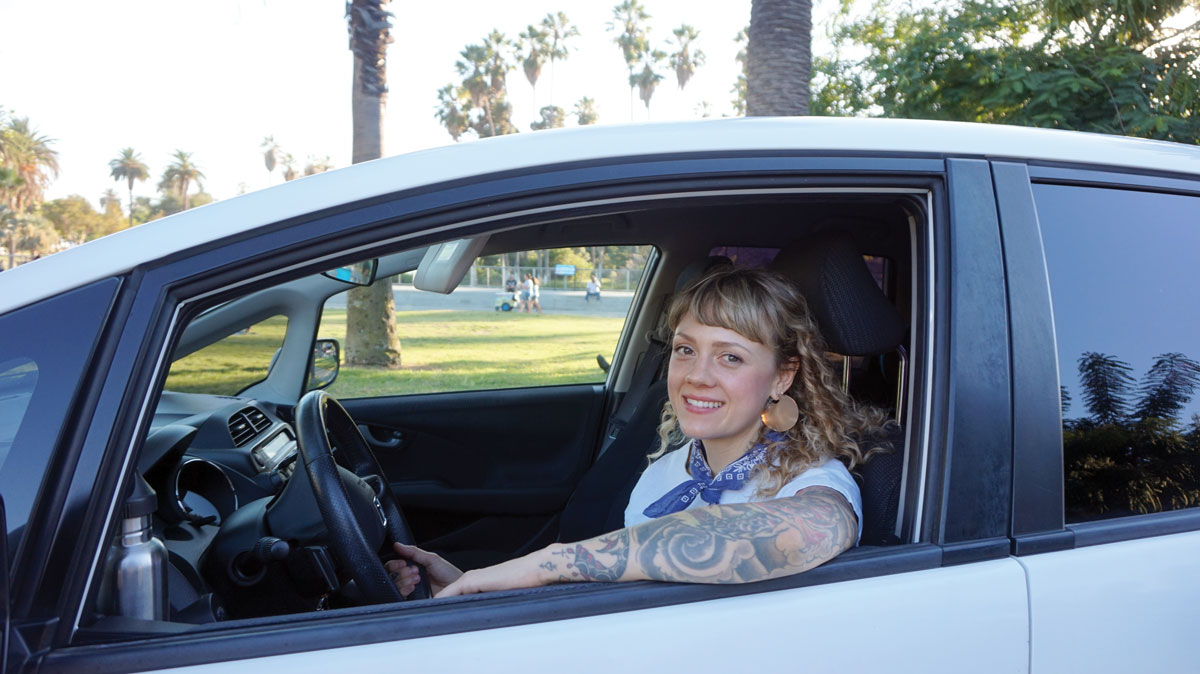 “Because of all the traffic jams here, I often find myself looking at something a lot longer than I would had I been walking instead,” said Hilary Pecis, a painter whose eye for observation has been trained in part behind the wheel of her 2013 Honda Fit. Some kinds of traffic are better than others, though: “The freeway is not visually stimulating—avoid it at all costs. 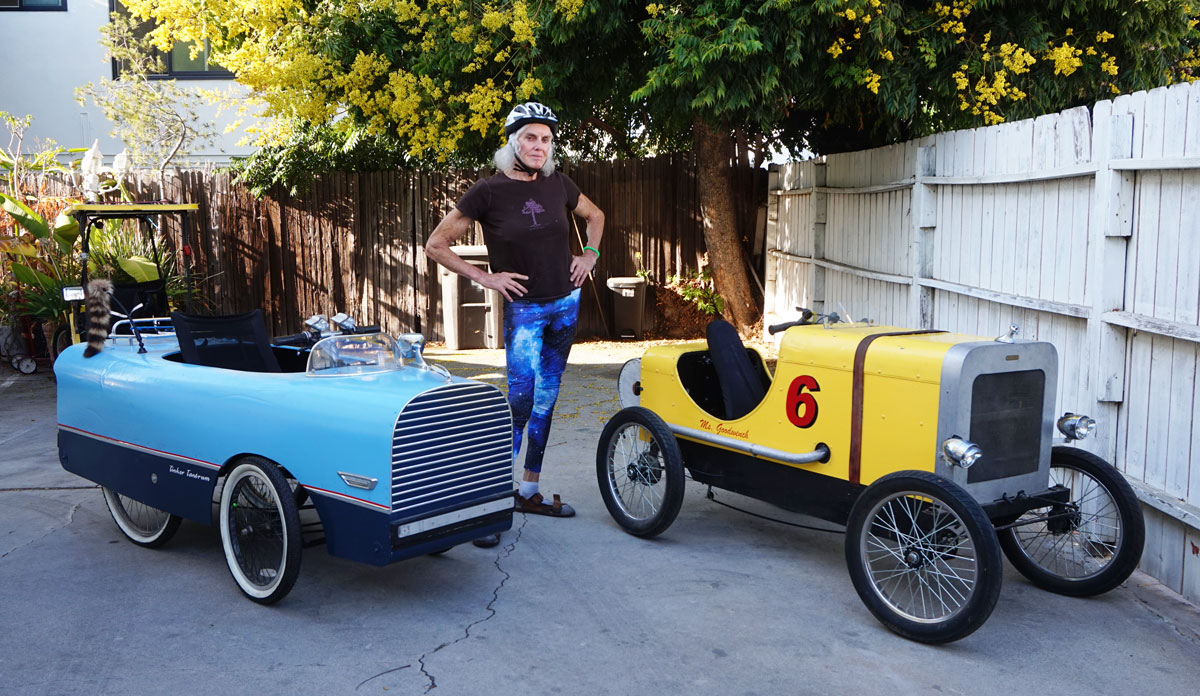 Pippa Garner describes her custom street-ready pedal cars as “appendages for the inner child.” One of the contraptions she built in Long Beach is an adaptation of a ’50s roadster made with an overturned canoe. All of them boast a sense of play that taps into Garner’s childhood nostalgia. “Cars will always have faces, with a mouth with two headlights for eyes,” she said. “They all have personalities.” 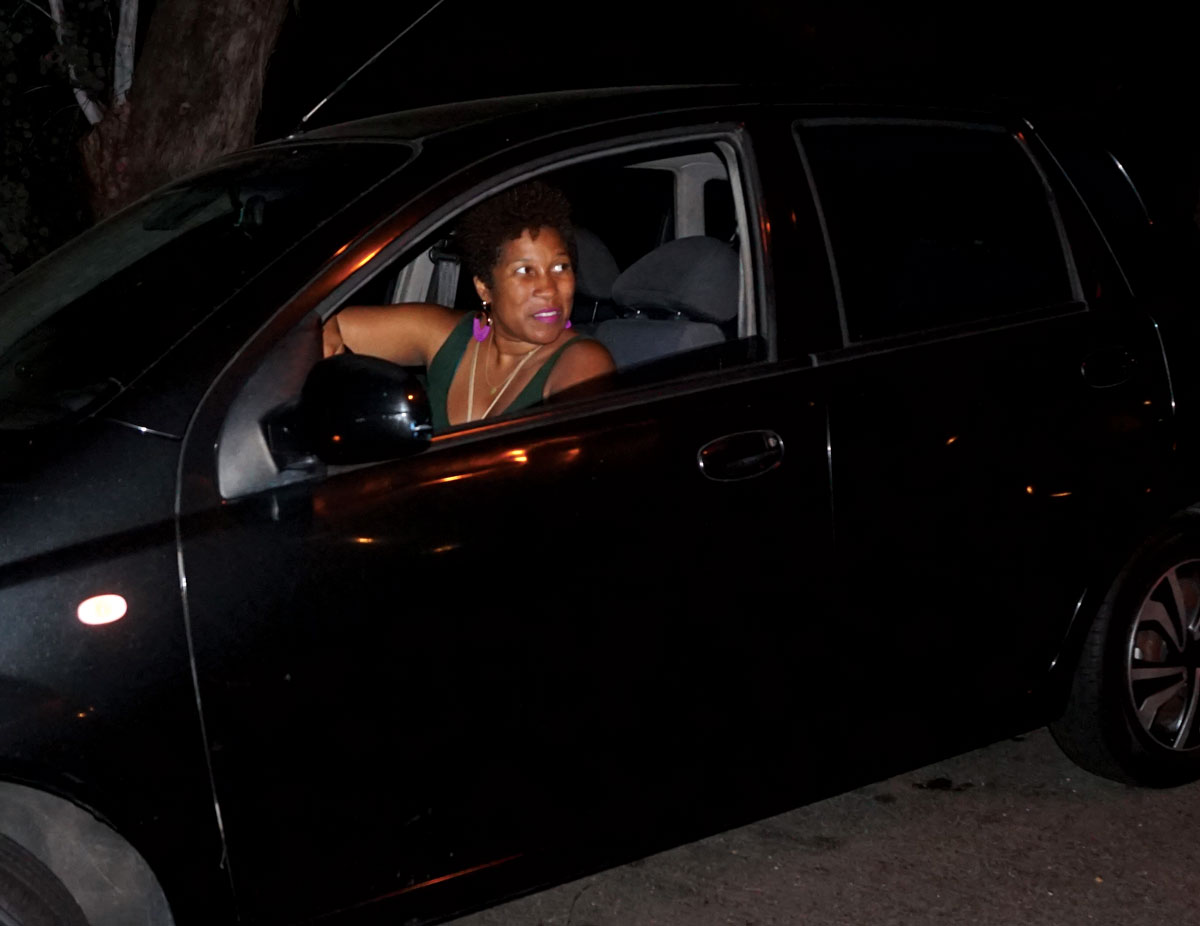 Zeal Harris dreams of one day acquiring an automatic transmission. “Nobody wants to drive a stick shift in L.A.,” she said of her 2006 Chevy Aveo. Harris previously supplemented her income as a painter with driving gigs for Uber and the delivery service Postmates. Cruising the streets for work brought her closer to the people of her city. “In my car, I witnessed passengers crying, going on dates, acting out in drunken stupidity, or sleeping,” she said.