Public art can leave a lasting impression. As buildings rise and fall and memories of neighborhoods change, the core of a city can be mapped by coordinates that art lovers know. On the occasion of the 40th anniversary of New York’s Public Art Fund—founded in 1977 and engaged in the decades since with such artists as Keith Haring, Jenny Holzer, Guerrilla Girls, Olafur Eliasson, Ai Weiwei, and scores more—ARTnews asked current director and chief curator Nicholas Baume to tell us about some of his favorite pieces around New York. Public art, he said, “forces artists to rethink how they work. It can be challenging, but it can also open doors—to new materials, thematics, scales.” 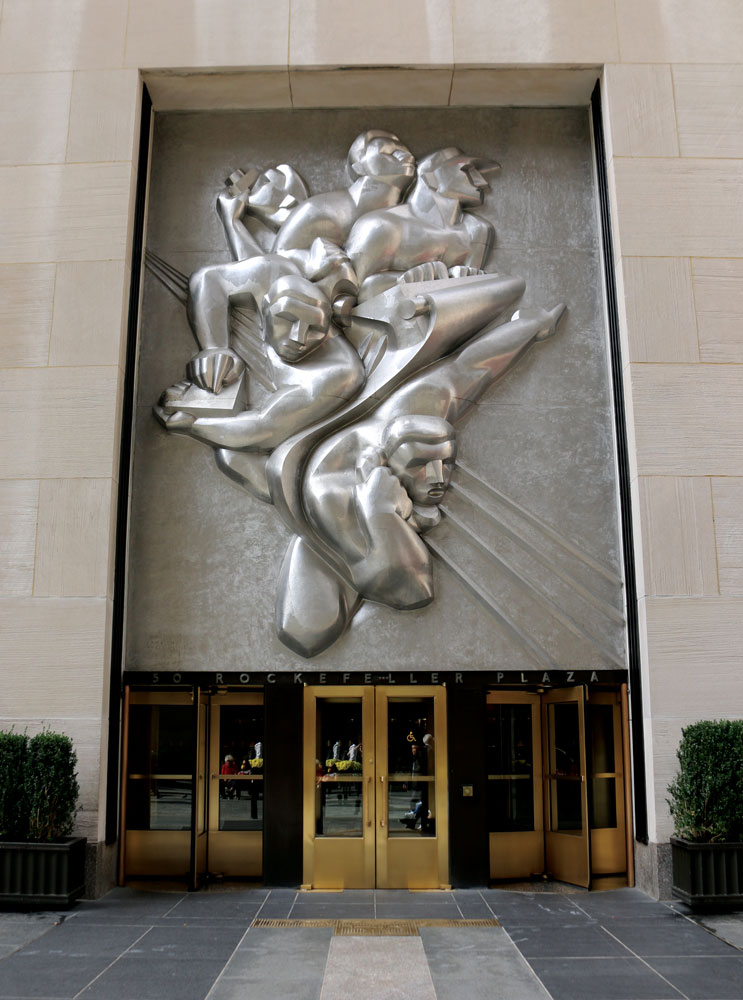 “This early bas-relief sculpture—installed in Rockefeller Center in 1940 and Noguchi’s only work in stainless steel—stands above the entrance to what was once the Associated Press Building. It’s all about the news. People are racing to get the news—they’re on their phones, taking notes, taking pictures. It has tremendous energy.” 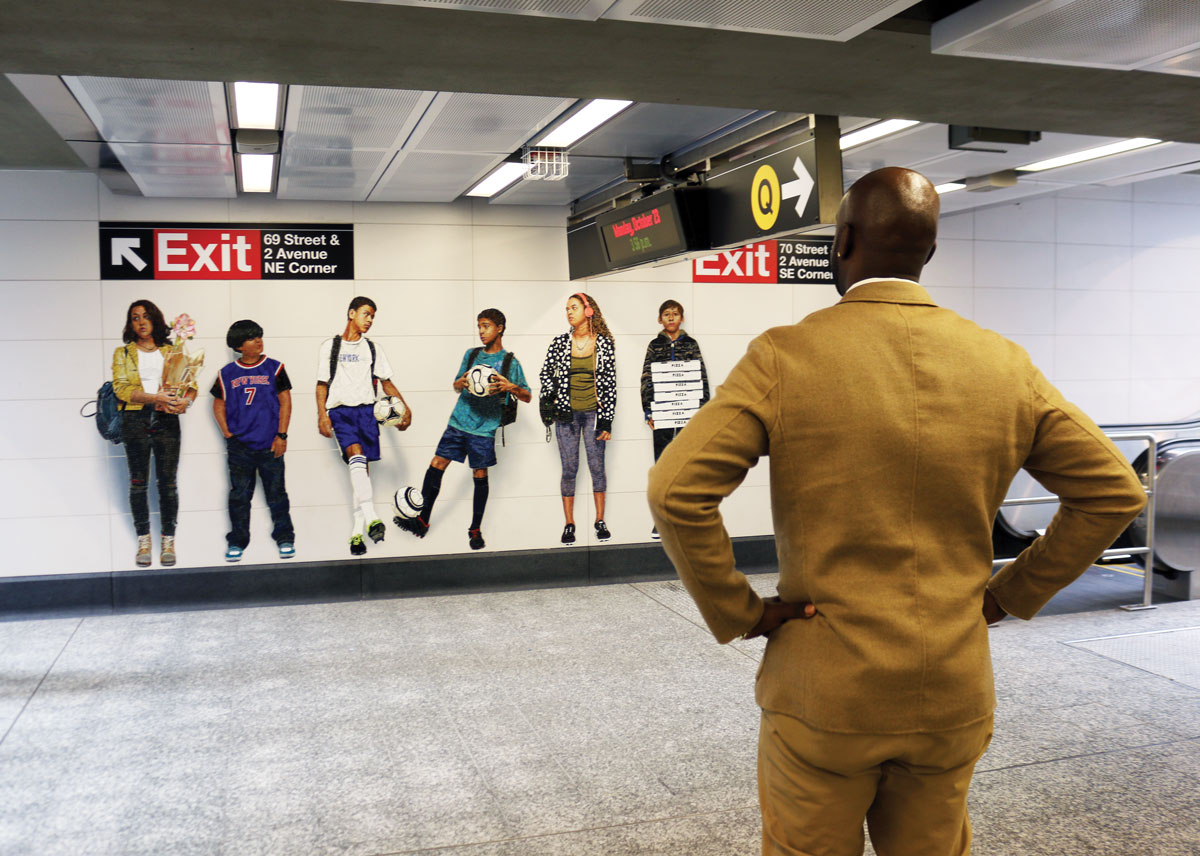 “It’s nice to see important artists translate their practice into a language that works in the new subway stations at 72nd and 96th Streets on the Upper East Side. Along with another favorite by fellow Public Art Fund alum Sarah Sze, Perfect Strangers by Vik Muniz brilliantly adapts materials and methods to a different urban context.” 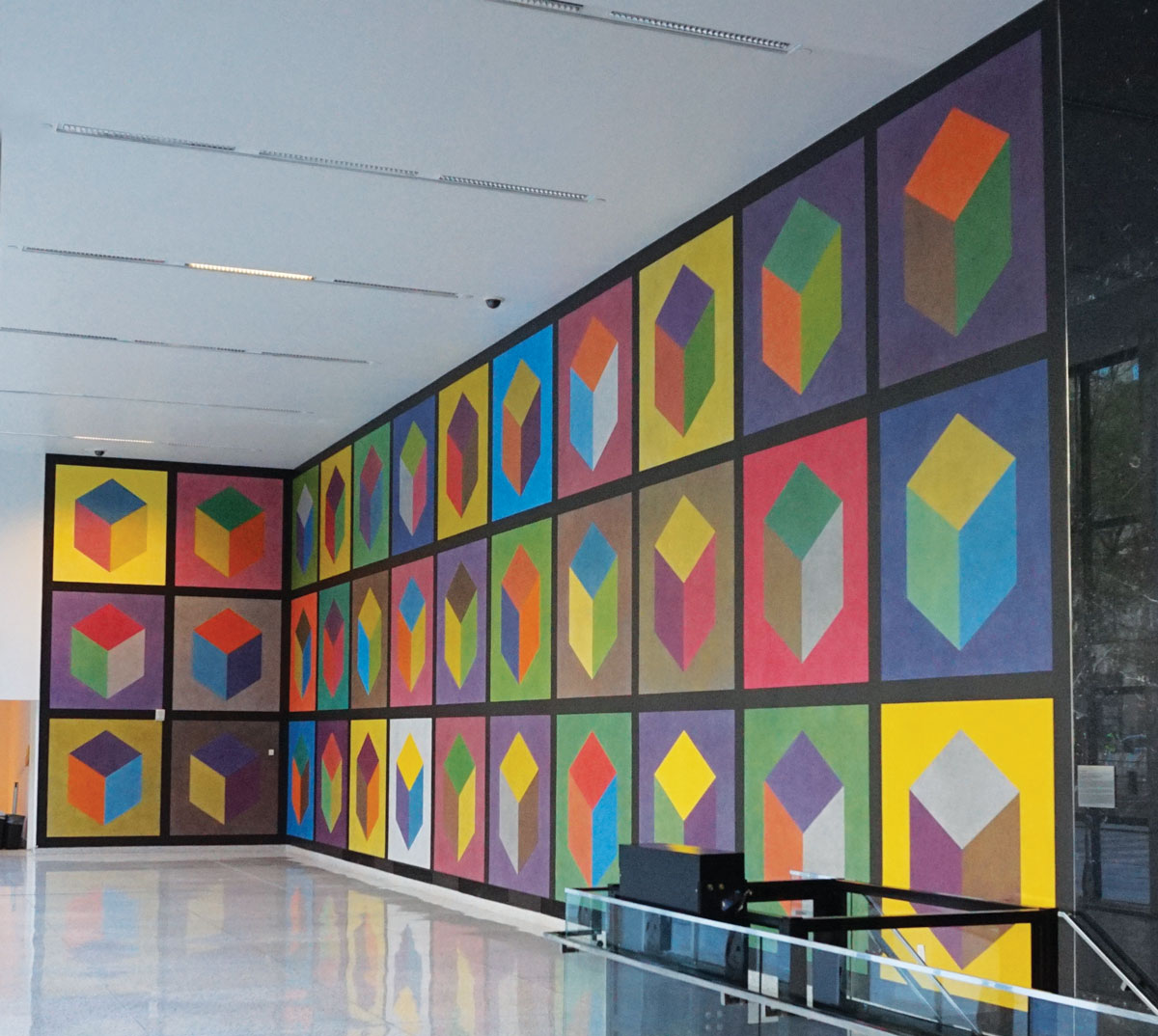 “During this period, in 1994, LeWitt was using colored ink wash, which goes back to early Italian frescos, filtered through his own geometric abstraction. It’s his signature form of the cube treated with many variations of color. I used to walk by this piece, which is inside some windows on Federal Plaza and is maintained by the U.S. General Services Administration, when I was applying for American citizenship in 2012.” 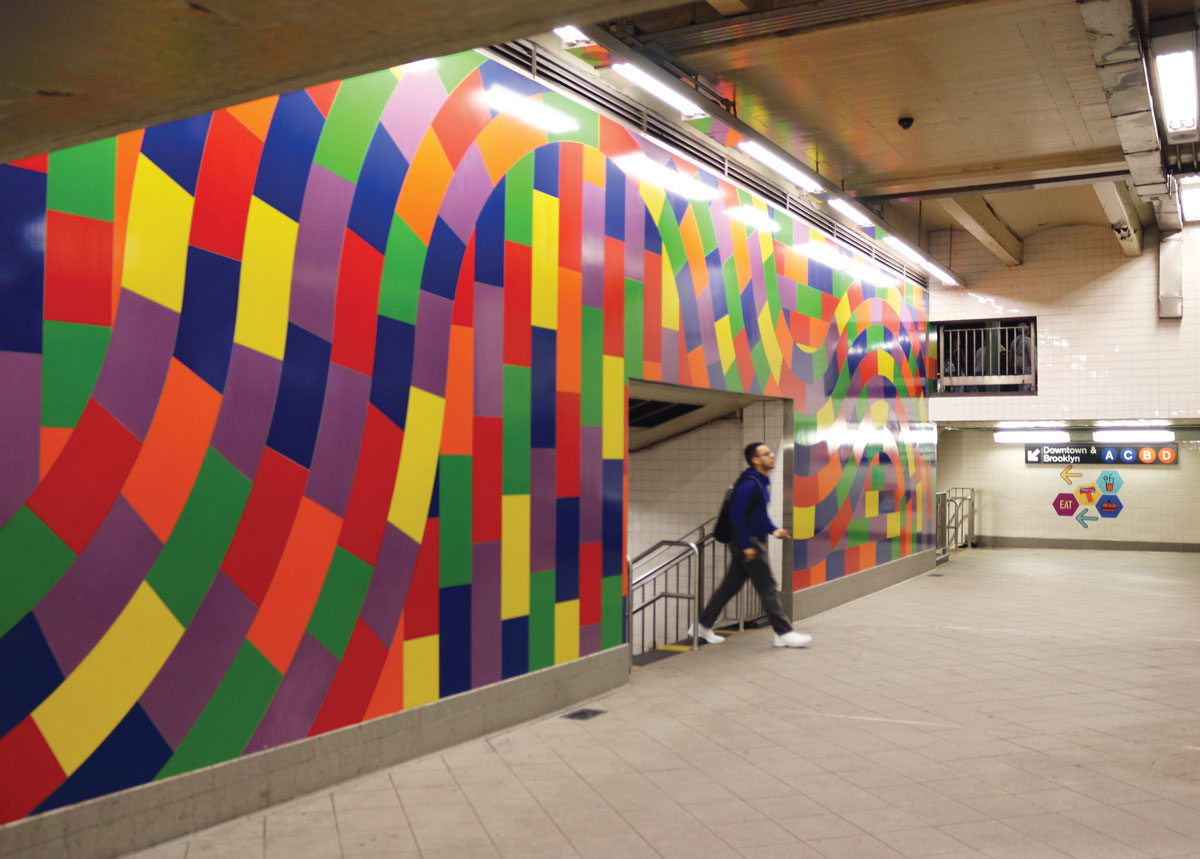 “This is a joyful, vibrant piece that relates to LeWitt’s wall drawings but uses the durable form of porcelain tile as its material—so it speaks to the language of historical subway art. For LeWitt, well known for his earlier, more minimal palette, this is an exuberant departure.” 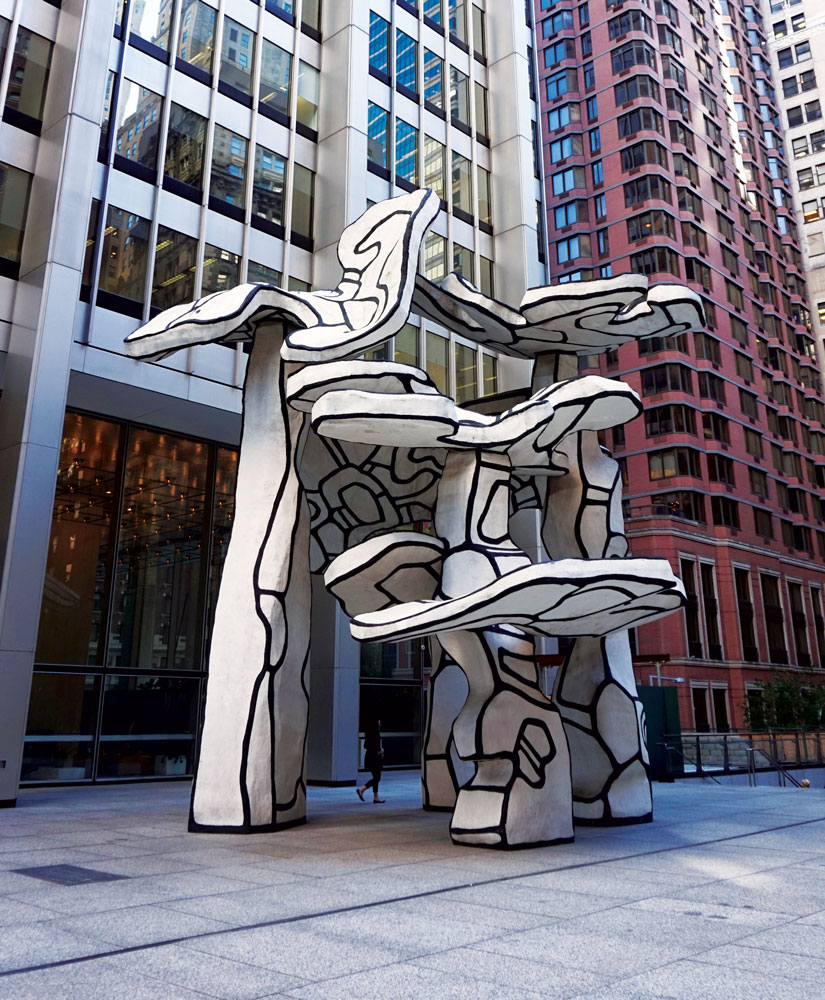 “The siting of this work by Dubuffet is a really successful juxtaposition. Commissioned in 1969 by David Rockefeller, the sculpture stands 40 feet high next to what used to be called One Chase Manhattan Plaza, a Modernist tower boasting clean vertical lines and a restrained palette. This organic, bulbous form is both a complement and a contrast.”

“This is the oldest man-made object in Central Park, dating back to 1450 BC. It’s situated just behind the Metropolitan Museum of Art and was originally erected in 1881 in front of many admiring New Yorkers. The process of its journey from Egypt to America is fascinating—and it’s an object shaped by human hands that transports you across thousands of years.” 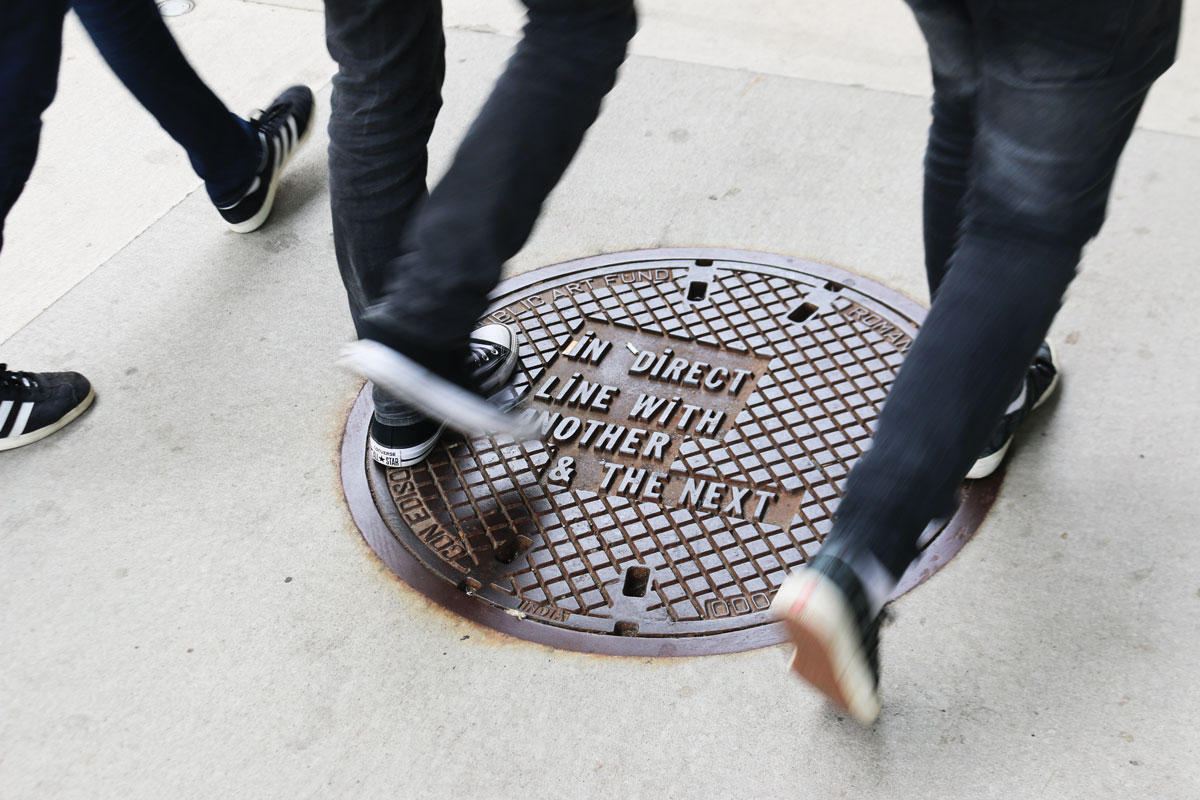 “For this piece, commissioned in 2000 by the Public Art Fund, Weiner used the fabric of the city as an unexpected canvas. Distributed around Lower Manhattan were 19 manhole covers—each reading ‘in direct line with another & the next.’ This one was installed by the Whitney Museum on the occasion of its opening downtown.”

How Trump Got Trolled By a Couple of Fascists