During FIAC last week, New York artist Darren Bader, who is perhaps best known for sculptures that consist of live cats and pairs of burritos, staged a one-night-only exhibition that was hosted by the Calder Foundation at the Brownstone Foundation in Paris. Not the sort of thing you want to miss! Thankfully, the Calder Foundation has been kind enough to provide some photos of the action for all of us. They were shot by Guillaume Blanc, and follow below.

Leading up to the event, a rep for the foundation, which awarded Bader its 2013 Calder Prize, noted in an e-mail that the works would involve “bagpipes, popcorn kernels, feature films, the numbers 10 thru 13, some objects, two pairs of parentheses, songs, faces, shower curtains, a pun, and maybe a cucumber.” Judging by the images, it appears that he pretty much delivered. Enjoy. 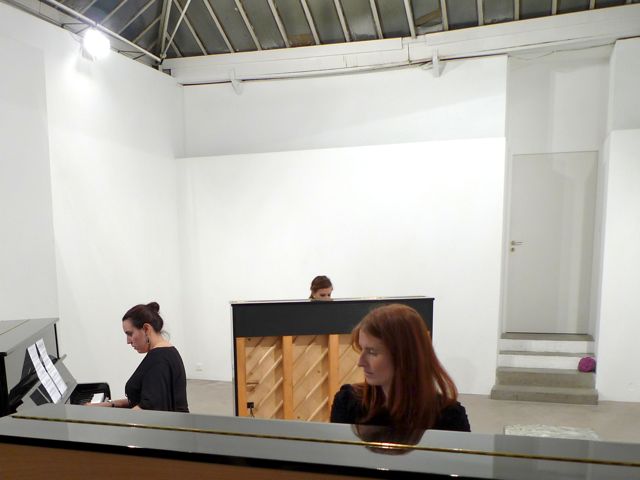 How ‘Munch’ Became the Song of the Summer