Kenny Schachter is a London-based art dealer, curator, and writer. The opinions expressed here are his own. 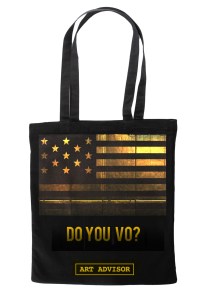 Let us put aside the oodles of money, the stupefying levels of celebrity worship and the trend of early retiring art brats and focus on the good stuff: the art, the artists, the museums, and the galleries, like it’s 1999 instead of 2014.

It’s nice to see a gallery doing things right. In her generosity of spirit, dealer Vanessa Carlos of London’s Carlos/Ishikawa reminds me of the late, legendary Colin de Land of New York’s now-defunct American Fine Arts. In today’s gallery solar system there are the money-obsessed and the hyper-hipsters, and not a whole lot in between. Colin would tumble out of his grave if he saw the current crop of pretenders. Vanessa he would approve of. She shows true passion in the way she nurtures her artists and supports and furthers their careers.

One of Carlos/Ishikawa’s artists is Korakrit Arunanondchai. Serious-minded, focused, and somehow outside-of-it-all, Arunanondchai seamlessly combines video, performance, painting, and sculpture in his work. His solo show at Carlos/Ishikawa was augmented by an appearance in a group exhibition at the ICA London, comprised of expressionistically painted canvases, seating elements, and mannequins with an integral video component.

His collaborative feature-film-style trailers and videos speak of unknowable, vaguely religious rituals of youth culture incorporating fashion and music. The disparate works were intended as a unified whole and the gallery wisely sold them in groups rather than separately to avoid the inevitable market grab for the more sellable paintings.

Another artist from Carlos/Ishikawa’s stable is 31-year-old U.K.-born Ed Fornieles, whose allover installation called Modern Family at the not-for-profit Chisenhale harked back to Ed Kienholz with computers substituted for TVs and kitsch kiddy snacks and cereals taking the place of Kienholz’s hippy artifacts. Fornieles’s work is often, annoyingly, lumped in with so-called post-Internet art, but its connection with art history makes it anything but of-the-moment.

MoMA’s retrospective of Sigmar Polke, which landed at Tate Modern in October, shows that the work of the late Polke, an incongruous mix of devious scientist and demented humorist, remains as infectiously likable and devilishly frustrating as ever. His orgiastic, outwardly ad hoc (but secretly very deliberate) celebration of colors, forms and toxins has made him more influential than just about anyone since Warhol. One complaint: I found MoMA’s lack of labels maddening; call me a fogey.

Honorable mention must of course go to “polke/richter, richter/polke,” a show I curated at Christie’s private treaty gallery in Mayfair. I lifted the title from the last time the two showed together, at galerie h in Hanover in 1966. My intention was to pit the leading lights of postwar German art against one another in a symbolic bout inspired by Bruno Bischofberger’s staged campaign of Warhol vs. Basquiat in 1985. There were no losers in either ring.

The action wasn’t only in London, mind you. Franz West worked right up until his last one-person show in 2012 before his untimely death. Last year’s West show at the Hepworth Wakefield was a tour de force from an artist who, since the 1970s, had been creating a sense of delirium as he pranced across mediums. His participatory works entailed viewer alcohol consumption, newspaper-draped chairs and exuberantly sloppy blobs of sculptural joy.

Thirty-four-year-old Norwegian artist Ida Ekblad is another cross-practitioner who dwells in the lands of sculptures, paintings, music, and poetry. Her exhibition at Herald Street comprised a series of abstract paintings with a dose of figuration; they resembled graffiti and doodles writ large. Ekblad’s paintings push and pull between childish and solemn; they’re colorful but with a muted, reduced palette. She is one to watch.

Veteran George Condo weighed in with two very distinct simultaneous shows. Last year, Condo came down with Legionnaires’ disease, went into a coma, and nearly died. The brooding works on paper at the London outpost of Per Skarstedt gallery were made prior to the disease’s onset; he made the peppy, colorful paintings at Simon Lee after he recovered. Per Skarstedt got the short end of the stick commercially, but both shows were impactful and, taken in combination, probably represent the artist’s best work. Rarely is an artist’s best work the most recent work.

The only thing I miss about New York is the ease and convenience of visiting dense gallery clusters throughout the city. And so a favorable mention must go to the upstart gallery Union Pacific, not so much for the show that was up when I visited, but for the tenacity it took to open in the middle of nowhere, on Goulston Street in London’s East End. Kudos to proprietors Nigel Dunkley and Grace Schofield, former art students who ended up at Carlos/Ishikawa and Gagosian galleries, respectively, and managed to find the wherewithal to go it alone. I’ll certainly make the trek again.

Market-wise, we are in for more of the same. Prices for obvious things by obvious people plus the few wildcards that gain a coveted seat at the party (or exchange, as it’s coming to seem) will keep rising while others will inevitably drop. The upticks will be incremental—how could they not with the monster numbers achieved this past season?—but the general direction will be up. Records will tumble.

It continues to snow art advisers, and the forecast calls for a blizzard of epic proportions. But don’t expect it to be cold; as usual, there will be no shortage of hot air emanating from their mouths. These are soi-disant specialists, but much of what they do resembles a blindfolded game of darts.

What you hear again and again from the armchair advisors, no doubt in an effort to hedge themselves, is that the market as we know it is on the verge of a bubble-bursting collapse as spec-u-lectors and complicit artists flail about with morals akimbo. All the bogeymen—the gang responsible for sullying the name of high art from the buy-to-sell inbetweeners, to the artists who paint pretty (expensive) pictures solely to prosper—are said to represent the death knell of the status quo. But guess what? It’s all been done before, from Poussin to Picasso: art, money, and social status make for great bedfellows; the love affair endures.

Look for a big buzz for ephemera from old-school conceptualists from the 1960s and ’70s, like Vito Acconci, who had a seismic jump at Sotheby’s New York’s November day sale when a handful of his typed pages reached nearly $80,000 on an estimate of $25,000. Look for rises in Chris Burden, Douglas Huebler, Adrian Piper, and the like. Oh, and does anyone remember market phenom Parker Ito?

Recently I was traveling with my kids and carrying along a covetable Christie’s freebie, a canvas tote with a silver triple Elvis on one side and four gold Brandos on the other. With auction house disruptions afoot, sure to be followed by cost-cutting measures, such brand-boosting giveaways—both paintings sold at the auction house’s headquarters in New York in November—may soon be a thing of the past. The bag was branded beyond what even Warhol could imagine, emblazoned with the combined sale price of the paintings—a cool $150,000,000.

The bag got my 18-year-old Adrian and me thinking: Why not democratize dealer advertising in a way Warhol would relish? In other words: If you can’t beat the auction houses, join ’em. We conjured a clothing and accessory line bearing a matter-of-fact Art Advisor logo that, on T-shirts, becomes a kind of sandwich board announcing: Want art? One T-shirt has Danh Vo’s signature gold-leafed American flag works along with the text: “Do you Vo?” Another says, “I Give Discount.” Another has a nice undulating carpet motif of Rudy Stingel’s and beseeches, “Stingel Anyone?” You can’t afford to let yet another potential client end up in the clutches of the likes of mega-advisors Kim Heirston or Thea Westreich. And happy holiday tidings to all.

Lil Yachty, Rae Sremmurd And All The Songs You Need To Know