The artist Chuck Close, the author Jhumpa Lahiri, and the architect Thom Mayne are among the 16 signatories of the letter. Members of White House Committee on the Arts and Humanities Resign in Protest Following President’s Comments on Charlottesville – ARTnews.com
Skip to main content

This morning, the Washington Post reported that many of the remaining members of the White House Committee on the Arts and Humanities have announced their resignation. In a letter to the president, 16 actors, artists, writers, and architects said that they could no longer stay in their positions following the president’s “support of the hate groups and terrorists who killed and injured fellow Americans in Charlottesville.”

The committee, which counts First Lady Melania Trump as its honorary chairperson, is made up of holdovers from the previous administration who opted to stay on after the transition in January. Many of its members resigned following the election. Those who stepped down include the artist Chuck Close, the author Jhumpa Lahiri, and the architect Thom Mayne. The director and playwright George C. Wolf is the only non-ex-officio member who did not sign the letter.

On the committee’s website, which has not been updated to reflect the resignations, the mission statement indicates that the panel “bridges the interests of federal agencies and the private sector, supports special projects that increase participation and excellence in the arts and humanities and helps incorporate these disciplines into White House objectives under our Honorary Chair First Lady Melania Trump.”

The full letter is below. 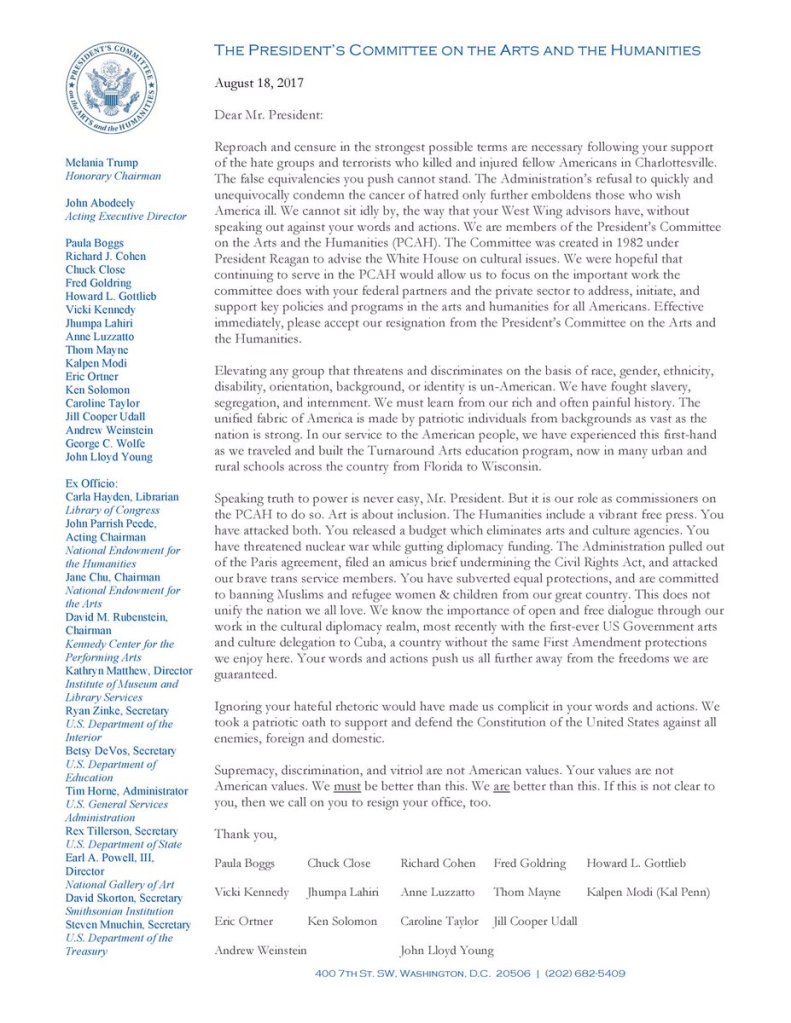