Beginning in early 2000, Walter Hopps (a leading curator of 20th-century art and founding director of the Menil Collection in Houston) and art historian William C. Agee began kicking around ideas for a comprehensive exhibition of Abstract Expressionist work from the 1940s through the 1980s. Though generally critically lauded, the Ab Ex exhibition that recently closed at London’s Royal Academy came under critical fire for too greatly expanding the canon. Had it taken place, Hopps (who died in 2005) and Agee’s show would have done so earlier and even more extensively, including artists both famous and obscure and from America’s heartland as well as from its coasts, men and women, sculptors and painters, precursors and descendants. Their dialogue is reproduced here, with comments by Agee below.

“How it got going was when the Sam Francis exhibition traveled to the Menil. I did the show for the Museum of Contemporary Art in Los Angeles, and at first, Walter was the only one interested in taking it.

It’s tricky when your exhibition goes to somebody else’s museum. I went down, but I left it to Walter to hang the show. And I never thought about him being good at that—he was deified for a lot of things, but not for his installations—but it was amazing to watch him work. He hung the paintings at a particular height; he fussed with the lights; he obsessed over every detail. And in the end, I saw, the more you do, the less it’s noticed.

For my catalogue essay for the show, I’d been looking into painters who were important to Sam Francis—painters like Ed Corbett (who later tried too hard to be like Rothko)—and it turns out he was looking as much at San Francisco as at Paris.

Walter and I started to talk about hardly known Abstract Expressionists. The reach of the movement was so powerful, and there was such a multiplicity of talent.

So one New Year’s Eve I get a call from Walter. He’s on top of a mountain in Arizona, and he’s been thinking. I came up with a bunch of artists, he says, and they’d all be pretty good. You could show any of them and not be embarrassed. I said I would start a list, and Walter said he would too, which is what we did.

Walter was working on a James Rosenquist retrospective, as I remember. But we kept it up, each of us adding more names, until we figured that we’d have to rent Madison Square Garden to show them all. And then Walter up and died on us, and the exhibition never happened.” —Bill Agee, as told to Anne Doran 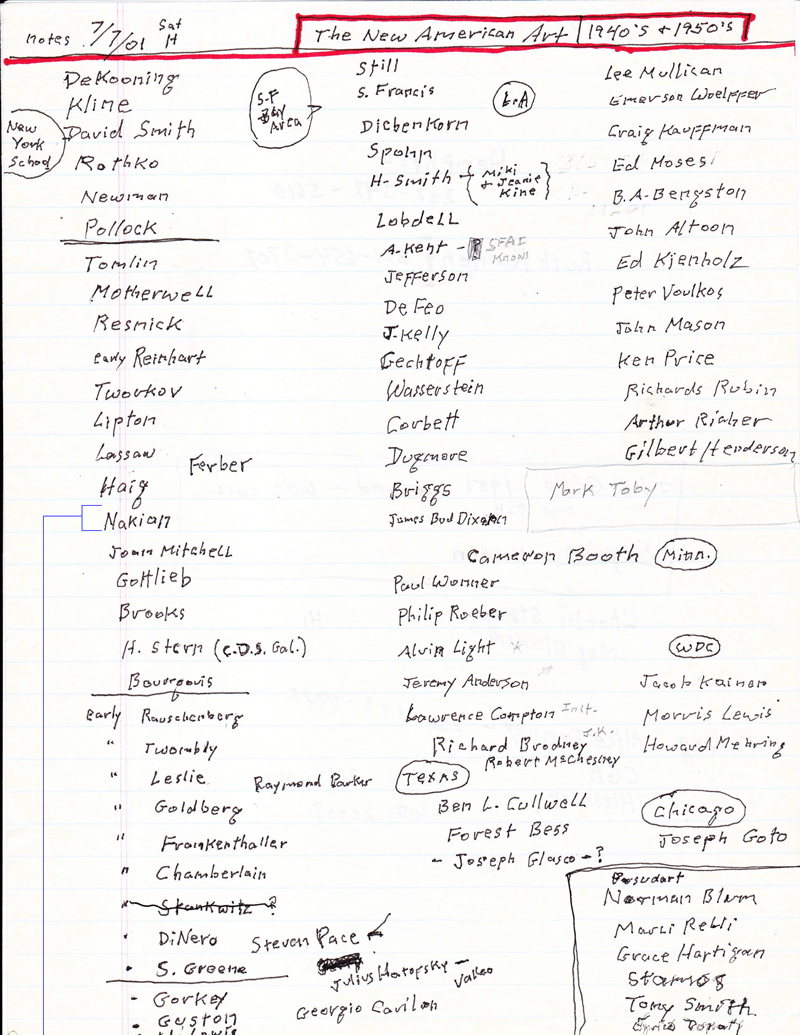 ABOVE Reuben Nakian: Sculptor. Commissioned to create portraits of FDR’s cabinet in the 1930s. 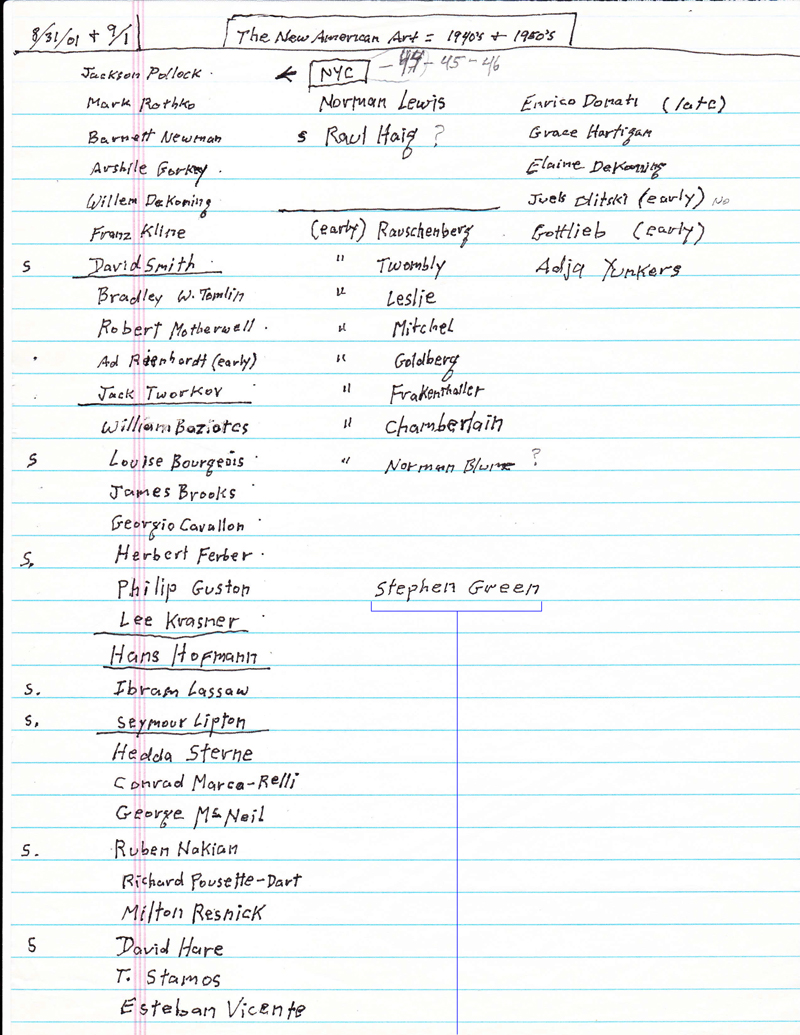 ABOVE Stephen Green: Painter. Taught at Princeton University, where his students included Frank Stella and Michael Fried. After WWII, said he wanted his work to reflect “the terrible things that are happening in a beautiful world.” 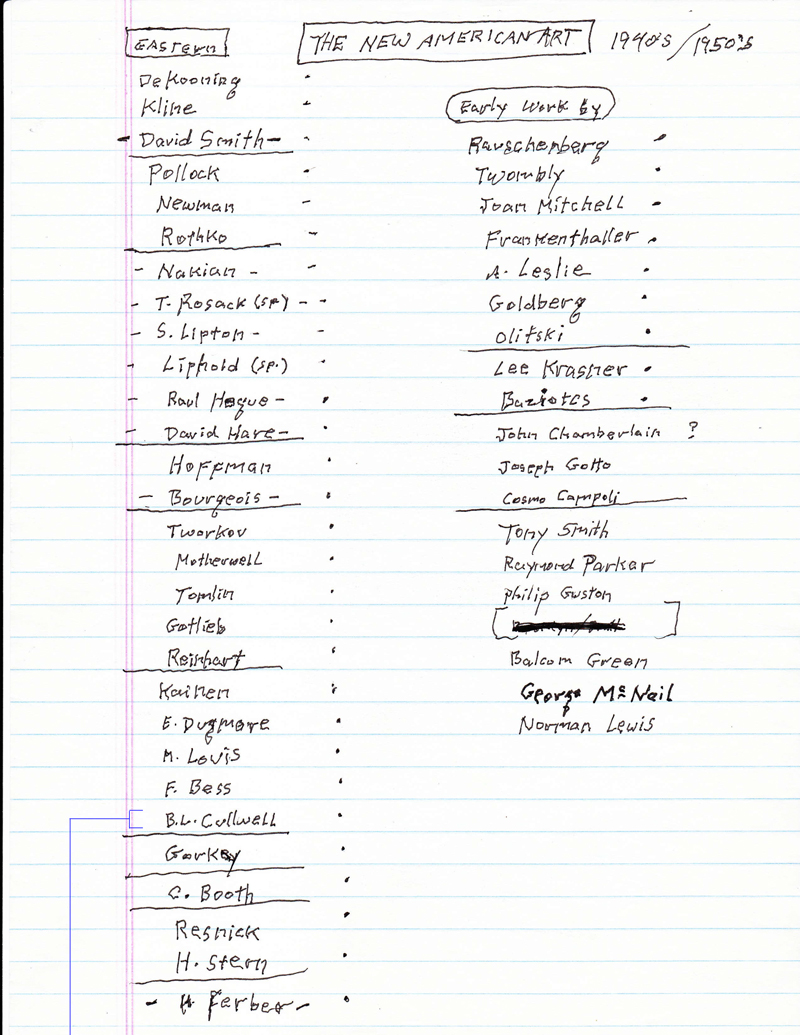 ABOVE Benjamin L. Culwell: Painter. Robert Coates, who coined the term Abstract Expressionism, wrote that Culwell’s work was “among the few really integrated interpretations of wartime experience that I have yet come across.” 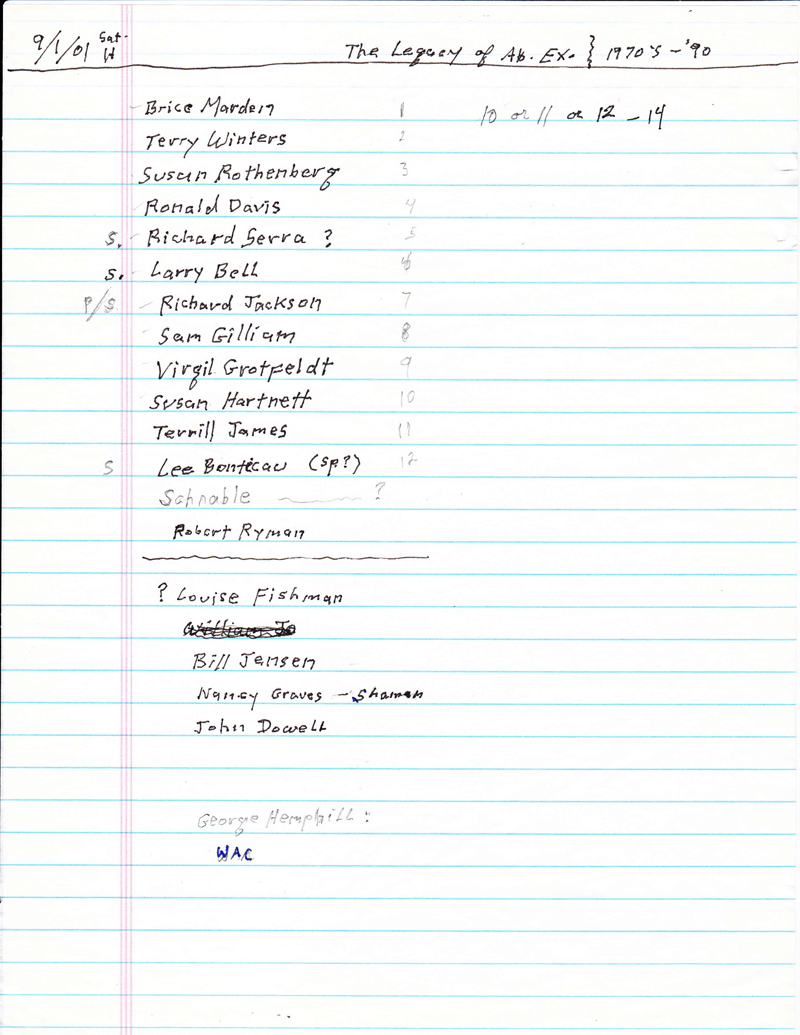 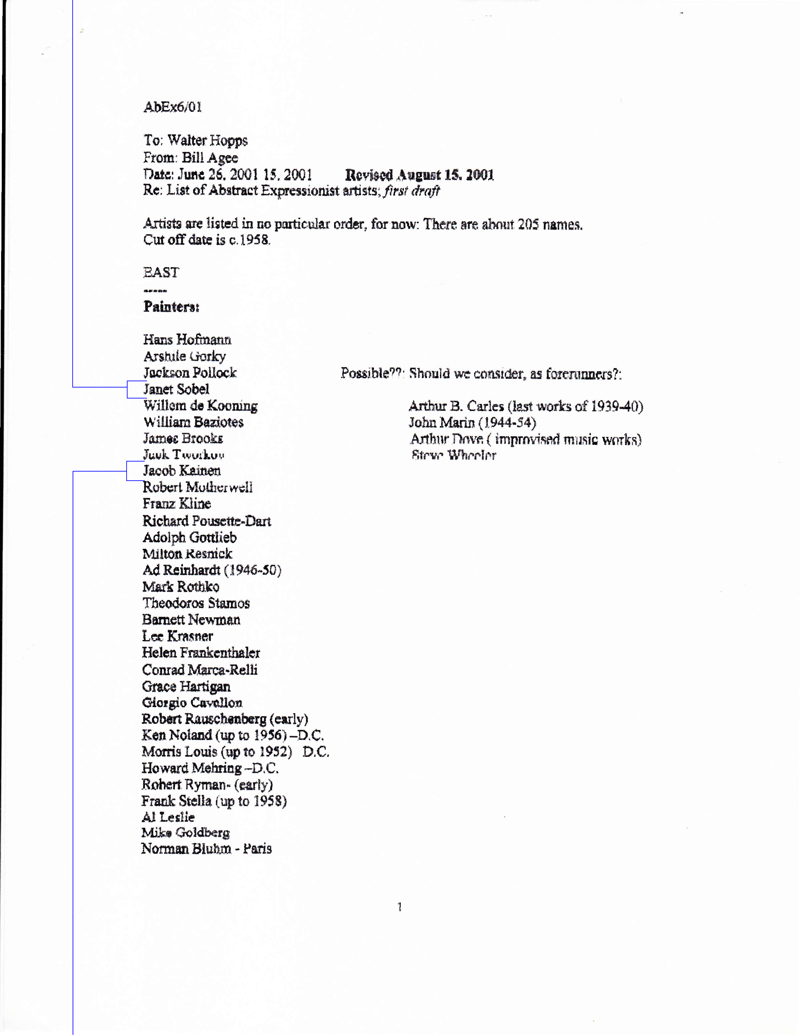 ABOVE Jacob Kainen: Painter. Became an expert in classics and an amateur prizefighter. Along with his wife, Ruth, donated collection of German Expressionist art to the National Gallery of Art in 1985. 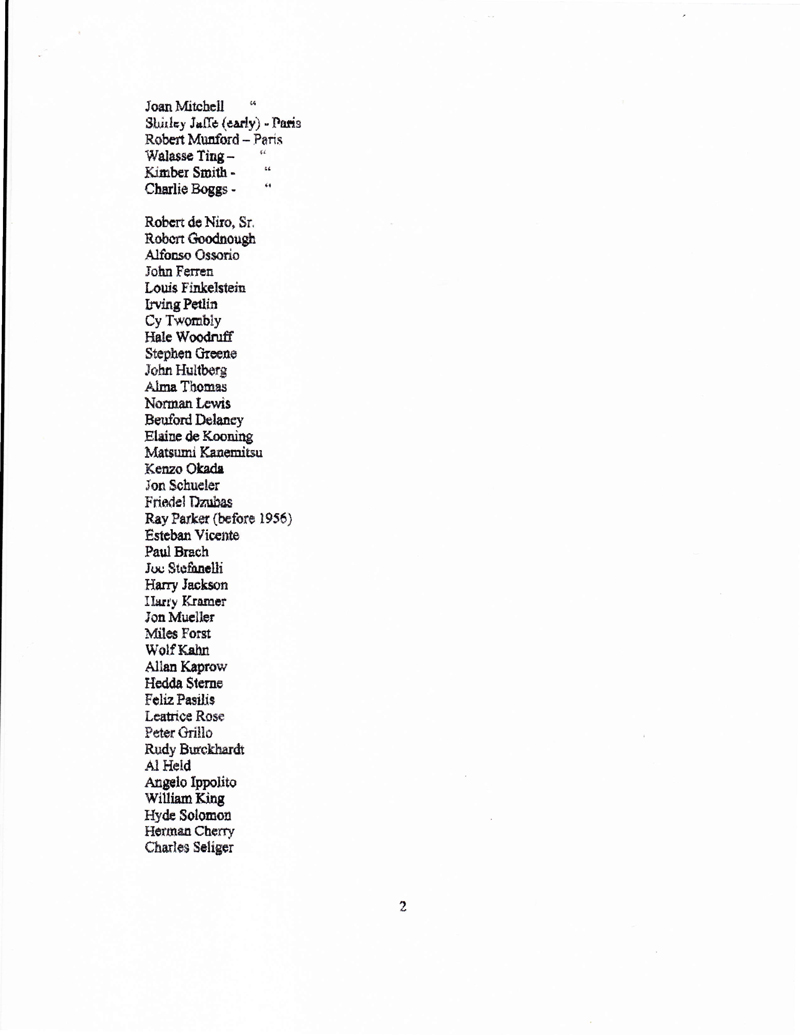 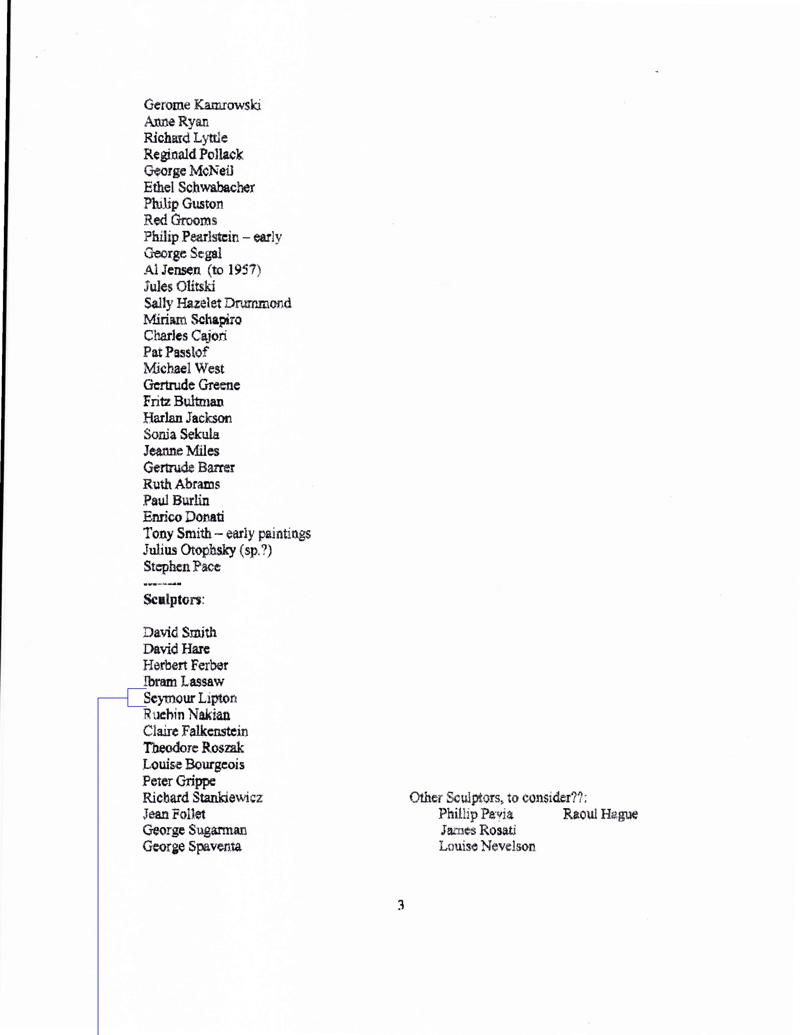 ABOVE Seymour Lipton: Sculptor. Trained as a dentist. Technical innovations include brazing nickel-silver rods onto sheets of Monel for rust resistance. 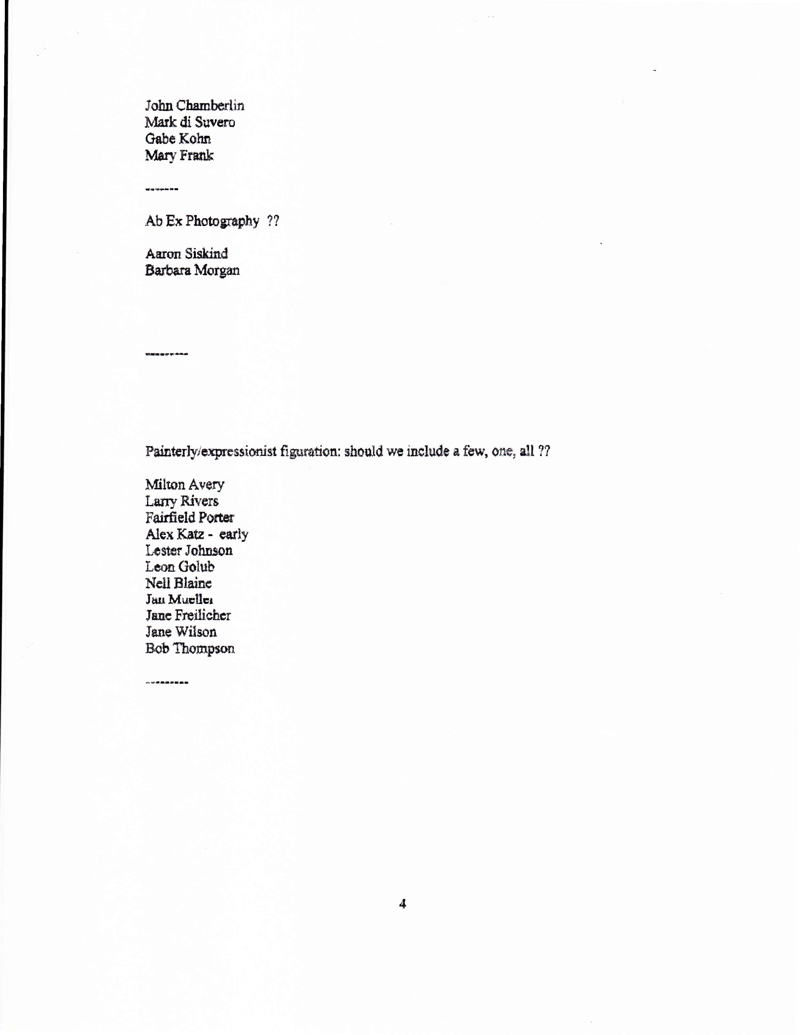 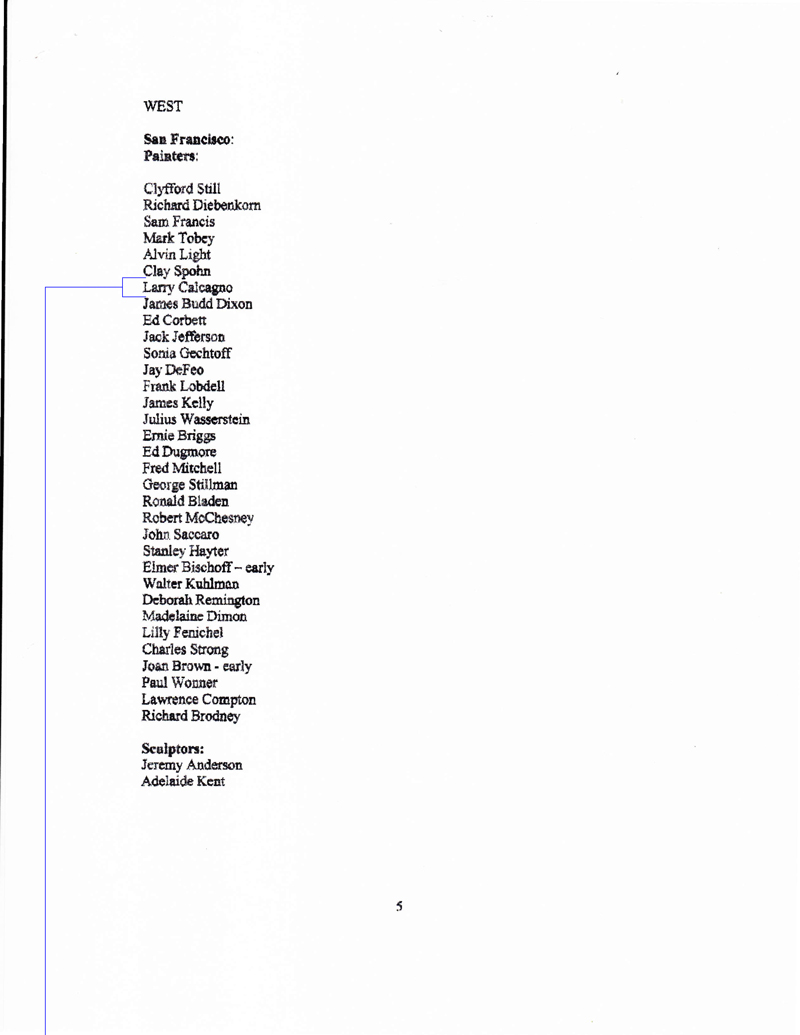 ABOVE Larry Calgano: Painter. Raised on a homestead in California by his Italian immigrant parents. Became a marine and traveled to Asia during World War II. Studied under Mark Rothko and Clyfford Still after the war, and later showed abstract landscapes in Paris and New York. 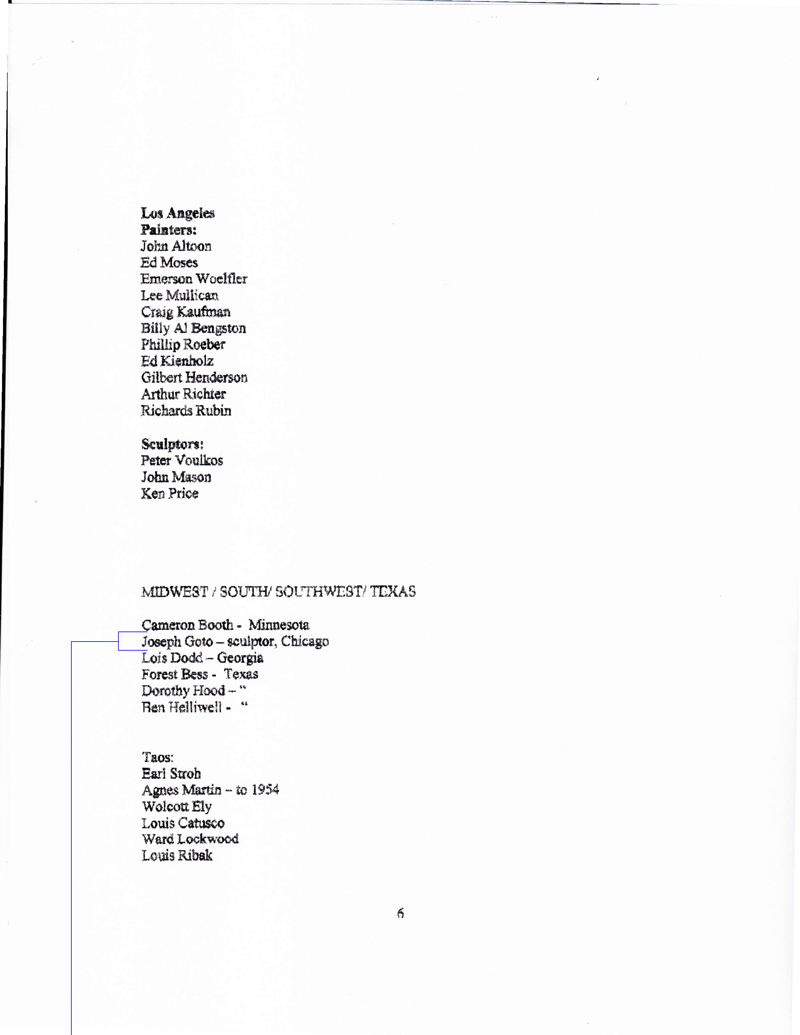 A version of this story originally appeared in the Spring 2017 issue of ARTnews on page 84 under the title “No Show.”