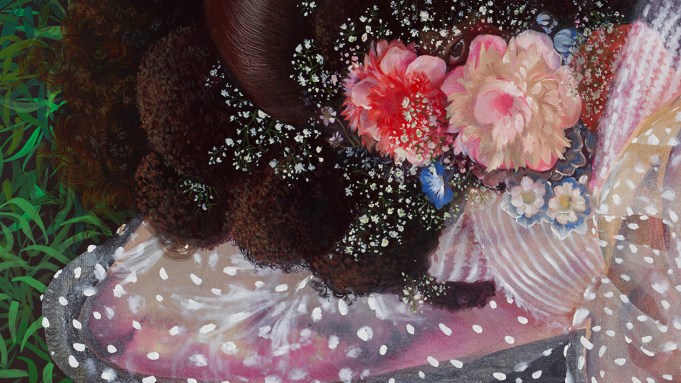 A new exhibition across the five boroughs of New York City will showcase what local artists have been creating during the coronavirus lockdown. Beginning today, that exhibition, titled “Art on the Grid” and organized by Public Art Fund, features works by 50 New York–based artists, some of whom have responded directly to the killing of George Floyd. Their work will be displayed in 500 bus shelters and on the screens of 1,700 LinkNYC kiosks. Among the artists selected for the exhibition are Firelei Báez, Elliott Jerome Brown Jr., Nina Chanel Abney, Kameelah Janan Rasheed, Jordan Casteel, Joiri Minaya, and Salman Toor.

The show is not the first by the Public Art Fund, which began planning it in mid-April, that includes works in bus shelters—photographs by Farah Al Qasimi could be seen in them when the coronavirus lockdown began in March. But it is yet another attempt by the organization to bring art to New Yorkers without them having to journey into art spaces, many of which remain closed.

“In a way, the outdoors has been a relatively safe respite, within the limits of social distancing,” Nicholas Baume, Public Art Fund’s director and chief curator, told ARTnews, noting that the exhibition’s debut comes in the midst of the city’s reopening. “We very quickly realized that we had a unique responsibility and opportunity right now to take a leadership role in helping to restore the cultural landscape of the city.”

“We recognized that there would be an opportunity to express healing through art,” Fred Dixon, president of NYC & Company, the city’s tourism board which manages the city’s media assets, said. “New York has always had a love affair with public art. We knew this would be a way to turn the city into an outdoor art gallery this summer as a way of exploration for neighborhoods and a tremendous backdrop for these rising stars and emerging artists from all five boroughs.”

Baume said he made it a priority each artist was compensated, since many participants had suffered financial blows from canceled shows and postponed opportunities. NYC & Company and JCDecaux, the company that manages the bus shelters, worked with Public Art Fund to stage the show, which is expected to be one of the biggest ones ever mounted by the Public Art Fund.

“The broad framework is about reconnection and renewal as something that we were in a sense all yearning for,” Baume said.

The exhibition will open in two phases: 10 artists’ work will be unveiled on 100 bus shelters and across the LinkNYC screens beginning today, and on July 27, the other 40 artworks will go view in an additional 400 bus shelters. (More information on the work of all 50 artists participating in the exhibition and the locations of the bus shelters can be found here.)

Some works have grown out of the recent Black Lives Matter protests that have swept across the county since Floyd’s murder at the end of May. Chase Hall, whose work is in the first part of the exhibition, described his contribution to the show, titled A Great Day in Harlem (reproduced in the slideshow above), as a “personal expression to an incalculable feeling and insurmountable loss.”

“Millions exist and disappear in the grips of systemic racism and have for centuries,” the artist said. “None of this pain is new, I create from the callused depths of my experience, see, feel and respond, hopefully wake up and have the possibility to do it again.”

Baume said that, as restaurants, bars, and shops begin to reopen around New York, the new show will offer hope. “I’m just thrilled with the works that the artists have done and the spirit and energy,” he said. “I think it’s going to be an amazing gift to the city.”