The SoHo Arts Network, a collective of non-profit institutions and exhibition spaces in a neighborhood at the center of downtown New York lore, will present a free public panel discussion later this month and, in April, a Downtown Culture Walk among some of the network’s 18 member sites.

On Monday March 27, at the Judd Foundation, a panel will convene to discuss SoHo’s historical legacy and the importance of art criticism from the 1950s through the ’70s. The talk features ARTnews Editor-in-Chief Sarah Douglas as moderator and, as panelists, Elizabeth Baker, former editor-in-chief of Art in America; Melissa Rachleff Burtt, a professor at New York University and curator of “Inventing Downtown: Artist-Run Galleries in New York City, 1952-1965”; and Phyllis Tuchman, a historian and writer (and contributor to ARTnews). Among the subjects of the discussion, free with tickets reserved in advance, will be the noun-intensive writing and criticism of Donald Judd, whose former home—and now museum—will host.

On Saturday April 29, a Downtown Culture Walk around the neighborhood will include special exhibition walkthroughs, artist talks, and free or reduced admission at SoHo Arts Network sites. Members include the Dia Art Foundation (via Walter De Maria’s The New York Earth Room and The Broken Kilometer), the Drawing Center, Emily Harvey Foundation, Recess, and more. For a full list and map, see below. (Click to enlarge.) 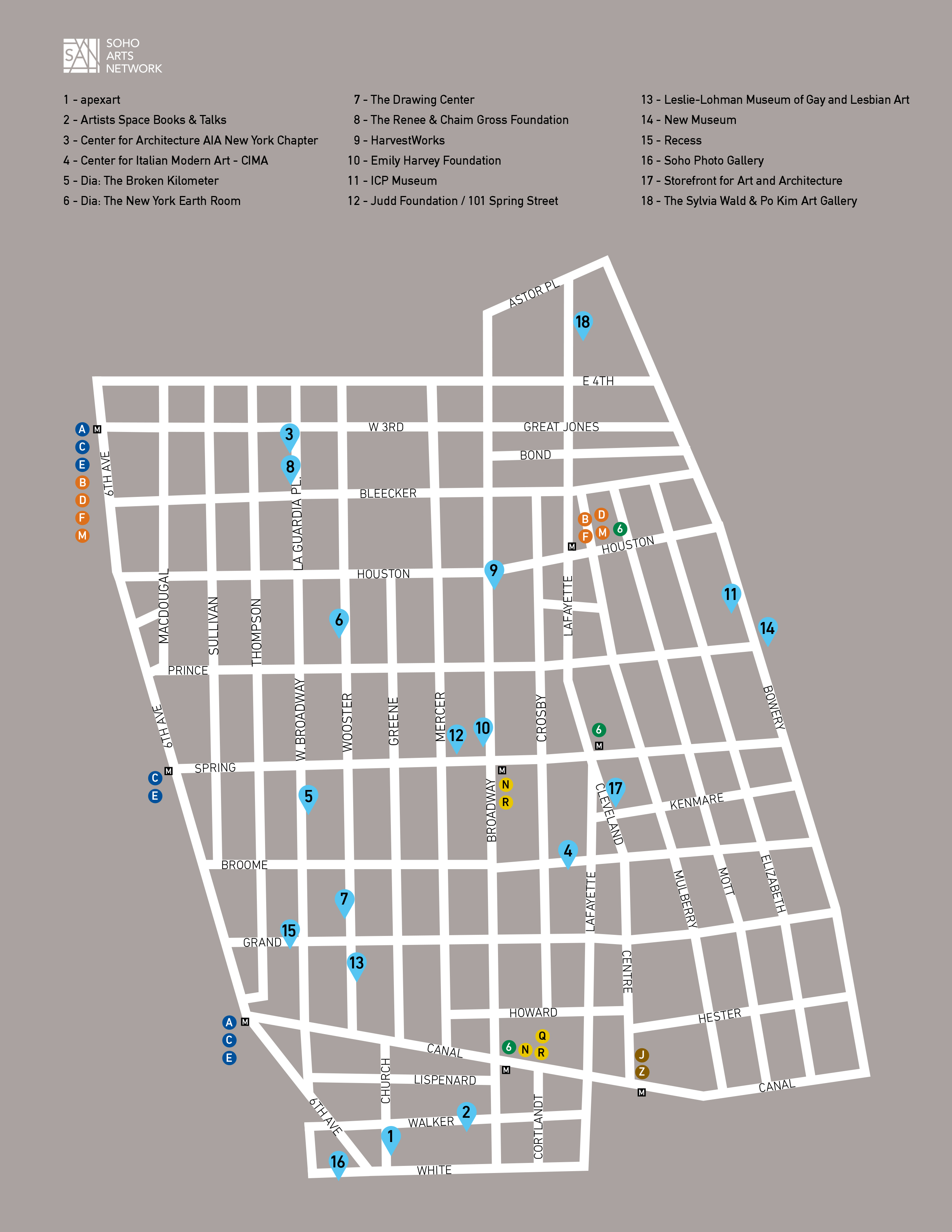 Financial Advisors Hate This $79 Investment Tool, Which Has Beaten the Market for 19 Years in a Row