If you want to shoot high-end, pro-level images or video, consider purchasing a full-frame mirrorless camera. These are loaded with large, full-frame sensors, which provides a field of view equivalent to that of a standard 35-millimeter film camera—in other words, they don’t crop the frame. This means you’re working with, among other advantages, higher resolution, better performance in low-light or high-contrast settings, and a greater depth of field. While you can buy a full-frame DSLR, we like the mirrorless ones; they tend to be more compact, and they also rely on electronic viewfinders, which allow you to preview your eventual image in real time as you alter your settings. Explore the best mirrorless full-frame cameras below.

The top dog in mirrorless cameras right now is the Sony Alpha 1, aka the A1. Incredibly fast and impressively full featured, the A1 is a versatile artistic tool for capturing both photos and video. It can shoot 50-megapixel full-frame images with rich detail at a blazing 30 frames per second, which is great for photographing action such as dance or sports. The camera shoots so quickly, there’s no blackout time between each recorded picture, so you’ll never miss your shot. To help you lock in on fast-moving subjects, the A1’s autofocus (AF) system automatically tracks the faces and eyes of not only humans but animals too, even offering a new Bird Eye AF mode for getting sharp shots of our feathered friends. Meanwhile, a silent shooting mode with a vibration-free electronic shutter lets you avoid disturbing shy subjects. For video, the camera shoots 8K at 30p for smooth, lifelike footage. You can also record 4K at 120p for high-resolution slow-motion video. We like the camera’s bright and large high-resolution electronic viewfinder, which features a speedy refresh rate of 240 frames per second to produce a truly live view of the subjects you’re aiming at. And for sharing your images after they’re captured, the A1 boasts the industry’s fastest Wi-Fi connection.

Although Nikon’s name has for decades been synonymous with professional cameras for photojournalists, the company’s recent full-frame mirrorless cameras have received mixed reviews. That’s all changed with the Nikon Z9, introduced late last year. Designed with a tough, weather-resistant dual-grip body that lets you easily hold the camera horizontally in landscape mode or vertically in portrait mode, the Z9 offers a little bit of everything for the artist who wants the very best in camera gear. With a newly designed, 45.7MP image sensor that’s extremely sensitive to light, the Z9 will help you shoot crisp images even in dim conditions. It’s also extremely fast, with the ability to capture 30 frames per second (fps) for JPEG images and 20 fps for RAW image files with a 1,000+ image buffer. This basically means you can continuously shoot images with copious amounts of detail without the Z9 freezing up. Other premium features include a silent, fully electronic shutter that offers blackout-free shooting in the camera’s electronic viewfinder, so you never lose track of your subject. There’s also Eye AF (autofocus) for locking in on people and animals, and vehicle detection AF, which is great for motorsport photography. Video shooters will like that the Z9 can capture 8K video for up to two hours consecutively—the world’s longest record time for a mirrorless camera. Another cool feature is a four-axis, 3.2-inch touchscreen LCD on the back of the camera that allows the monitor to tilt both horizontally and vertically, which is great when switching the camera from landscape mode to portrait mode.

The Canon EOS R5 is an outstanding all-around camera suitable for a wide range of styles and subject matter. Fitted with an impressive, high-density 45-megapixel sensor, it’s capable of delivering super-crisp images with rich color depth in a variety of environments, even low-light spaces. You can also crop the results in postproduction without encountering grain as you zoom in. Packed with competitive features, the R5 shines for its exceptional autofocus. The system is equipped with smart tracking that continuously trains itself to follow the bodies and faces of both people and animals; this technology excels because the R5 has close to 6,000 autofocus points that cover 100 percent of the frame. Pair this with an in-body image stabilization system that offers up to eight stops of correction (most cameras offer four or five) and high-speed shooting of up to 20 frames per second, and catching even the liveliest of action shots (think birding!) is a breeze. The camera also offers 8K video recording so you can capture the clearest motion imagery. 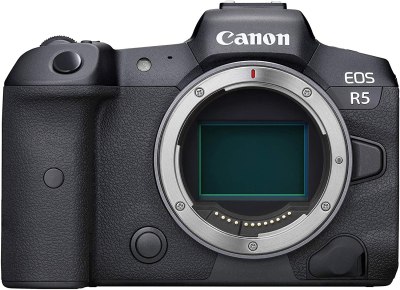 While not our top pick for still photography, the Lumix S1H is likely one of the best mirrorless video cameras you can get. The full-frame mirrorless beast can record 6K/24p footage and features a 24.2-megapixel camera to deliver beautifully colored frames with little noise in low-light settings. It’s equipped with excellent in-body image stabilization for handheld shoots, and the weather-sealed body means you can take it outdoors and not worry about rain or other moisture. On the downside, the continuous autofocus is quite poor. Videographers probably won’t find this a problem, however, if they prefer to manually focus in order to have greater creative control over the final product. 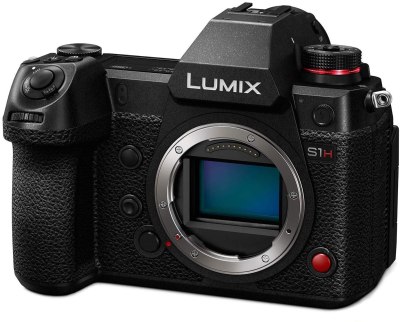 Minimal and aesthetically alluring, the Leica SL2 delivers on every front you’d expect from the legendary German manufacturer. It boasts a 47-megapixel sensor, is equipped with 5K video, and features unparalleled in-body stabilization. Of course, you have to use it with Leica glass, which will help you achieve unbelievably crisp and exquisitely saturated images. The interface is also attractive: There are few buttons and knobs on the super-robust metal body, and those that exist are customizable. The only detail some photographers might find awkward is the lack of a pivot or swivel touch screen, which prevents you from seeing what you’re shooting if you hold the body in an unconventional position. 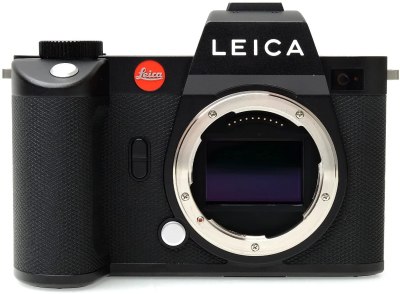