The sourcing of pencil wood is an environmental concern; about 80,000 trees are harvested to produce more than 14 billion pencils annually. In recent decades, many earth-friendly pencils have come to market, including those using wood harvested from sustainably managed forests or made from recycled coffee grounds. Some even contain seeds to grow new plants.

The graphite pencil as we know it has been around for centuries and still consists of the same basic components, a wooden casing (often cedar) and a graphite core; modern versions often add a rubber eraser held in place by an aluminum ferrule. The closest predecessor of contemporary graphite pencils originated in the 1500s following the discovery of a massive graphite deposit—originally thought to be lead—in Cumbria, England. In the following centuries, around the globe, graphite pencils evolved to include varying wooden sleeve shapes (octagonal, round, square, and so on). The introduction of clay as a binder, baked in with graphite powder, allowed manufacturers to alter the hardness and darkness of a graphite pencil; those containing more clay are harder and make lighter marks. The grading and labeling of graphite pencils, typically using H (hardness), B (blackness), and a number scale, are now a common practice but vary from company to company.

The production, transportation, and packaging of pencils, along with erasers, can introduce additional sustainability concerns. Mechanical graphite pencils can offer a wood-free, refillable alternative but often introduce plastics into the mix (though some incorporate recycled materials). Focusing on their casing components, here is a look at some of the most innovative and earth-friendly graphite pencils available.

TreeSmart Recycled Newspaper Pencils
These pencils are made of newspaper sheets rolled around No. 2 graphite and as such don’t require the felling of any new trees. At TreeSmart Industries in Lake Oswego, Oregon, one sheet of newspaper produces three pencils. These nontraditional graphite writing implements are easy to sharpen and last as long as—or longer than—traditional wooden pencils. 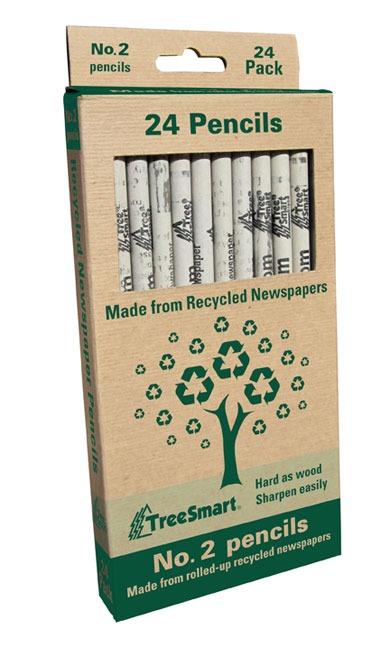 ForestChoice Pencils
While leaving forests intact is the best way to preserve habitats and store carbon, many pencil manufacturers have embraced sustainable forestry as a relatively eco-friendly solution. Some wooden graphite pencils are certified by the Forest Stewardship Council (FSC), an international nonprofit that promotes responsible forest management, including in the realms of conservation, community relations, and workers’ rights. ForestChoice incense cedar pencils from the Cal Cedar company became the first FSC-certified No. 2 pencils on the market in the late 1990s. 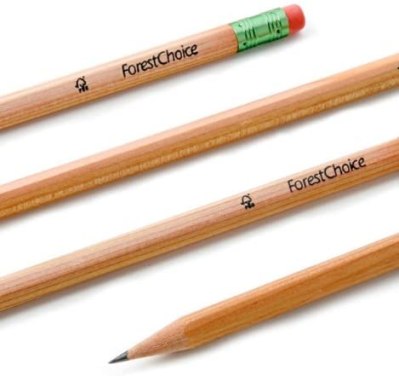 Faber-Castell Graphite Pencils
Faber-Castell, an international leader in pencil production, has made a significant commitment to sustainable wood harvesting in recent years, and more than 90 percent of its pencil wood now comes from FSC-certified forests. Along with its tree-replanting programs, it leaves one-third of the forests it owns untouched. The Sketch Pencil Set contains six implements (2H, HB, B, 2B, 4B, and 6B). 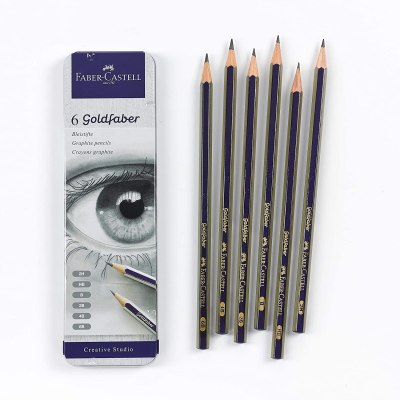 Sprout Plantable Pencils
These pencils stand out because when they become too small to use, they can be planted to grow new flora. A plant-based cellulose capsule on the end of each pencil contains wood flour and a variety of non-GMO seeds. While there are now multiple other plantable pencils on the market, Sprout pencils were the first of their kind. All the wood in Sprout pencils is certified by the FSC or by the Programme for the Endorsement of Forest Certification (PEFC), another international nonprofit promoting sustainable forest management. Along with planting trees to offset what it uses, the company carries out additional installations of trees, shrubs, and bushes.

5. Ticonderoga Renew Pencils
These Renew pencils are produced by the Dixon Ticonderoga Company, one of the oldest and largest U.S. pencil manufacturers. About 53 percent of the casings for these No. 2 graphite implements are made up of recycled wood scraps, reducing wood and energy usage as well as waste. Ticonderoga also states that its classic yellow pencils are made “with premium wood from responsibly managed forests.”

Other graphite pencils with eco-friendly properties include General’s Cedar Pencils, which are described as made from “responsibly harvested” incense cedar wood; the Bruynzeel Expression Series Graphite Pencil Set, which contain “sustainably sourced” hardwood casings; and Eco Pencils from Made By Humans, which consist of recycled bamboo paper and recycled rubber erasers. Greenciles are made from various recycled papers in Canada, and Parwana Pencils are created from recycled newspapers in Pakistan. Finally, advertised as “the most sustainable pencil in the world,” the organic, carbon-neutral pencil from Fabula is made of coffee grounds, used tea leaves, and petals from cafés and flower shops that would otherwise be discarded. As with Sprout pencils, the end of the pencil is filled with plantable seeds. These H pencils are pricey, can be hard to locate, and edge into the novelty category. But they still excel in innovation, which has earned them a Red Dot Design Award and other honors.