Top 5 Irate Tweets About the Jeff Koons x Louis Vuitton Bags
5. “Jeff Koons and Louis Vuitton collaborating is my worst nightmare.” —@sarahnrogers
4. “This Louis Vuitton/Jeff Koons collaboration is the stuff of nightmares. Manet must be turning in this grave.” —@plainjaaane
3. “I don’t understand how Louis Vuitton partners with Jeff Koons to rip off Monet to make money. Dis. Fucking. Like.” —@fireyfemme
2. “The Jeff Koons/Louis Vuitton ‘masters collection’ is one of the grossest, most wrongheaded lux campaigns I’ve seen for a long time.” —@phillipdyte
1. “every night, I ride past a madison avenue louis vuitton store with some christmas themed koons gazing ball installation inside and wonder why jeff doesn’t FA-LA-LA-LA-LALL down a well.” —@visitordesign

The One Artist Jared Kushner Mentions on His Instagram Feed, Which Is Still Up
Alex Israel 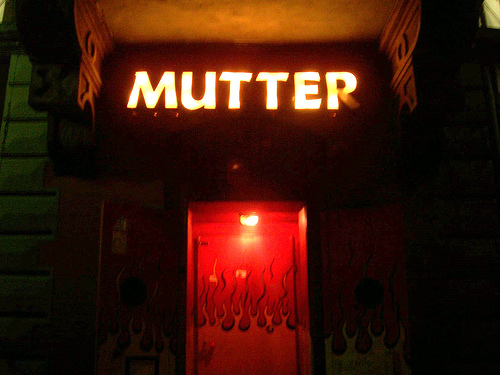 The Golden Lion For Best Canapé of the Year

Runners Up:
5. The white asparagus at the Romantik Hotel Spielweg, in the Münstertal Valley of Germany, during Artbinder’s annual Art Basel dinner
4. The chargrilled lobster tail at Hauser & Wirth’s dinner in honor of Mark Bradford at the 1 Hotel South Beach during Art Basel Miami Beach
3. The vitello tonnato at the opening dinner for “TV 70: Francesco Vezzoli guarda la Rai” at the Fondazione Prada in Milan
2. Daniel Humm’s veggie burger at the Surface x EMP Experience in Miami Beach

And the winner of the 2017 Golden Lion For Best Canapé is…
1. The sesame-and-ginger crusted cream cheese tartlet topped with wasabi and coffee bean, served during a celebration of the 57th Venice Biennale’s American pavilion, at the Collezione Peggy Guggenheim, on the Grand Canal. 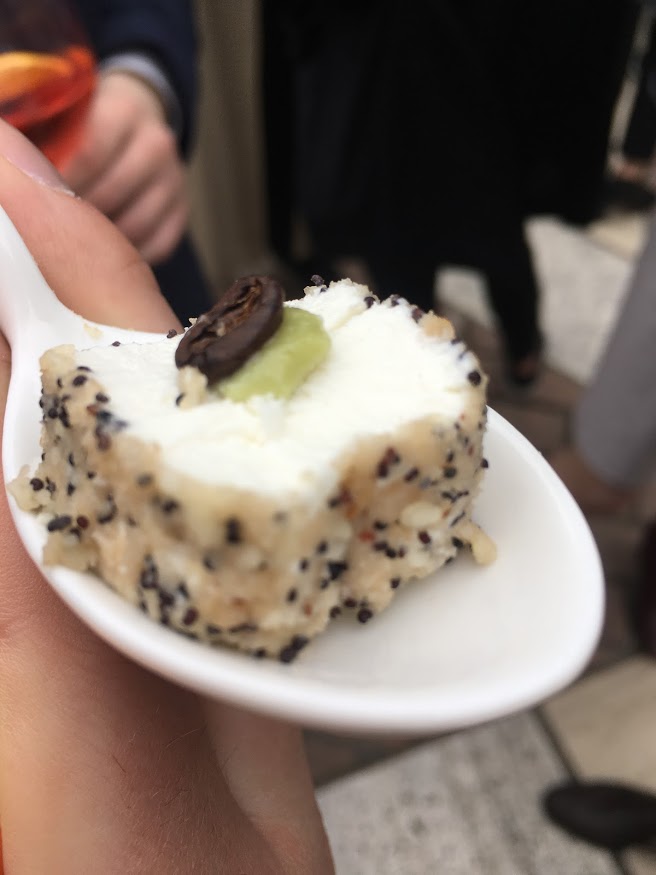 The only two airplanes (maybe) leaving JFK this nice morning…

Not looking especially good for departure…

(Note that, while these appear to be commercial flights, Govan famously found the future site of Dia:Beacon while piloting a plane over the Hudson Valley in New York.)

Most Perfect Pairing of Exhibition and Opening Party Performer
The Red Hot Chili Peppers playing at the opening of Damien Hirst’s “Treasures from the Wreck of the Unbelievable.“ 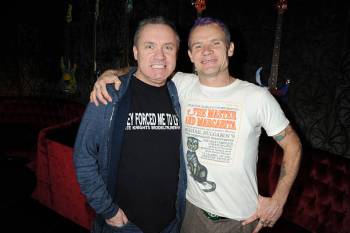 Things Thomas Campbell Posted on Instagram Following His Resignation as Director of the Met
—Costume Institute Director Andrew Bolton not wearing socks
—Complaints about the Venice Biennale where he was “slogging through the eighty or so art installations in the Arsenal, many of which seemed closer to sociology exercises than art”
—That big Damien Hirst show—he’s a fan
—Dan Weiss taking over his job
—His last day

Member of the Trump Administration Who Made an Appearance at an Art Fair
United States Secretary of Commerce Wilbur Ross, at the opening of TEFAF New York Fall 2017

Um, yes you do

How dare you order my sandwich

New Darren Bader Works the Art Critic From Infowars Should Review
—chess: relatives (2017), which made its debut this year on the High Line, wherein people act as chess pieces on a giant chess board
—”Forest/Trees,” a solo show at Greenspon Gallery where Bader installed small speakers across four walls, each playing a song that somehow related to a concept-word he had written on the wall, the different sounds blending together to a hard whirring noise, indecipherable
—Proposal for a Fragrance (2017), presented at the Sadie Coles HQ booth at Frieze London, wherein the buyer must combine at least 37 perfumes in order to make a new scent
—And an even zanier work in the Sadie Coles HQ booth at Art Basel Miami Beach, sand (study) (2017) that is best explained by the wall text, seen below 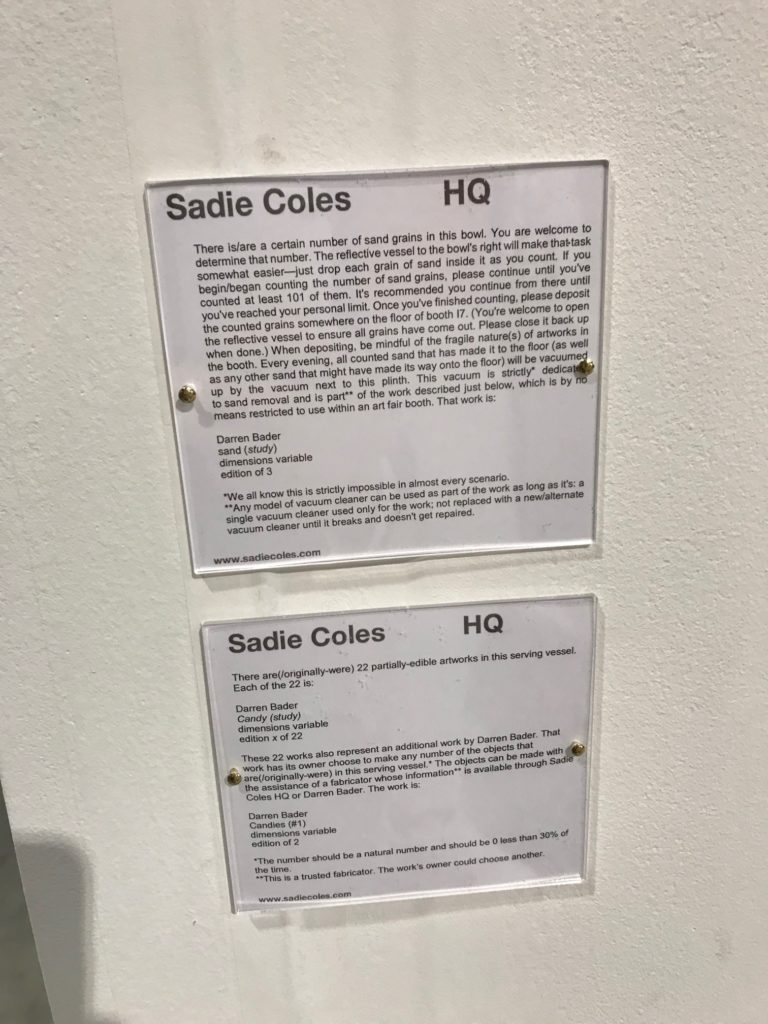 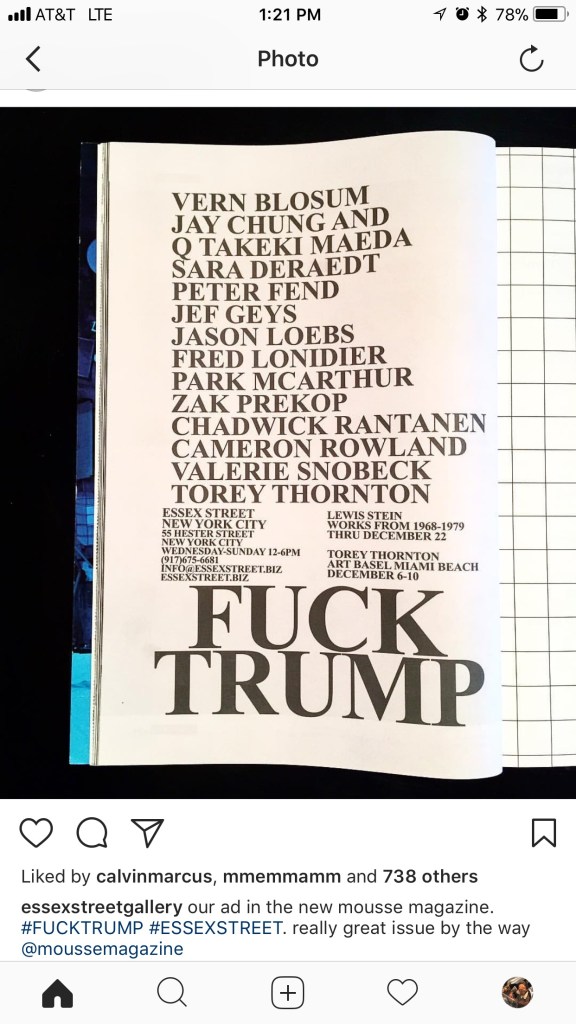 And a Few Things to Look Forward to in 2018
The Jasper Johns show at the Broad, the New Museum Triennial, Dahn Vo at the Guggenheim, Manifesta 12 in Palermo, a Bruce Nauman retrospective at the Schaulager that later travels to MoMA . . . and the 2018 midterm elections.