In 2017, Instagram-based visual memes continued to be a powerful cultural driver, influencing everything from politics to the world of contemporary art. Within this large pool, one account stands alone. Under the @selfies_food_and_pets moniker, the Los Angeles-based artist and musician Kyle Mabson trades in an esoteric brand of pop culture–based digital collage, delivered at a rapid daily clip. In any given Mabson image, you might find a professional wrestler alongside some sort of outmoded corporate logo—the Coca-Cola-owned juice brand Fruitopia is a favorite—and maybe a wildcard reference to a death metal band or television host or rapper or oddly incongruent 2000s-era “indie” touchtone. The end effect is a bizarre flattening of over 30 years of cultural detritus. It is a singular take that could only come from the mind of Mabson.

A longtime veteran of many of L.A.’s underground creative communities, Mabson started making images as more of a means to an end than anything else—he needed flyers for shows he was setting up. “Ten years ago, I just started messing around on Photoshop, and I would make things for a bunch of flyers,” Mabson recalled. Over the years, his style developed to the point where the artist remembered thinking to himself, “Damn, these things I’m making would look a lot better if they didn’t have bands listed on them.” In his deployment of canonical culture touchtones through a subcultural lens, the artist’s story recalls another California iconoclast—Raymond Pettibon.

“There’s certain elements that I go back to,” Mabson said. “A lot of culture from when I was growing up and in middle-to-high school, and a lot of music and brands and corporate logos and T.V. shows, movies, video games.” Mabson’s memes are reference rich, but ultimately guided by the artist’s own internal logic. “I like how the things look and it makes sense to me, but I’ve never thought, ‘Oh this is gonna really resonate with someone else aside from me,’ and it’s been very interesting how many people will write me or comment on things,” Mabson said. “It’s really weird because I didn’t think all that stuff together really did it for anyone, aside from me. But apparently it does.”

Recently, Mabson attended a local wrestling match that featured an unlikely guest—the actor Macaulay Culkin, who interrupted a match in-character as the iconic Home Alone child Kevin McCallister, purportedly for a new YouTube series the actor is working on. “It felt like something I would make, but happening in front of me,” Mabson said. “It was great.”

Find five of Mabson’s favorite memes of the year, with comments from the author, below. 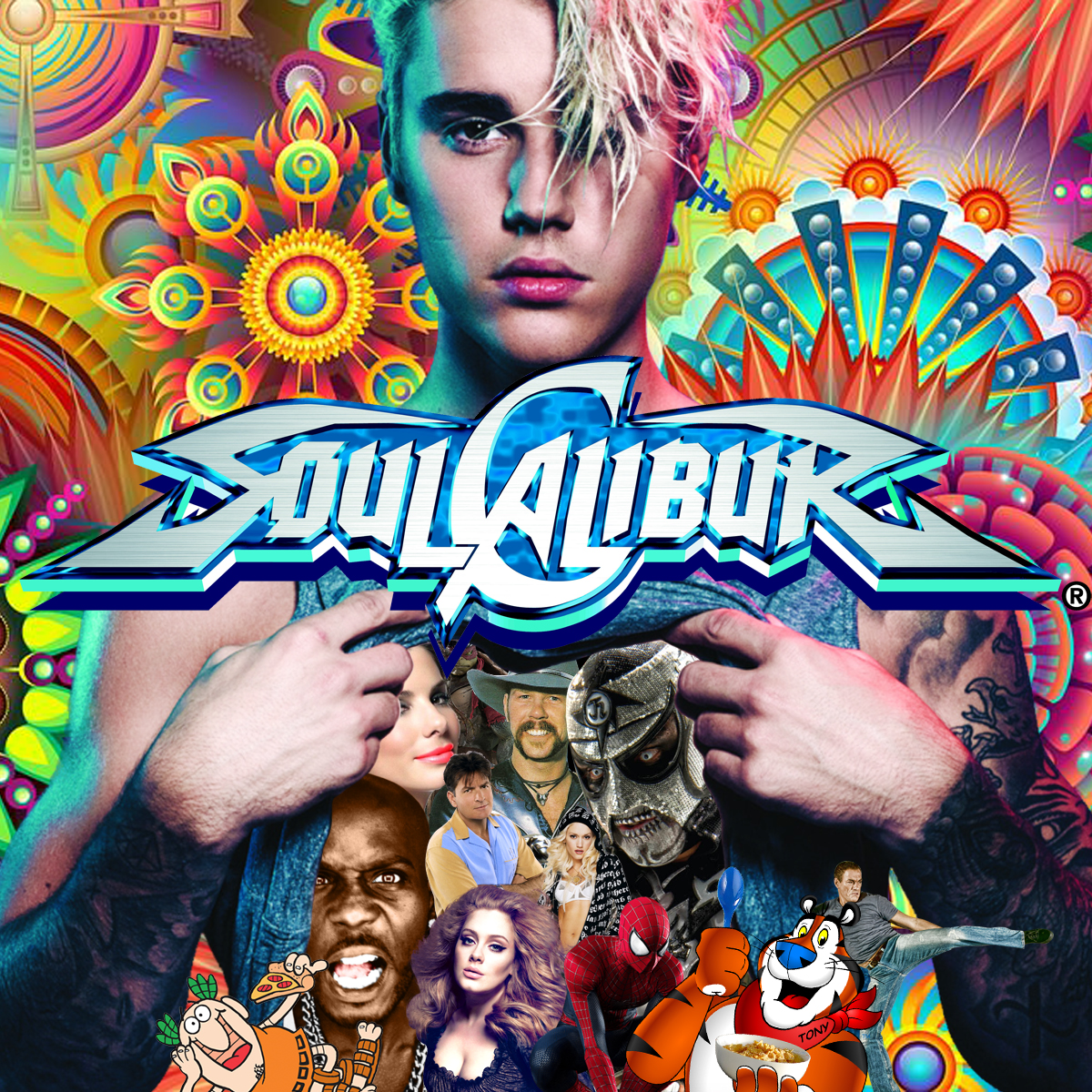 “A lot happening here. Justin Bieber lifting his shirt to reveal whatever happened to be on my mind this summer, apparently. Cowboy Hetfield, Pentagon Jr., Charlie Sheen, DMX, Tony the Tiger…” 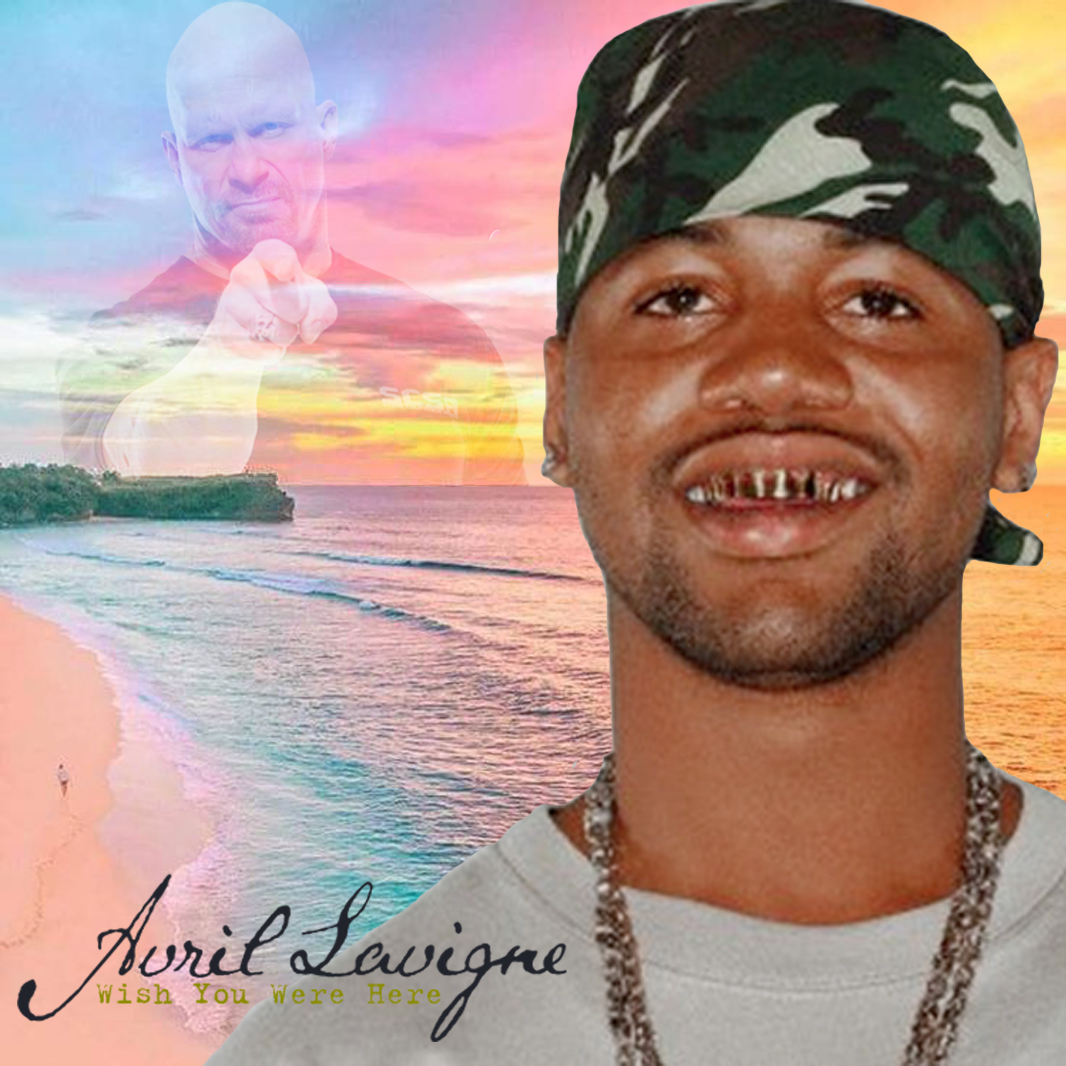 “Pictured here is a VERY young Juvenile in front of a picturesque beach with Stone Cold Steve Austin watching on. ‘Wish you were here!’ ” 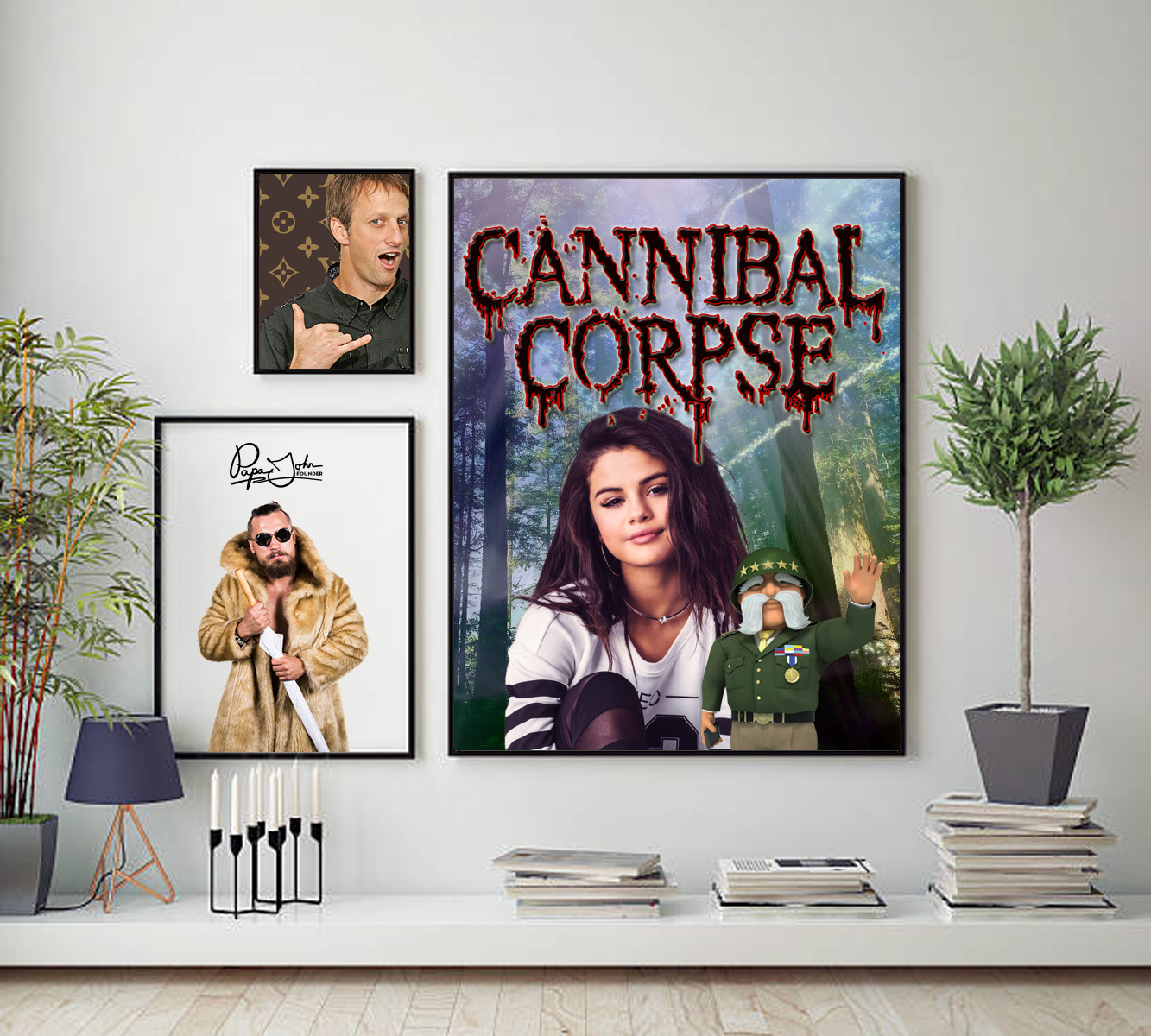 ‘Multiple pieces in one on display inside of the house of someone who is obviously very cool. Included we have Louis Vuitton Tony Hawk, the Papa John’s logo next to the wrestler Marty Scurll, and of course Selena Gomez and the General hanging in the forest. All brought to you by the legendary death metal band Cannibal Corpse.” 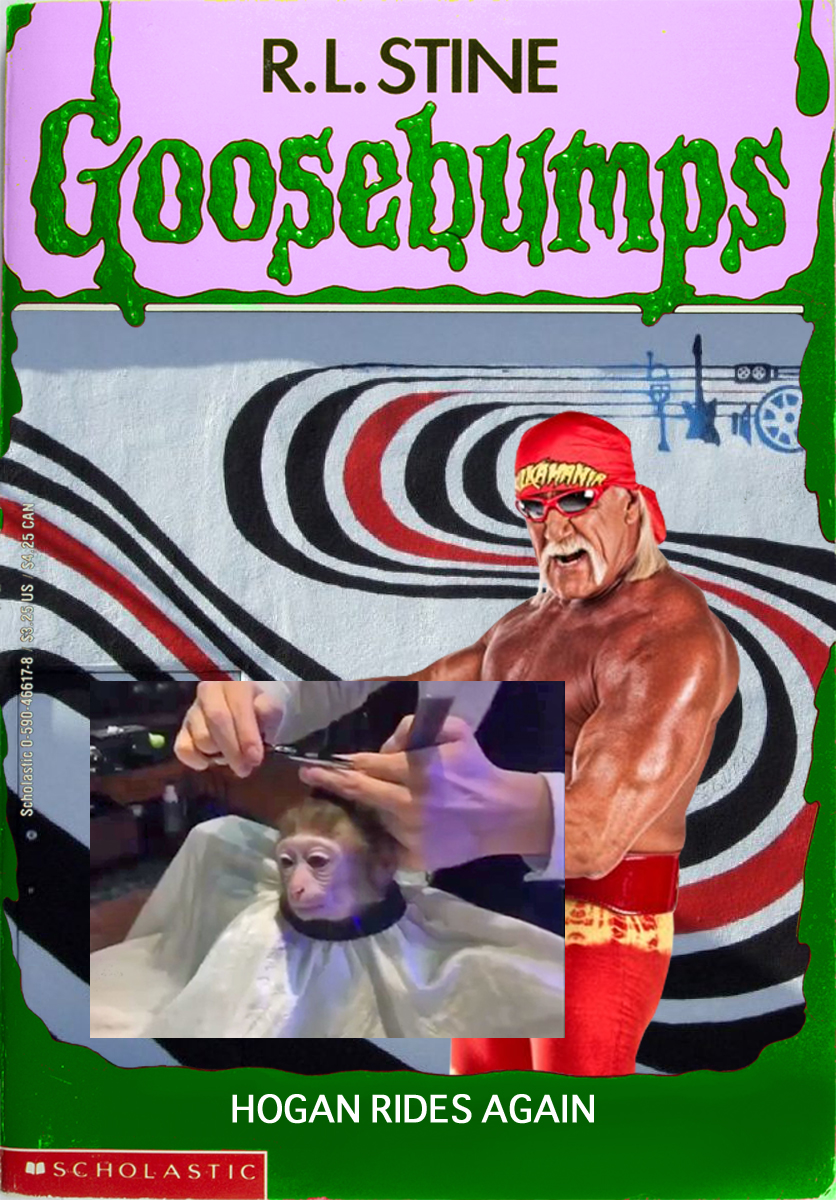 “In this one I used the Monkey Haircut meme on a picture of Hulk Hogan in front of the famous ‘Elliot Smith wall’ in Silverlake, Los Angeles. Topped it by putting it all on a Goosebumps book. This one really spoke to a lot of people.” 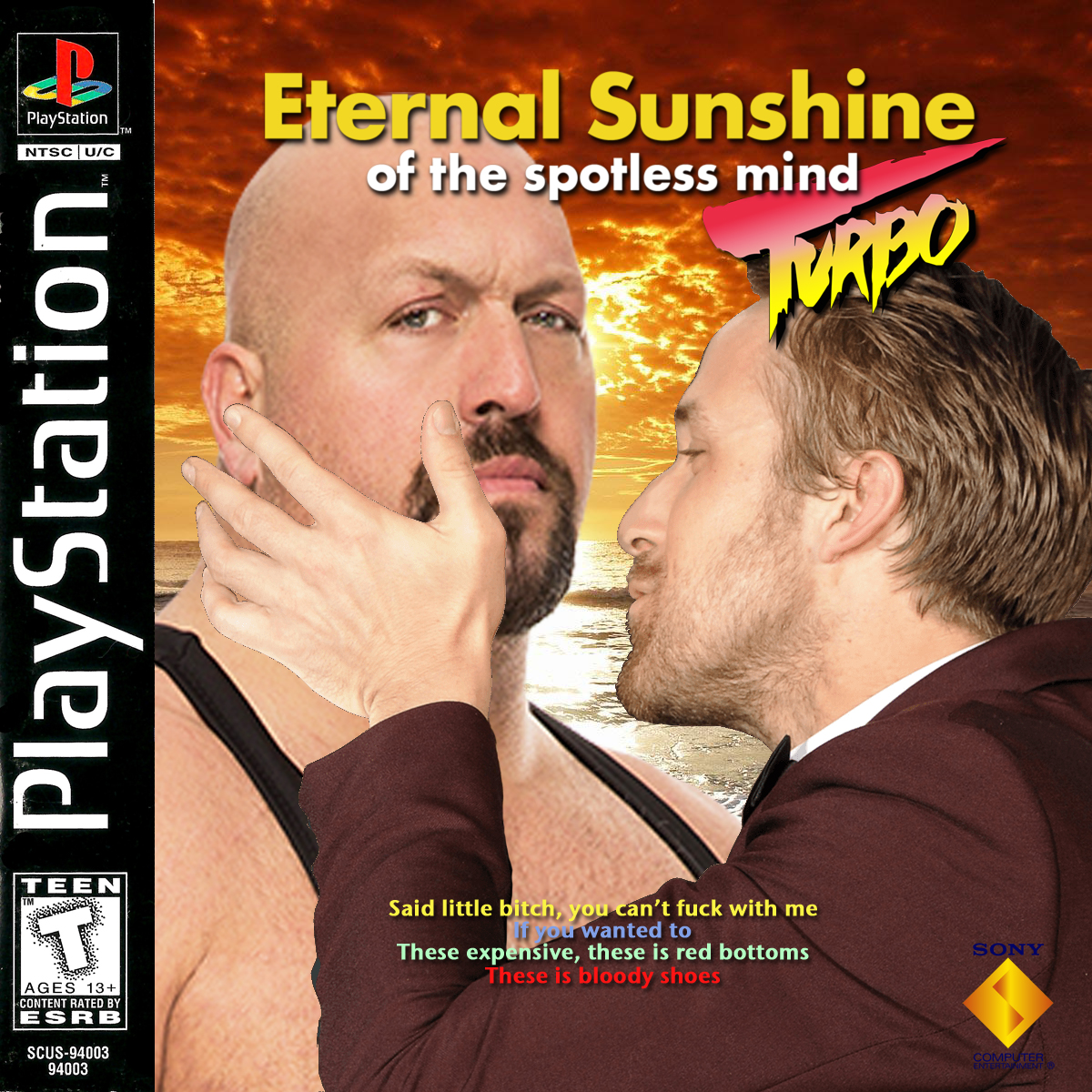 “Very hot video game for the original Playstation featuring Ryan Gosling kissing the 7-foot-tall future WWE hall of famer, The Big Show. Some Cardi B lyrics in there just to be safe.”

Silicon Valley’s El Alto, One of the Year’s Most Anticipated Restaurants, Shutters After Just 6 Months

American Consumers Are More Concerned Than Ever About Sexual Wellness, Hims & Hers Report Finds