A weird year calls for a weird soundtrack, and 2017 did not fail to represent. So many new and different sounds were intriguing in so many new and different ways that this list went through several iterations before finding the form it ultimately assumed. What was the guiding principle behind it all in the end? Good question! We ourselves would like to know, but alas, finding an easy through-line has proven elusive. What can be said for sure is that each of the releases below shares space in a kind of Venn diagram for instances of music and art intersecting. Somewhere in such circles are dots worth charting.

What follows is a list, in no particular order, of albums that lingered throughout the year—with a Spotify playlist embedded for streaming at the bottom of the page. (One track from each album was included, and, to be honest, certain albums were selected in part for how their respective songs helped coalesce the sequence of the list.) Hear, hear—and happy listening.

Various artists, mono no aware (PAN)
Another PAN release, mono no aware assembles tracks by 16 acts in an unusually dynamic and diverse anthology of transporting ambient music. I could listen to Yves Tumor’s “Limerence” for days, and there are many more like it.

C-Schulz, Frühe Jahre (Unseen Worlds)
One of my favorite labels, Unseen Worlds, resurrected this collection of singular and idiosyncratic electronic music from the 1980s and ’90s in Cologne. C-Schulz’s debut was released by Entenpfuhl, a small German label that also played home to the first album by Jim O’Rourke, and it would be hard to overstate his range of invention and disquieting sense of play on that and other tracks compiled all together here.

Various artists, Paul Major: Feel the Music Vol. 1 (Anthology Recordings)
This compilation of obscure underground artifacts and private-press gems was put together by Paul Major, mastermind of the rock band Endless Boogie and the author/subject of a companion book—Feel the Music: The Psychedelic Worlds of Paul Major—that charts his life as a crate-digger and champion of eccentrics who might strike some as akin to “outsider” artists at work in their own distinctive realms. 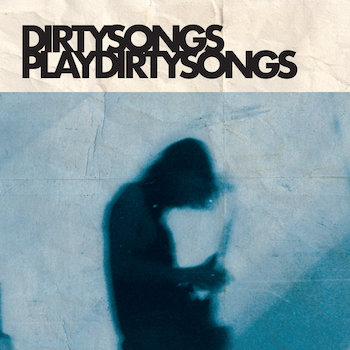 Eli Keszler, Last Signs of Speed (Empty Editions)
Eli Keszler is a percussionist with an expansive sense of what percussion could and should be. In addition to fruitful collaborations (he played on Laurel Halo’s great 2017 album Dust) and installations (he had a show with aural and visual art of his own making at 67 Ludlow in New York this year), he creates immersive recordings in which details and textures shimmer and shine.

Zimpel/Ziolek, Zimpel/Ziolek (Instant Classic)
This one I found when in Poland this year for the Unsound festival, where the duo of Waclaw Zimpel and Kuba Ziolek (of the great band Stara Rzeka) played an intensely entrancing set that seemed to fold the past and future together into a present for the ages. 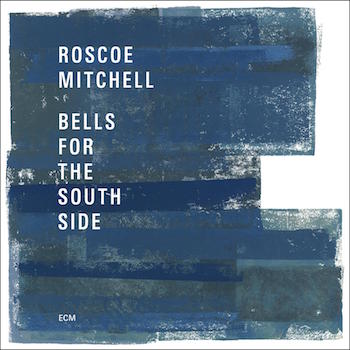 Roscoe Mitchell, Bells for the South Side (ECM)
This rangy, eclectic double-album by the fabled Art Ensemble of Chicago trumpeter was recorded live at the Windy City’s Museum of Contemporary Art in the midst of the exhibition “The Freedom Principle: Experiments in Art and Music, 1965 to Now.” It’s hard to imagine music so transcendent happening in the fleshy, foible-filled world, but it did.

Nídia, Nídia é Má, Nídia é Fudida (Principe)
This one comes from the antic and animated stable of DJs and producers behind Principe, a fantastic label devoted to dance-music sounds from the club scene in Lisbon, Portugal. Nídia produced one of the better tracks on the latest album by Fever Ray, and her own full-length offering abounds in sounds that go deep and spacey, with a propulsion that rumbles and shakes.

STILL, I (PAN)
STILL is a collaborative project overseen by Simone Trabucchi of the enterprising Milan-based artist duo Invernomuto, whose work includes a series of sculptures, installations, and a feature-length film focused on colonial crosscurrents coursing between Italy, Ethiopia, and Jamaica. The sound of STILL is a sort of digital dancehall/reggae invocation, with six Milan-based African-Italian vocalists calling out with a sense of urgency and purpose.

Jlin, Black Origami (Planet Mu)
On her second album, the Gary, Indiana-bred producer Jlin extrapolated on the fractious, expansive sound of Chicago footwork and ventured into new rhythmic territory with few familiar markers to lead the way. She’s also been working on a stage project with the choreographer Wayne McGregor, so expect to see her sounds take on new bodily forms in the future.

Umfang, Symbolic Use of Light (Technicolour)
Umfang is a co-founder of Discwoman, a New York-based enterprise involved with collectivizing DJs and producers, and an event organizer behind a series of parties titled Technofeminism. For her first album for a subsidiary of the label Ninja Tune, she alternated between woozy ambient excursions and rhythmic bangers with a rough-hewn, hand-forged feel.

Pep Llopis, Poiemusia La Nau Dels Argonautes (Freedom to Spend)
Reissued from a 1987 album from Spain, this dreamy concatenation brought me as much wonderment and pleasure as any musical release of the year. Glimmering electronics mingle with strings and orchestral arrangements inclined toward minimalism (à la Philip Glass, Steve Reich, et al.), and Pep Llopis—unknown to me before he was showcased by the shrewd label Freedom to Spend—has a way with wandering that rewards the journey time and time again.

How to Make a Widow’s Kiss, the Apple Brandy Cocktail That’ll Make You Weak in the Knees

‘I Was in Prison. Now He Is’: Ronnie Spector Gets Raw on Phil Spector in Unearthed Audio

The Best Massage Oils for Every Purpose and Occasion