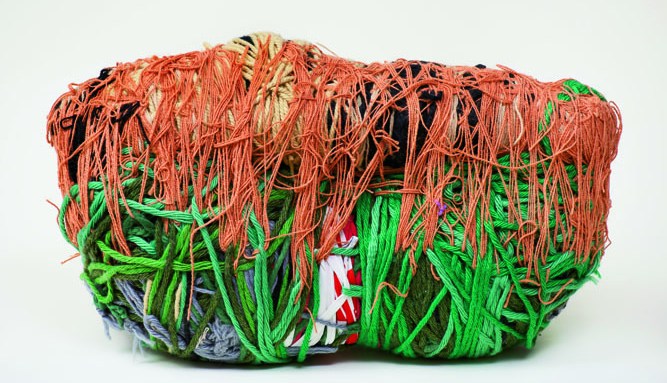 Stuart Comer is chief curator of media and performance at the Museum of Modern Art in New York. He is co-organizing a Bruce Conner retrospective at MoMA and a Mark Leckey survey at MoMA PS1, both of which will open in 2016.

Comer recently spoke with A.i.A. about 10 of New York’s most noteworthy spaces, exhibitions and projects in 2015.

In anticipation of the Studio Museum’s expansion, they are closing this remarkable chapter of their history with a bang. “Stanley Whitney: Dance the Orange,” “Lorraine O’Grady: Art Is. . .” and last year’s “Charles Gaines: Gridwork 1974-1989” were among the outstanding exhibitions that set a higher standard than ever for the institution. Similarly, this year’s Studio Museum artists in residence—Eric Mack, Lauren Halsey and Sadie Barnette—suggest that the museum will continue to be one of the most vital incubators for artistic talent in the city.

Bronx Museum of the Arts

The Bronx Museum has become one of the most rewarding programs in New York, with exhibitions providing an essential archaeology of artists critical to rethinking the cultural history of New York and its shifting international position. “Jaime Davidovich: Adventures of the Avant-Garde” felt like justice had been served for a major media pioneer. Like the museum’s 2012 Juan Downey survey, it was a crucial show for considering important links between Latin America and New York during the 1970s. “Martin Wong: Human Instamatic” provided not only a rich focus on Wong’s painting practice, but surprising insights into the many communities he enriched. And “¡Presente! The Young Lords in New York,” a collaboration with El Museo del Barrio and Loisaida Inc., was a charged assessment of this key Puerto Rican collective. The exhibition felt more than urgent at a moment in which many artists are reconsidering the interface between their work and the city’s political life and economic conditions.

Bridget Donahue’s gallery has been open a mere 10 months, but her program has already distinguished itself for its clever balance of spark, sass, rigor and commitment. Too many galleries and institutions “repurpose” historical figures to name-check superficial affinities with more recently launched artists. Donahue already has contributed enormously to the understanding of artists like Lynn Hershman Leeson and Susan Cianciolo, while providing foundational shows to emerging artists like Martine Syms and exposing artists previously underknown in this country, like London’s John Russell. The cumulative effect is one of integrity and complex historical continuity with subtle and surprising connections between artists.

There is no question that Hito Steyerl occupies a unique and singular position at the moment, both as a theorist and as an artist. The Berlin-based artist’s survey at Artists Space was one of the strongest arguments to date for her practice. Its stunning display beautifully articulated her interest in expanding the architectural and spatial dimension of her critical essay films. This was particularly true with Liquidity Inc. (2014), a meditation on Jacob Wood, a former Lehman Brothers analyst. Bathed in aquatic, chroma key blue, the installation dissolved any lingering boundaries between the virtual space of the screen and the surrounding world, prompting visitors to ride a wave of image and data flows that evoke the financial and ecological maelstroms of disaster capitalism.

The Halprin workshops were a unique partnership between the avant-garde dance pioneer Anna Halprin and the leading American landscape architect Lawrence Halprin. Dance, architecture, movement, nature and manmade forms came together in powerful ways. The unique cross-disciplinary forum took place through workshops along the Northern California coastline. Geared towards encouraging collective practice and environmental awareness, the many innovations generated by the workshops remain central to the DNA of artists working today in dance and socially engaged practices. The Halprins now seem like missing links to a number of key developments of the past several decades, and this exhibition (organized by the Graham Foundation in conjunction with the architectural archives at the University of Pennsylvania) was a crucial step in articulating the intelligence and energy of their visionary approach to community and cultural ingenuity.

Judith Scott, at the Brooklyn Museum

“Judith Scott: Bound and Unbound” was the first major retrospective of Scott’s vivid, cocoon-like sculptures. Her works are magical time capsules, each beginning with a found object that became concealed and bound by the artist under layers and layers of vibrantly colored yarn. Each magnificent, mummified form feels like a word in a mysterious, coded language that Scott crafted over the 20 years that she produced work. Born with Down syndrome, she was deaf and never learned how to speak. After being institutionalized for over 35 years in Ohio, her deafness undiagnosed, she was brought by her twin sister Joyce Scott in the 1980s to the Bay Area. There she was enrolled in Oakland’s Creative Growth Art Center, a workshop founded for physically and developmentally disabled adults. The work that Scott produced there has incredible force, and in Brooklyn it was given the focus and context it richly deserves.

Last year the Swiss Institute launched the inaugural edition of its Annual Design Series with the wonderful “Fin de Siècle,” an exhibition curated by the Greek-Norwegian architect Andreas Angelidakis in homage to Eugène Ionesco’s 1952 play The Chairs. This year the second edition, curated by Felix Burrichter, suggests that the series will continue to be an unmissable affair. Burrichter is best known as the founding editor of the clever and irreverent design magazine PIN-UP. Riffing on Le Corbusier’s controversial Pavillon de l’Esprit Nouveau at the 1925 Paris Exposition des Arts Décoratifs, this survey of innovation in contemporary furniture design posed as a conceptual show home for the 21st century. Works by over 30 international designers and artists working with new technologies and production methods were organized in a range of domestic settings. Immersed in a green screen environment, visitors were instantaneously rendered within these settings on surrounding flat-screen televisions. The show was a cunning suggestion that the precarious confluence of surveillance and entertainment has radically transformed the sanctity of domestic space.

The launch of the Cologne and Berlin-based Galerie Buchholz’s first space in New York offered a rich introduction to the world of French writer Raymond Roussel that felt as timely as it was marvelously anachronistic. The luxuriously dense and rich display of material made it clear why so many artists continue to draw inspiration from Roussel. One vitrine in the show dedicated to Roussel’s travelogue Impressions of Africa (1910), made it particularly clear that a substantial reconsideration of the impact of Roussel’s work on Marcel Duchamp and Francis Picabia is long overdue.

Mass Effect: Art and the Internet in the 21st Century, edited by Lauren Cornell and Ed Halter (MIT Press)

Among the many notable projects that Lauren Cornell and Ed Halter achieved this year—not least of which are the New Museum Triennial, which Cornell co-curated with Ryan Trecartin, and the ever-inspiring program at Light Industry, which Halter co-organizes with Thomas Beard—this book arguably will have the most enduring impact. The ambitious anthology relaunches the New Museum’s landmark series of critical readers originally initiated in the 1980s. Much as the original series was central to the discourse of the time, this volume provides an intelligent and coherent guidebook through which to gain critical perspective as we continue to navigate the seismic shifts of the digital world.

This introduction to the spectral world of Rasdjarmrearnsook highlighted the artist’s particular fascination with life, death and language. Among many artists at the moment working through notions about our encounter with nature, about ritual, about imminent death and destruction, Rasdjarmrearnsook’s work seems uniquely pointed and poignant.