Halfway through Volume 1, a new book of photographs and other imagistic mementoes by the former R.E.M. frontman Michael Stipe, is a picture of a bare male body twisting. There’s no face or any other easily identifiable features to see, and the twist is only just barely that—it could be a simple leaning-over captured dramatically or merely an in-between moment that wouldn’t seem to have much to offer to posterity. Nonetheless, there’s an alluring trace of dance in it—and a sense of certainty and forthrightness made only more potent by the hints of sheepishness and bashfulness it exudes. It’s a little awkward but also in-your-face, full of questions yet strongly, convincingly, sure of itself.

For all of that, the picture could serve as a sort of stand-in for its photographer, who snapped the image of his friend, named Hero, in San Francisco in 1998. Stipe’s photographic sensibility, as represented by the 25 photos of his in Volume 1 dating from 1980 to 2015 (plus a few older ones he collected by other photographers), seems to have a special affection for the kind of characteristics that made him an unlikely but also unmistakable rock star. On stage with R.E.M., he was known to command attention by seeming to want to avoid attention as much as possible, and as a singer, his voice was revered as much for its wordless murmurs as for its Southern Gothic growls. He was a globetrotting glamour puss who also identified with the homespun charms of Athens, Georgia, and he was a cause-minded spokesman with a sense of spectacle but also a habit for genuine thoughtfulness that couldn’t help but give the masses pause. In his pop-transforming prime, Stipe seemed touched by a singular ability to reconcile a clash of ostensible paradoxes and contradictions into a peculiar but universalizing whole.

Since R.E.M. disbanded in 2011, he has worked toward different but complementary ends as an artist in a variety of mediums, from installation projects and sculpture to video work and photography, which has been a passion of his since he was teenager. For Volume 1, he granted access to thousands of pictures he had taken over the decades (Stipe is now 58) to the curatorially inclined artist Jonathan Berger, who selected a slim but layered and evocative group of pictures with suggestions of narrative cohesion over the years. “There’s often a logic that’s deeply personal for him but that the outside world wouldn’t necessarily understand,” Berger said of Stipe’s way of looking at his surroundings. “I tried to make threads where things collided or piled up in a way that may make intersections or moments or motifs.”

Of the tenor of the book, Stipe said, “There’s certainly intensely personal and diaristic images. I never really wrote, except for pop lyrics—I took photographs as a form of diary.” He was sitting alone at his kitchen table at his home on the Lower East Side in Manhattan, where he spends time when not in Berlin or Athens, surrounded by art and objects and belongings that could count as both: glass-encased runway heels by Alexander McQueen, books by Hans Haacke and Christopher Isherwood, a Polaroid camera that once belonged to Andy Warhol.

The conversation careened. A passing mention of Werner Herzog and Mikhail Gorbachev prompted a tale of an unlikely convergence from years ago: “Sometimes I wake up and I’m like, ‘My life is so surreal,’ ” Stipe said, before recalling an appearance he made on an Italian TV show. “They took me to the dressing room, I looked at the names on the door, and I was like, ‘This is the wrong room—no, no.’ ” He was in makeup and ready for the cameras but was startled to learn that, before taking his turn in the spotlight, “me, Gorbachev, his wife, Raisa, and Cher were all in a dressing room together, in the north of Italy for this live TV show. That was one of my most memorable holy-shit-my-life-is-so-surreal moments.” (“And guess who hogged the mirror?” he added. “Raisa. Cher elbowed her way in.”)

Other moments at least slightly like that feature in Volume 1, though in a more intimate register only possible among friends. Famous figures abound, but their names are only identified in a key in the back of the book, after all the pages have passed. And few of the photographs comport themselves in anything like a direct or conventional manner. “I noticed that he very often opted not to take pictures of peoples’ faces,” Berger said of looking through Stipe’s decades worth of photos. “I found, with people he was close with, that was a way of him relating—it was about zeroing in on something really true to his understanding of who they were. There’s real intimacy in that.”

“A portrait doesn’t have to be a face,” Stipe said. “It can be any part of a person. You don’t have to look any further than Patti Smith: for her, a portrait is a picture of a desk that belonged to a writer who’s been dead for 80 years or a pair of ballet slippers from Nureyev. A portrait can take many different forms.”

More than a few portraits in Volume 1 focus on hands, such as an arresting one of Kurt Cobain from 1993. “The whole time we knew each other, I never took a picture of his face,” Stipe said of the late Nirvana frontman, who would visit him in Athens as a sort of mentor for what it could mean to be a rock star without succumbing to soullessness. “We were outside in a garden and he was doing this beautiful gesture, moving his hands closer to me. Then I took this picture, which is out of focus but it doesn’t matter—you get what it is.” On Cobain’s left hand are the ink-scrawled words “Syd list” (maybe a note to add the Golden Palominos singer Syd Straw to a concert guest list, though it’s not clear) and a ring that he and Stipe exchanged. And what about the wristwatch? “Someone said, ‘Oh, that’s a Gary Shandling watch,’” Stipe said. “I was like, ‘Really? Are you sure?’” 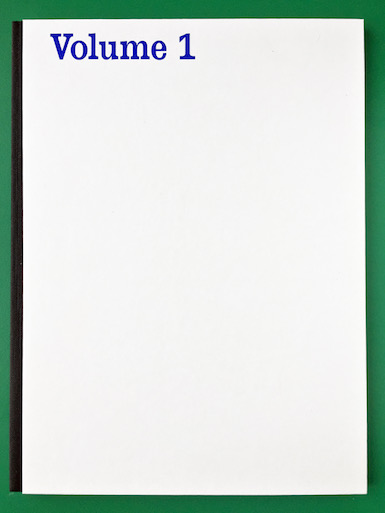 Backs feature prominently as well, in pictures of subjects including William Burroughs, River Phoenix, and Stipe’s partner, the photographer Thomas Dozol. And there are other modes of obfuscation that double as forms of poetic exposure: see a picture of Libby Hatmaker giving a steely gaze from behind a pair of oversize sunglasses. “You don’t know who it is,” Stipe said, “but she’s a painting conservator and animal advocate and a professor of art [at the University of Georgia] who looks for all the world like Joan Didion.”

Berger, who has worked with Stipe in the past (including on a residency project at New York University that functioned as a sort of open classroom and evolving installation in 2014), said he came to Stipe as a visual artist by way of mosaics of images on his Tumblr. “One day it would be all kouros statues from the Met mixed with seahorses, and the next day something with pyrite mixed with fractals,” Berger said. “It was incredible to see the way he saw culture and put disparate things together. It was a way of understanding how his brain worked and how he was the sort of magical, almost alchemical person that he is.”

Berger knew some of that alchemy from growing up as an R.E.M. fan who also treasured Stipe as an “idiosyncratic, iconoclastic queer figure who was a renegade independent.” “I remember distinctly feeling so lucky that there was someone queer who was that visible and complicated and existing in a way where queerness was about being an individual and not about conforming or subscribing to something, or even answering questions about your sexuality,” Berger continued. “It was a kind of radicality, like, ‘I’m not going to answer your questions. We’re going to keep this a conversation because that’s much more interesting than me giving you an answer and you putting me in a box.’ As a kid, I was amazed by that and the way he moved through the world as a deeply eccentric, radical being—an artist and a true individual and a freak in the mainstream.”

Different legacies of queerness figure in Volume 1, in Stipe’s own photographs as well as others from collections of archives he has acquired over the years, many of them connected in some or other way to queer culture in the United States. One is a nude portrait of a student of 19th- and early 20th-century artist Thomas Eakins, whose sexuality has been a point of conjecture. “His stare down the barrel of the camera to me is like the first selfie,” Stipe said of the picture from ages ago. “It’s this absolute confidence of self and acknowledgement of ‘Here I am, in all my glory. Here I am—take it.’ “

Another is a picture of a birthday party at Studio 54 for Roy Cohn, the notorious political operative and villain in Angels in America (and mentor for the monstrousness of Donald Trump). “I want to get it out of my life as soon as possible,” Stipe said of a Cohn archive he acquired out of curiosity at auction years ago. “I’m hoping an institution will take it.” In the photo in Volume 1, spied from up above are tables at a dinner party populated by an eclectic crowd including Brooke Astor, Steve Rubell, Victor Hugo, Henry Kissinger—“and, of course, Andy Warhol.”

Another image at the end of the book dates back to the beginnings of R.E.M., whose 1983 debut album Murmur featured an indelible image of kudzu photographed by Stipe himself. “It’s beautiful and odd, and it’s still there,” Stipe said of the site in Athens where he brought his camera all those years ago. The picture in the book shows shows his sister and a friend, who stepped out of the frame for the version that the record featured, but both came from the same time and place. “I took three rolls of film,” Stipe remembered. “I printed them with my roommate at the time in a dark room we set up in our kitchen.”

Flashbacks like that and links between different aspects of a life lived in front of and behind the camera make Volume 1—the focus as well for a gallery exhibition, “Infinity Mirror,” this summer at the Journal Gallery in New York—a sort of diary put on open view, for public but also private use. “The beating heart of the book is about family and connections,” Stipe said, “and how you create or build a family of your own.”

With a New Constitution, an Old Question: What Next for the NCAA?

We Asked an Expert How To Lose Weight Without Exercising