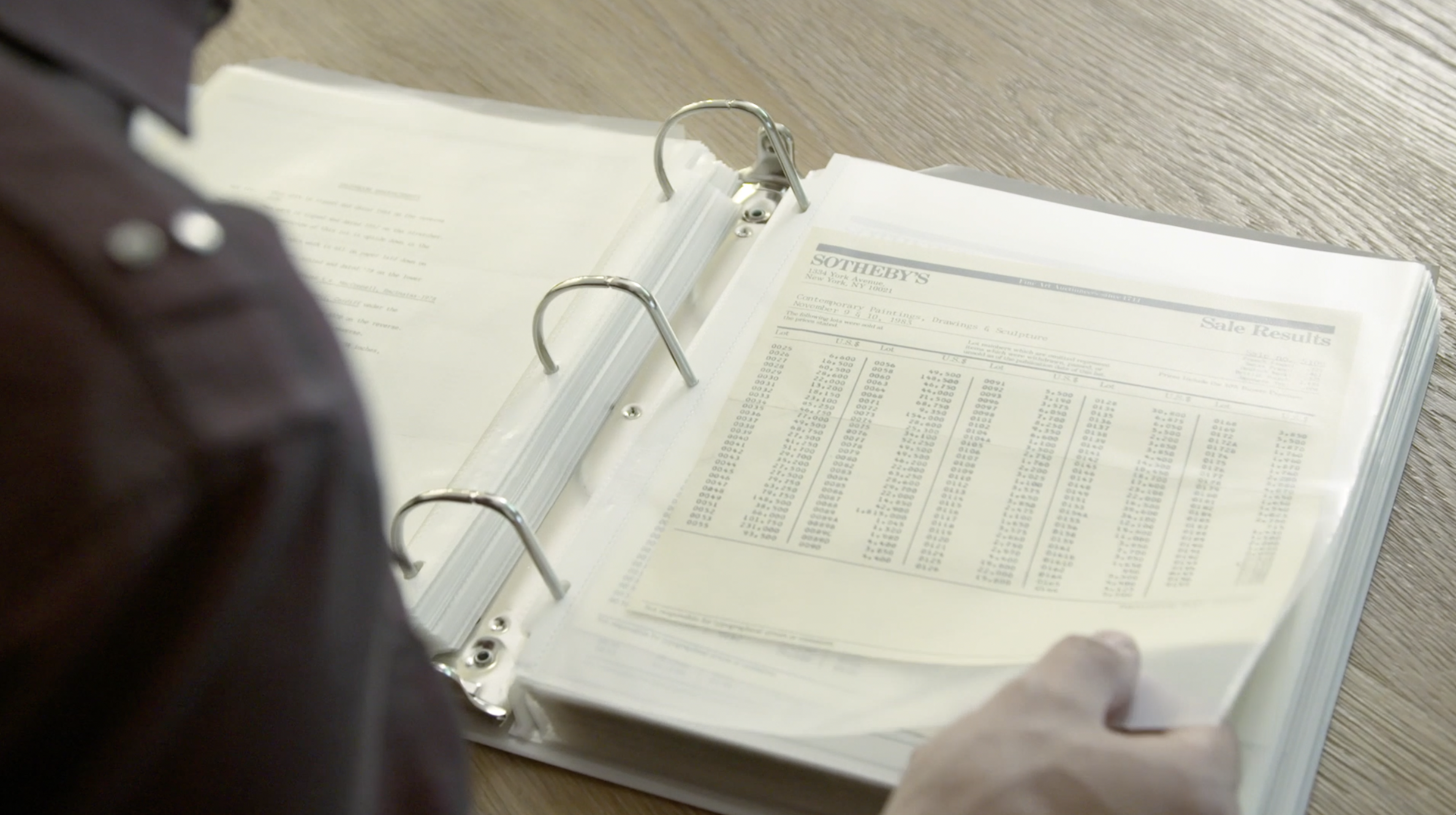 Last month, a crowd gathered at Christie’s Rockefeller Center headquarters to bid on the collection of late tech billionaire Paul G. Allen, a masterpiece-packed event that would end up bringing in a record $1.5 billion. Among the art world’s heavy hitters was a relatively new entrant: a five-year-old art-finance start-up called Masterworks, two executives from which were vying for an abstract painting by Gerhard Richter.

Over the past few years, Masterworks, founded in 2017 by serial tech entrepreneur Scott Lynn, has been amassing artworks to feed its unique business model. In short, selling fractional shares of securitized artworks by blue-chip artists to everyman investors, effectively treating artworks like a publicly traded company.

In 2021 Masterworks raised $110 million in Series A funding, led by Left Lane Capital and including funding from Tru Arrow Partners, cofounded by MoMA board member Glenn Fuhrman. The backing valued the company at more than $1 billion. By this past February, the company had bought more than 100 paintings to the tune of $450 million (according to internal documents, that figure rose to $475 million by May).

Behind the scenes, however, things have been rocky, according to interviews with more than 20 current and former employees, almost all of whom asked for anonymity due to fear of legal retaliation. Throughout 2022, and at times before, the company has weathered conflicting business strategies, rifts between management and key teams and nonexistent human resources practices, sources said.

Underpinning those conflicts were employee incentive structures and selling tactics that some former staffers viewed as ethically questionable and that experts say may have put them and the company at risk of violating Securities and Exchange Commission (SEC) and Financial Industry Regulatory Authority (FINRA) rules and regulations.

Lil Yachty, Rae Sremmurd And All The Songs You Need To Know